What changed in the AK Party after the Sixth Ordinary Congress

President Erdogan's statement that “We will not surrender to those who act like a strategic partner but make us a strategic target,” clearly reflects the fact that Turkey will not take a step back in its approach to the latest row with the U.S. Thus, contrary to all political and economic manipulative acts, Turkey is determined to protect its rule of law and autonomy. 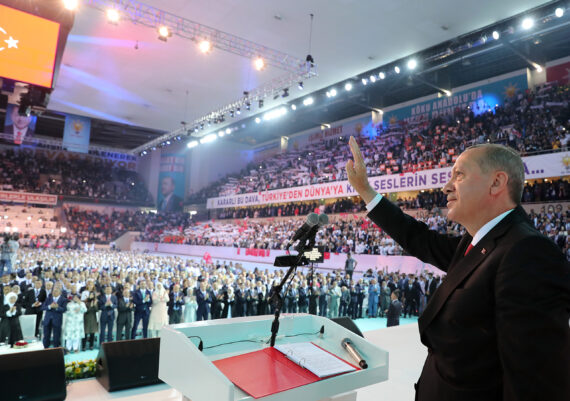 On Saturday 18 August, the AK Party held its Sixth Ordinary Congress in which it created new executive boards. Since the establishment of the party, all ordinary and extraordinary congresses have been seriously important in determining the party’s politics in the following terms. These congresses have been important not only due to the creation of new executive boards but also because they underline the party’s position on ongoing critical issues. The last Congress included important messages on current issues such as the ongoing U.S.-Turkey row and the state of the Turkish economy.

It is important to evaluate the changes in the newly formed executive boards of the party before going deeper into other issues. The AK Party, as was expected, made significant changes in both the Central Executive Board (MYK) and the Central Decision Board (MKYK). Almost half of these authorization bodies were renewed. More, both in the MYK and the MKYK, women and young people were appointed to sensitive positions. For instance, the youngest member of the MKYK is a 20-year-old female. This reflects the fact that, contrary to its rivals, the AK Party takes the rejuvenation of the party’s bodies as a serious issue and puts words into practice. The party places importance on young leading cadres both within its internal bodies and among its members of parliament; the AK Party currently has one of the youngest populations in the parliament.

As was mentioned, the Sixth Ordinary Congress was striking due to the strong messages that were given by President Erdogan during a speech he made in which he emphasized Turkey’s position on current ongoing issues. This was especially necessary to the ongoing crisis with the U.S. In his speech, President Erdogan heavily criticized the Trump administration’s latest discourse on Turkey and commented on the future of Turkey-U.S. relations. The most striking comment made in this regard was: “We will not surrender to those who act like a strategic partner but make us a strategic target.” This clearly reflects the fact that Turkey will not take a step back in its approach to the latest issue. Thus, contrary to all political and economic manipulative acts, Turkey is determined to protect its rule of law and autonomy.

Beyond all these factors, the Congress and the formation of new executive boards are crucial for the party’s success in the upcoming local elections that will take place in March 2019. The executive bodies were without doubt formed in accordance with the requirements of the election campaign, and therefore the AK Party’s newly formed executive bodies include politicians that have strong local representation.

For all these reasons, the latest congress was not only important because of domestic policy issues, but also because it has reflections on Turkey’s relations and position in the international arena. The messages given at the Congress strongly underlines the fact that despite all manipulative acts coming from both national and international levels, Turkey will not make any concessions to its principals.

Also Read
What has Turkey experienced under the presidential system so far?
We use cookies to optimize your online user experience. To learn about our use of cookies and how you can manage your cookie settings, please see our Privacy Policy. By continuing to use our site you are excepting our use of cookies.Accept Cookies & CloseMore Info