What Changed With the New High School Transition Model in Turkey?

According to the new model for high school registration, students are no longer obliged to take an examination while transitioning from primary to secondary education. Approximately 90% of students will be able to register to high schools that are in the vicinity of their residence. Neither a base score nor examination result will be demanded. 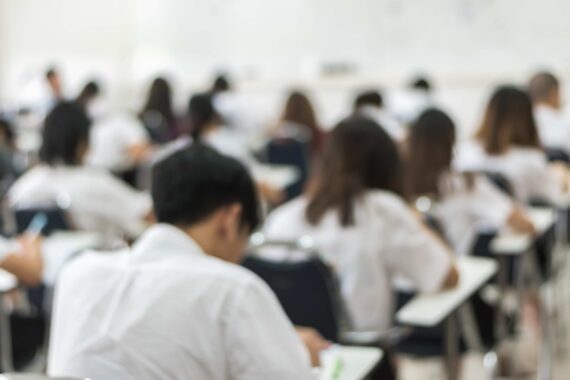 Last Sunday, families awaited the statements of National Education Minister İsmet Yılmaz, regarding the new application which is to replace the Transition from Elementary to Secondary Education Examination (TEOG). Minister Yılmaz started his statement by expressing that the transition to a “plain” and “clear” model was concluded. According to this new model, students are no longer obliged to take an examination while transitioning from elementary to secondary education. Approximately 90% of students will be able to register to high schools that are in the vicinity of their residence. Neither a base score nor examination result will not be demanded. Parents can choose among schools within a particular district.

This is a good decision as high schools were included to compulsory education with the 4+4+4 education reform. Having an obligatory examination for the transition to high school in such a system was unreasonable. However, TEOG could still be regarded as a good provisional application which allowed to manage the increased demand for high schools. Nevertheless, TEOG was provisional and it needed transformation.

Selective schools and the entrance examination

Having a limited number of schools that require advanced attainment is import for Turkey. Countries, like Japan, Korea, UK, and Singapore, which have good education systems, have similar selective school applications. However, it should be noticed that there were no inclinations to increase the number of these schools in any of these countries. Keeping the number of selective schools and their students limited will not cause injustice or inequality in the education system.

Meanwhile, an extensive explanation is yet to be made about the scope of the entrance exam to these selective schools. The ministry has so far only announced that the 6th, 7th and 8th grade curricula will be included to this exam and that the exam would consist of 80 questions in two parts, quantitative and verbal. First of all, the distinction between quantitative (math and science) and verbal (Turkish Language, social sciences and foreign language) in the exam will cause this division to be lowered to middle school level, possibly having a negative impact on courses. Moreover, this division isn’t meaningful for those who want to study foreign languages. It would be more meaningful to make this distinction based on the courses.

Moreover, if the ministry aims to associate middle schools and high schools in this process, middle school curricula should be assessed with correct types of questions in the examination. As an expert in the field of education, I believe this is necessary for a fair education. In fact, 7th grade students who are to enter the examination next year should only be assessed according to 7th and 8th grade curricula. Students who are in 6th grade now could be assessed according to 6th, 7th and 8th grade curricula. In this respect, the examination could be implemented gradually, preventing victimization. Regardless of question types, both parents and students would be relieved. Otherwise, extra-curricular initiatives and issues regarding resources will emerge once again.

It is a matter of discussion whether this new application will increase the need for unauthorized educational resources such as private lectures and private study centers (even though they are all closed down). Strong communications between the ministry and Provincial Directorates of National Education should be the priority here, as otherwise all the flues the ministry leaves in its communication will be occupied by extra-curricular initiatives or sources.  In addition, the ministry should increase the quality of education in these high schools that admit students without examination, while gradually decreasing the number of selective schools in the following years. As long as academic and social disparities exist among schools, it is not possible to prevent extra-curricular inclinations. What I suggest is not mediocritizing, or having average schools. The following 10 clauses should be prioritized in order to increase the qualities of schools and closing the gap between them without mediocritizing:

It is possible to elaborate on each of these points or to add more to the list. If all of these are realized, the inclination towards unauthorized resources in Turkey will be eradicated. The academic and social skills of students, their interest in school and the sense of belonging will be improved. Therefore, schools will become more successful academically and socially. Achieving this is also important for school administrators and teachers as their interest and sense of belonging is as crucial as students. In the new system, managing students who come from various academic and social backgrounds in the same class might be initially challenging. For instance, managing the classroom might be exhausting at first. In this respect, teachers will require professional on-the-job training support.

Could this new model trigger immigration?

I don’t foresee such mass mobility with this model. I believe parents should keep calm about this matter. Meanwhile, there might be some micro-level mobility which could be triggered through misinformation. Approaches of the real-estate markets and the media are manipulative. Great responsibility falls on the ministry and the media. The ministry should inform parents about school districts and could even establish call centers in order to answer all kinds of questions that come from parents and students. The mass media, on the other hand, should be more cautious and responsible while covering news on education and should not rely on make-up stories. Correcting false perceptions and misinformation is more challenging than assumed.

Lastly, I don’t believe that this new application, as some assume, will take the country back to the late 90s or early 2000s.  High school education was not compulsory 10-20 years ago. Therefore, the demand on high schools were not at this level. Meanwhile, Turkey’s education sociology has also changed in the past two decades, so the current situation could be summarized as “it’s all water under the bridge.”