What do People Expect From a Mayor?

Nowadays, the questions of “what is the true character of a successful mayor” and “what do people expect from mayors” has come to the forefront again. 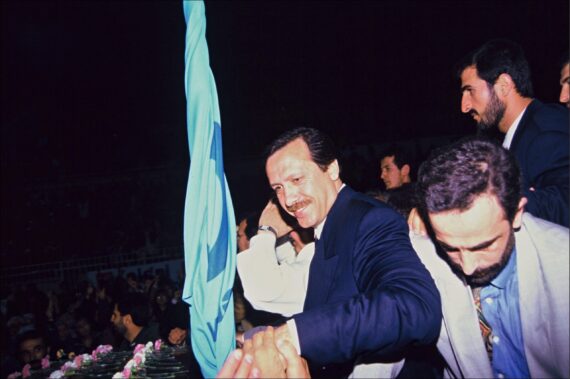 Recep Tayyip Erdogan during his era as Mayor of Istanbul, 1995. Getty Images

Almost 24 years ago, Recep Tayyip Erdogan, the current president of Turkey, had been elected as Mayor of Istanbul. Although he was one of the most popular candidates, the media did not pay much attention to his election campaign, which was so intrinsic and far beyond being ordinary. Erdogan not only proposed a unique and comprehensive map for local government, he, at the same time, foresaw a new type of governance for the country. Unlike other candidates, he was aware of the changing world order and grounded his campaign in consensual rhetoric.

“Erdogan-type politics” has become a role model in local administration since that time. Candidates standing for mayoral elections in Istanbul and other metropolitan cities claimed their dedication to follow his type of politics if they were to be elected. It must be emphasized that reflections of Erdogan-type politics on a local level still need to be examined in detail. Since he has become a role model for mayors, the main characteristics of his leading style should be understood.

Nowadays, the questions of “what is the true character of a successful mayor” and “what do people expect from mayors” has come to the forefront again. Since political parties have begun their search for the most suitable candidates, they have been taking these questions seriously. More, as was reflected in the press, some parties conducted surveys and opinion polls in order to find the best candidates serving the interests of the public. For instance, the CHP decided to use multiple methods in determining its candidates – including opinion polls, tendency surveys, and preparation reports. It is expected to see all parties to use diverse methods in determining their candidates in local representation.

Political parties take the expectations of the public into consideration. As it is one of the main characteristics identified with Erdogan-type politics, sincerity and honesty are very crucial for the personality of candidates. Surveys also show that people tend to vote for candidates that they perceive as one of them. Thus, candidates that have strong ties with the public in their electoral district have a higher chance of being selected.

Another characteristic of a proper candidate is being innovatory and reformist. The public expect to see candidates to have their own agenda beyond the political party they represent. They appreciate projects based on innovation themes or concepts rather than ordinary projects. Moreover, people want candidates to propose both short and long-term projects resolving the current problems in the local area. Indeed, Erdogan-type politics was successful in proposing both short and long-term solutions to existing local problems. For instance, Erdogan was successful in resolving the garbage problem in Istanbul in the short-term and the city’s water problem in the long-term. Thus, these capabilities are still crucial for the election of a mayor in the current period.

The public also tend to vote for candidates who they can contact when they need to. Indeed, mayors are failing to “reach people’s hearts” with the growing effect of social media. Especially after the popularity of social media, people have been increasingly complaining about the gap between politicians and society. Although social media is a good tool for politicians to reach out to the wider public, since being a high-context culture, people in Turkey still prefer direct contact. As President Erdogan pays attention to this himself, he has underlined that mayors ought to get in contact with people face-to-face rather than relying on social media channels.

There are a lot of issues that need to be underlined in answering the question as to what people expect from mayors. Nevertheless, even if this is not examined in detail, the characteristics of Erdogan-type politics are still crucial in order to be a successful mayor. Political parties should pay more attention to this since local elections are only around the corner.