What do Statistics Tell us about the Istanbul Elections?

Survey results do not properly explain why the vote difference between the two candidates – Binali Yildirim and Ekrem Imamoglu – are low and why parties, especially the AK Party, lost a significant number of their loyal voters on March 31. 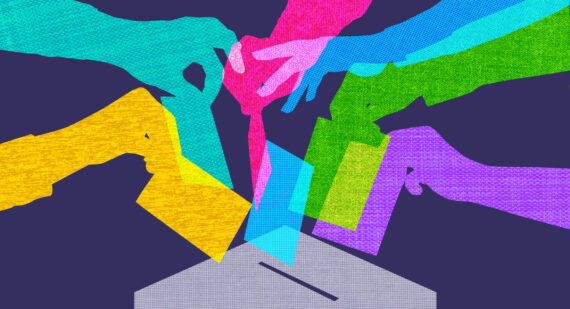 Since there is only a month left until the June 23 elections, survey companies have begun to publish their results of recently-conducted surveys. The first examples show that surveys do not propose a valid and consistent set of results for the upcoming elections. One of the reasons for this inconsistency is due to the rapid change in voting behavior. Because the election campaign period is relatively short, voters are exposed to various issues that have a potential to swing their vote day-to-day. Thus, it is crucial to merge statistical information with the specific conditions of the Istanbul elections in order to better understand ongoing dynamics in the field.

Firstly, a re-run of elections in Istanbul cannot be a flash in the pan to voters as survey companies have claimed. Since the voting behavior of the electorate is still under the influence of ideological baggage, a significant number of people will vote for the same parties and candidates that they did on March 31. So, it is obvious that the vote difference between the two candidates, the average leading margin, will not be so high.

The fact that AK Party, CHP and Iyi Party voters did not go to the polls on March 31 decreased voter turnout in Istanbul by approximately 6 per cent.

What do these numbers tell us about the upcoming elections? First, it is obvious that a significant number of AK Party voters did not go to the polls on March 31. When examined closely, most of these voters are those in areas such as Gaziosmanpaşa, Pendik, Esenler, Beykoz, Kağıthane and Bayrampaşa districts. Thus, the AK Party must focus on these districts to understand the reasons why these voters did not go the polls.

On March 31, almost 60% of voters who did not go to the polls had previously voted for the AK Party at least once.

Statistics show that the number of voters who did not go the polls on March 31 from other political parties is also relatively high. A significant number of CHP and Iyi Party supporters also chose not to go to the polls. The increase in the number of these voters decreased the voter turnout in Istanbul by almost 6 percent. Thus, all political parties need to understand why their “loyal supporters” did not go to the polls on March 31.

Some recently conducted surveys are trying to answer some of these questions. For instance, they explain the decrease of voter turnout via reactions of voters against over-politicization. Indeed, it is obvious that Turkish people are more polarized and have become over-politicized in recent years compared to the previous generation, due to extraordinary events that took place. Nevertheless, the same surveys still fail to show the causation between the decrease in voter turnout and over-politicization.

Political parties themselves must conduct field works in order to see the social dynamics beyond these statistics.

Thus, survey results do not properly explain why the vote difference between the two candidates – Binali Yildirim and Ekrem Imamoglu – are low and why parties, especially the AK Party, lost a significant number of their loyal voters on March 31. It is necessary for parties to conduct field works in order to see the social dynamics beyond these statistics.