What Does the Golden Rule of Politics Say for CHP’s Conservative Candidates? 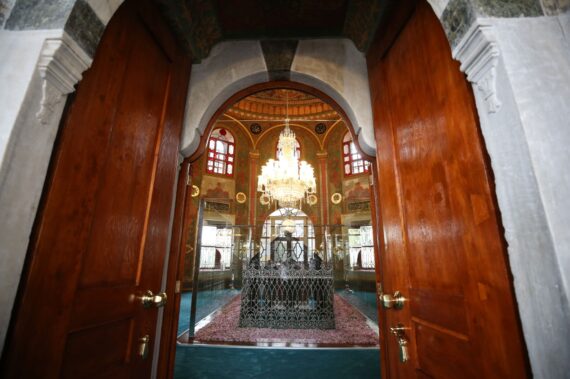 As they say, Turkey is really ruled by one man, President Recep Tayyip Erdogan. Alongside being the ruling power of the country since 2002, the leader also steers the opposition. In fact, he is influential in all political parties, including the Peoples’ Democratic Party (HDP), but he particularly influences the main opposition Republican People’s Party (CHP), which has been existent for 90 years.

Adopting a Kemalist ideology, the CHP had interpreted secularism in a way similar to the French Fourth Republic and positioned itself categorically against religion. By doing so, the party excluded all Kurdish citizens and most of the Turks on the basis of a self-proclaimed definition of “Turkishness.” For a while however, the main opposition has been following a different strategy. Although accused of manipulating religion for the sake of politics, the CHP insistently tries to assert that it does not have any problem with Islam through the candidates it has nominated for the upcoming local election. As can be remembered, the party resorted to the same tactic during the presidential and parliamentary elections in June 2018.

No one in Turkey has a problem with the republican regime, and no one aspires to turn the country back to an imperial power. But the Seljuk Empire and its successor the Ottoman Empire, which were ruled on the basis of Islamic law, left a thousand-year history and a glorious legacy to the Turkish people. The CHP and Kemalist mindset have always downplayed this history and therefore they might not be familiar with what this civilization means for people, but for the Turkish nation, the Republic of Turkey is founded on the grounds of this sublime history. And the majority of the nation, including both Turks and Kurds, uphold Islam even though the Kemalist mindset has always tried to suppress it.

Since the multi-party political system was adopted in 1946, the electorate always chose the political position not hostile to Islam over the ones trying to suppress the faith, allowing the CHP no chance to come to power alone. Being the most ardent supporter of the post-modern coup staged in February 28, 1997, the CHP received only 8.71 percent of the vote share in the 1999 elections, and could not even enter the parliament by failing to exceed the threshold. At that time, around 25 years ago, Erdogan, who has always embraced the country’s thousand-year heritage and proudly asserted his Muslim identity, appeared in the political scene.

The CHP and Kemalist mindset has always downplayed the historical heritage of Turkey and the legacies it inherited from the Seljuk and Ottoman empires. Recently, however, they show a tactical interest in using the past as part of a discursive strategy.

The local elections held on March 27, 1994, were one of the most critical elections in Turkish political history since the election results shocked the Kemalist mindset, the establishment and its legs. Becoming a candidate from late Necmettin Erbakan’s Welfare Party for Istanbul Municipality, Erdogan endeavored to address all segments of society with an all-encompassing rhetoric, he ran his propaganda in pubs and discotheques, and as a result he was elected as Istanbul mayor since Islam and its heritage was not erased anywhere, including in pubs. In his long political journey starting with the Istanbul municipality, Erdogan succeeded in 11 elections and 3 referendums. He has been the first world leader enjoying around 50 percent of the vote share in the first round of elections among his contemporaries.

Trying to read Turkey’s sociology through Erdogan’s successive election victories, CHP leader Kemal Kilicdaroglu has been trying a different method by detouring the conventional line of the party. His first move in this respect was forming an alliance with the Nationalist Movement Party (MHP) for the 2014 presidential election and nominating Prof. Ekmeleddin Ihsanoglu as a joint presidential candidate, since he has an Islamic upbringing and formerly chaired the Organization of Islamic Cooperation. But the efforts resulted in failure. In the next presidential election, he tried to form an alliance with Iyi Party leader Meral Aksener and strived to nominate Abdullah Gul, former president and one of the founders of the Justice and Development Party (AK Party), as a presidential candidate. This option did not come true as Aksener announced that she would also run for presidency. Upon that, he nominated Muharrem Ince, a CHP member with a relatively conservative family image, whose mother and sister wears a headscarf. No one was familiar with the relatives of Ince, who has always accentuated secular identity in politics and is known for his opposition to the headscarf. But he chose to appear in the campaign rallies with his headscarved sister instead of his wife, who has a secular-“modern” look.

CHP leader Kemal Kilicdaroglu has been nominating individuals that he hopes will spin the conservative vote. This was the case with Ekmeleddin Ihsanoglu, talks about nominating Abdullah Gul, Muharrem Ince, and now, Istanbul mayor candidate, Ekrem Imamoglu.

Ince started his campaign by performing a Friday prayer at Haci Bayram Veli Mosque. He included religious motifs in his speeches. One time, he said that he “performs Friday prayers every day” (Muslims perform Friday prayers only once a week, on Fridays!). Ince ended up failing, too. And now comes the third shot. For the local elections to be held on March 31, the CHP leader again chose a candidate for Istanbul that can appeal to the conservative segments: Ekrem Imamoglu. Of course, his surname, meaning “son of Imam” in Turkish, is not enough for a conservative emphasis. In the interviews he gave to the press and through his twitter account, Imamoglu released his photos taken with his headscarved mother. He started his campaign by visiting the mausoleum of the Ottoman Emperor Mehmed II, commonly known as Mehmed the Conqueror since he conquered Istanbul. So, he has become the first CHP member visiting this mausoleum and saluting the Ottoman heritage.

However, Imamoglu’s task is not easy. There was a slogan written on the walls during the Gezi Park uprising, which has been supported by the CHP leader from the first day of its breakout: “The oppression began in 1453,” denoting the date when Istanbul was conquered. Of course, Kilicdaroglu cannot be held accountable for this street writing. But the CHP leader issued a slew of statements that display his perspective on this slogan and the level of his historical knowledge. One such statement goes: “During the Ottoman period, everyone was the Emperor’s subject. The notion of nation did not exist. The notion of the Turkish nation did not exist since Ottomans looked down on and oppressed Turks.”

One of the golden rules of politics is: Imitations keep the originals alive.