What does the Snap Election Mean for the Turkish Economy?

The fact that there are only two months before the elections means that the government cannot resort to populist policies that will unsettle the fiscal discipline during this period. This is another reason why the financial markets perceived this snap election decision positively, as the stock market soared and Turkish Lira rebounded. 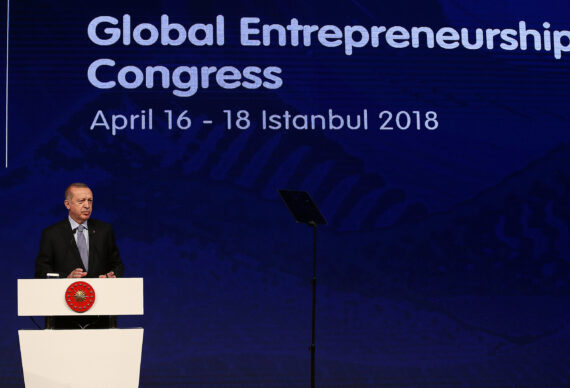 Snap election decisions have usually reasonable explanations. In Turkey, for example, political instabilities and/or economic downturns paved the way for snap elections. But, this time is different. It is known that Turkey is not confronting any political turbulence at the moment and the economy has not been in decline either. The Turkish economy surged 7.4 percent last year, beating market expectations and becoming fastest-growing economy among G20 countries. As leading indicators, such as industrial production and export activities are considered, it is predicted that the Turkish economy will grow around five percent this year. Although some economists argue that the economy is overheating, as I explained in this column before, over-heating discussions have no solid background. Although unemployment rate has not reduced to the desired level yet, the Turkish economy is creating hundreds of thousands of new jobs. So, does the decision to hold snap election constitute a bad choice in economic terms? The answer is definitely no.

Since the constitutional amendment referendum held on April 16, 2017, Turkey has been experiencing a transition period from the current parliamentary system to a new presidential system in Turkey. This new governance system is expected to provide important contributions to the development of Turkey’s economy by providing political stability, serving predictable and inclusive policies, and activating a well-functioning bureaucracy.

This transition process was supposed to be completed on November 3, 2019. The prolongation of the transition period makes it increasingly difficult to produce predictable policies. Therefore, expediting this process is a conceivable choice in terms of increasing predictability, which is especially a critical factor for the economy. Besides, as Turkish President Recep Tayyip Erdogan underlined, the dysfunctions of the old system have continued to slow down Turkey’s progress.

Politicians and bureaucrats are required to work in coordination between themselves and each other for a more rapid implementation of the investment and reform decisions that would resolve the problems directly concerning citizens such as unemployment and inflation. However, various problems have so far been observed in developing and maintaining such a coordination due to the malfunctions caused by the old system.

Although Turkey has achieved to take major steps since 2002, the country could not increase the effectivity and quality of its bureaucracy by enabling institutionalization to the full extent. The bureaucracy has failed to keep pace with the political realm in terms of ideals and practices. Unfortunately, the bureaucracy has been reluctant to take even the slightest risk on the pretext that the transition to the new system was supposed to be an extended period. Accordingly, many projects and reforms could not be implemented as desired whereas the system has been clogged. In sum, the old system has been making it difficult for decisions to be made quickly and for the bureaucracy to function properly. In this sense, the presidential system provides a good opportunity to introduce an effective bureaucracy.

In Turkey, the state has been giving support to multi-billion dollar private investments to upgrade its technology level, to increase its economic complexity, to diversity its energy mix, to improve its export performance, and to reduce its current account deficit. Notwithstanding, it is also required to see the future of the private sector in order to get productive results from these investments. Since most of these investments will start to take their form two years later at the very least, handing this crucial responsibility to the new governance system is the right choice as an action to ensure continuity. After the election, the president, ministers and bureaucrats, who will have longer terms in office, can implement stronger measures and incentives to practice the projects more smoothly and effectively.

Seeing their future more clearly after the consolidation of stability in the country, the companies can invest all their energies in their future investments or the technologies they will develop. In his official statement, the Union of Chambers and Commodity Exchanges of Turkey (TOBB) President Rifat Hisarcıklıoğlu said that “June 24th, 2018 is a very choice to enable us to throw off miasma of uncertainties hindering the business community so that we may better focus on the economic reform agenda. Turkey will proceed to pursue its goals after June 24th.” As the Istanbul Chamber of Commerce (ITO) Chairman Sekib Avdagic stated: “Snap election offers good prospects for the real sector at most. The business world will move investment decisions ahead. With the stronger system of governance in the country, the competition for production will start a year and a half earlier.”

Uncertainty is one of the primary aspects that markets fear. Under normal conditions, early elections mean uncertainty. But this is not the case for the current state. For about six months now, economy circles have been discussing the possibility of a snap election. In an atmosphere where early election speculations were made, although there was around a year and a half before the elections, uncertainties inevitably started to arise. Uncertainties could create a risk of slowing economic activity.

Such environments only favor the speculators who feed on risks at most. For a while, those engaging in speculative moves on exchange rates by giving the emergency state and geopolitical risks as a pretext have exerted intensive pressures on the economy in line with their own interests. The early election decision has impeded the efforts of such speculators and the ones seeking to change the course of domestic and foreign policies by putting the economy in a tight spot.

The fact that there are only two months before the elections means that the government cannot resort to populist policies that will unsettle the fiscal discipline during this period. This is another reason why the financial markets perceived this snap election decision positively, as the stock market soared and Turkish Lira rebounded. The Justice and Development Party (AK Party) governments have never implemented populist policies during any electoral period by considering the future of the Turkish economy even though it went against their own political interests. The government would probably not have used this political card even if the elections were held on the scheduled time. Bringing the elections forward has also enabled the government to demonstrate to the markets that it is not motivated by frivolous political interests and attaches importance to the fiscal discipline by ending the nonsensical election economy debates revolving around the finance markets.

Early elections usually stand as the second-best choice but it can be the first choice under the above-mentioned conditions. In fact, the rise in the stock market and the fall in exchange rates just after the snap election decision indicated this. With its new governance system, Turkey can implement reforms and policies in a systematic, predictable, coordinated and decisive way, making the future of the Turkish economy brighter.