What does Turkey want in Iraq?

The fundamental reason for Ankara’s close interest in Iraq is the country’s failure to ensure security within its own territory and its failure to prevent the PKK’s deployment in northern Iraq. 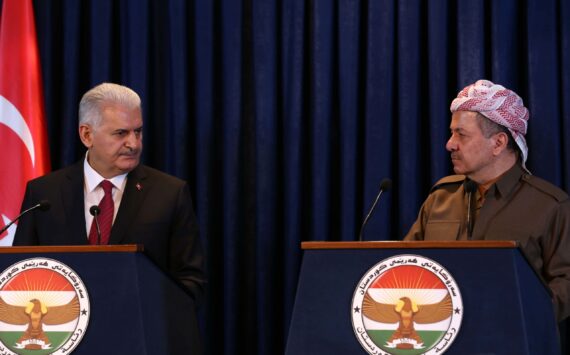 Iraq has lately been the focal point of world politics due to the discussions regarding the Iraqi Kurdistan independence referendum, which has been urged by the Kurdistan Regional Government (KRG). Apparently, no country in the region other than Israel supports the referendum. Iraqi Kurdistan President, Masoud Barzani’s insistence on holding the referendum has even played a role in converging Ankara, Baghdad and Tehran administrations.

While it is more than natural for the referendum to be discussed within Turkish media circles due to the territorial proximity with Iraq, the discussions conducted often go too far as policy recommendations that will strain Turkey are made. Within these discussions many facts are distorted and this unavoidably leads to growing confusion within the public. Due to this reason, it is crucial to clearly answer and understand the question as to what Turkey desires and expects from Iraq.

First, the leading subject matter Turkey pays attention to within its Iraq policy is preventing the outlawed PKK and other terror groups from using the country’s territory. The fundamental reason for Ankara’s close interest in Iraq is due to the country’s failure to ensure security within its own territory and its failure to prevent the PKK’s deployment in northern Iraq. Maintaining a successful fight against the PKK within its own borders, Turkey primarily confronts Iraqi territory when it concentrates on cutting off the external sources of the terrorist organization.

As Baghdad and Arbil cannot or do not impede Qandil’s employment as the PKK headquarters, where the terror attacks against Turkey have been plotted for years, the PKK aspires to expand its domain to Sinjar by taking advantage of the upheaval stirred by Daesh. The PKK’s rising influence in Iraqi territory inevitably increases Turkey’s interest in the country. If the PKK seizes territory in Iraq or Syria, Turkey’s fight against the terror group will have a poor chance to succeed. Therefore, Ankara’s fight against the PKK begins from Iraqi and Syrian territories and extends to as far as Germany, Belgium and even the United States.

The second most important aspect of Turkey’s Iraq policy is the protection of the country’s territorial integrity. Considering the current Iraqi Constitution, it can be stated that the KRG’s insistence on independence is far from being rational. This is due to the fact that the KRG is quite influential in the country’s administration, as it rules federated areas with its autonomous parliament and government and has its own armed forces. This venture Barzani has undertaken in order to guarantee the political future of his own family, as he is cornered in domestic politics, is likely to bring a series of devastating consequences to the entire Middle East. Therefore, Ankara objects to the independence referendum to avert such a ravage.

Moreover, the third important feature of Turkey’s Iraq policy is the protection of Iraq’s independence. This goal means objecting to turning the Baghdad government into a puppet controlled by Tehran or Washington. The Iraqi government’s increasing reliance on the United States or Iran leads to developments that upsets the delicate balance between Shia Arabs, Sunni Arabs, Kurds and Turkmens in the country, and certainly leaves the country in constant chaos. The uprising of Sunni Arabs and the subsequent rise of Daesh following the extreme Iran-focused policies of the Maliki period can be drawn as a reflective example to this.

In addition, guaranteeing the rights of Turkmens is another subject Turkey attaches importance to as part of its Iraq policy. The Turkmens in Iraq regard Turkey as a guarding power regardless of their sects, which lays an extra burden on Ankara.

The final objective that stands out in Turkey’s Iraq policy is sustaining and improving economic cooperation with the country. During the tenure of the Justice and Development Party (AK Party) governments, the approach that lays emphasis on economic cooperation in the context of relations with other countries, especially neighbors, has also been effective in the relations with Iraq. In this framework, Iraq has become Turkey’s third largest export market. Considering that a great deal of this export is made to the KRG region, it becomes more understandable that Ankara would not wish to jeopardize its relations with the Arbil administration. However, due to the above-stated security concerns, the main determinants of Turkey’s Iraq policy have inevitably been the PKK question and Iraq’s territorial integrity.