What is behind the Crisis in the Gulf?

Gulf states have been at the center of the world’s attention since the May 20 Riyadh Summit, where President Trump addressed Arab and Muslim leaders from more than 50 countries. The gathering of Arab and Muslim leaders in an already tense political atmosphere meant a lot to the observers of the Middle East, but the real story was Trump’s choice of Saudi Arabia for his first official visit as the US president. 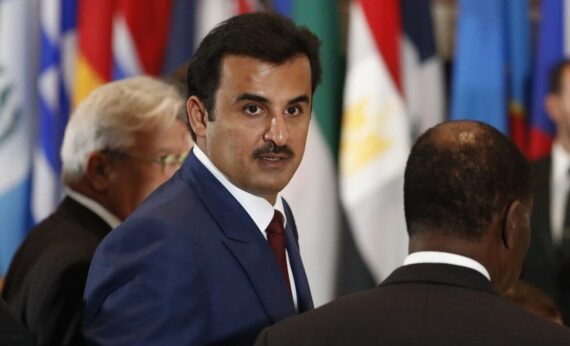 Gulf states have been at the center of the world’s attention since the May 20 Riyadh Summit, where President Trump addressed Arab and Muslim leaders from more than 50 countries. The gathering of Arab and Muslim leaders in an already tense political atmosphere meant a lot to the observers of the Middle East, but the real story was Trump’s choice of Saudi Arabia for his first official visit as the US president. The world was discussing why Trump decided to first visit this Muslim state in the Middle East, despite his speeches and ideas on Islam. But the Trump effect in the Middle East and the implications for policy-making of his strategic visit lasted a short time, and the world found itself in a new a diplomatic crisis between Qatar and Bahrain, the UAE and Saudi Arabia.

Trump and his Saudi partners announced the opening of the Global Center for Combating Extremist Ideology, which aims to fight against radicalism and terror in the region, in addition to a $110 billion military and arms deal. Trump was not the only partner to the Saudis – the UAE and Saudi Arabia also decided to support Ivanka Trump’s promotion of the World Bank’s Women Entrepreneurs Fund with $100 million in financial aid. Hence, Trump was quite right when saying “That was a tremendous day. Tremendous investments in the United States… Hundreds of billions of dollars of investments into the United States and jobs, jobs, jobs”.

On May 23, Qatar faced a cyber-attack on the Qatar National News Agency (QNA) and news soon broke on a pro-Iran and pro-Israel speech by Emir Tamim, which was not welcomed in the Arab world. Although QNA was hacked and the released data was yet to be verified, the UAE and Saudi Arabia reacted harshly, as if the information was reflecting the reality. Qatari media, including Al Jazeera, was blocked in these two countries, sparking the current crisis.

By June 5, following the blockage of Qatari media outlets, the tension was visible but not overwhelming until recently. Saudi Arabia urged “all brotherly countries and companies to do the same” for Qatar. Thereafter Bahrain, the UAE, Yemen, the Maldives, Egypt, and the interim government of Libya suspended diplomatic relations and withdrew ambassadors. Qatar is familiar with this situation, because Bahrain, the UAE and Saudi Arabia withdraw their ambassadors from Doha in 2014 as well, after declaring their intolerance of Qatar’s relations with the Muslim Brotherhood.

However, this time things have changed.  Not only have diplomatic relations been suspended, but also the Qatari border is closed by land, and sea and air routes have been cut between the countries as well. Qatar has its only land border with Saudi Arabia, which means the Saudis will not let anything into Qatar, including food, and air traffic from other sources is the only option left. This could be disastrous for a country like Qatar, which does not even have enough food storage for one week. After this diplomatic crisis, Qatari citizens are also expected to leave those countries that have cut ties within two weeks.

This anti-Qatar coalition claims that Doha has connections with terrorist organizations and harbors “a multitude of terrorist and sectarian groups that aim to create instability in the region.” Qatar’s alleged relationship with terrorist groups was also emphasized by Trump in his tweet on June 6, which gives a clue to the US role behind the crisis. Trump tweeted “During my recent trip to the Middle East I stated that there can no longer be funding of Radical Ideology. Leaders pointed to Qatar – look!”.

How have Qatar and its supporters reacted?

Kuwait and Pakistan have not supported the anti-Qatar block, and Oman’s Foreign Minister Yusuf bin Alawi bin Abdullah visited Qatar. Although Omani officials state that the visit was a private one, and planned for before the latest developments, Oman has chosen to stand with Qatar rather than add to the tension.

When the tension first arose, eyes were on Turkey. However, the official explanation from Turkey given by Foreign Minister Mevlut Cavusoglu indicated Turkey’s role of mediator would be downplayed. Meanwhile, the Turkish public supported Qatar on social media with the hashtag #TurkeywithQatar and recalled the country’s support since the beginning of the Arab Spring. Turkish President Recep Tayyip Erdogan got involved in the case on June 5, and spoke on the phone with Qatari, Russian, Kuwaiti and Saudi leaders in an attempt at reducing tension. Increasing his tone the following day, Erdoğan commented that the move against Qatar is a grave mistake and also risky for the stability of the volatile region in the near future.

When it comes to the Qatari reaction, its diplomacy is, so far, a mix of caution and a harsh attitude. Qatari foreign policy has been representing a unique stance in the Middle East as a small state with its mediating role and active policy making in regional disputes. Qatar has recently been more visible in the political scene of the Middle East with its military and political involvement in the Arab Spring in Syria, Egypt, Tunisia, Libya, Bahrain and Yemen.

However, a vigorous state power construction started in 1995 with Sheikh Hamad’s accession to power, followed by Emir Tamim’s role. Although the Arab Spring sparked political differences among Qatar’s GCC partners, Doha’s domestic and external policies have been challenged due to its support for the Muslim Brotherhood, Hamas and its diplomatic relations with Iran and Israel. Thus, we can say that Qatar is familiar with being unwelcome by the other regional states. However, June 5 has brought about a tangible crisis with surprising speed and intensity with the Saudi-led block consisting of Bahrain, the UAE, Yemen, the Maldives, Egypt, and the interim government of Libya.

Foreign Minister Mohammed Bin Abdulrahman Al Thani’s statement on Al-Jazeera shows the shocking effect of the events in Qatar: “Regarding the reasons for this escalation, honestly, we don’t know if there were real reasons for this crisis,” he said. The minister also added that what is happening in the Gulf towards Qatar is unjustified and not based on facts. Experts working on the Gulf are describing the stand-off between Qatar and Saudi Arabia as an effort to re-shape the regime and political power in Qatar to resemble Bahrain, which is a close ally of Saudi Arabia. The statement by Foreign Minister Al Thani also refers to that, saying the imposition of “guardianship” over Qatar is “in itself is a violation of its sovereignty as a state which is categorically rejected.”

This picture has currently been circulating in social media, which is combination of Emir Tamim’s and Sheikh Hamad’s faces. It refers to the unity of Qatari society against any foreign threat with hashtag of #كلنا_تميم, meaning “We are all Tamim”.

Especially after the announcement of the closure of borders, a general panic occurred in Qatar; however, according to my personal observation in Qatar, it was mostly the expat communities who were shocked and went to supermarkets to buy food, rather than locals who are able to reach local food resources and view the crisis more cautiously. However, officials released a statement assuring that food products will be available, and any shortages avoided by using air transportation, saying this border crisis will not affect the daily lives of citizens and of Qatar. Countries like Turkey can support Qatar especially in food security in this month of Ramadan.

Can the GCC stay united against Qatar, or side with it?

Initial reactions to the cyber-attack by the UAE and Saudi Arabia showed that it was only a beginning, and it has already escalated embedded disagreements among GCC states after the Arab Spring. Especially after hackers have released emails belonging to the UAE’s ambassador to the United States, Yousef al-Otaiba. Since 2014, the UAE’s anti-Qatar lobbying in the USA has become obvious. Hacked e-mails of al-Otaiba, a central figure in US security networks, released by Global Leaks indicated the UAE has been conducting a close relationship with a pro-Israel, neoconservative think-tank called the Foundation for Defense of Democracies (FDD) as a part of its backchannel policy.

Qatar airways license has been suspended in Saudi Arabia, which forces the airline to change their routes and use only Iranian air space. Social media and news outlets in these states have blocked feeds from Qatar as another tool in this self-made cold war in the Gulf. This tension is multi-dimensional and does not seem like it will be reduced unless Qatar agrees to the Saudi approach in regional politics and strikes a compromise. David Hearst, the Editor in Chief of the Middle East Eye, has defined this crisis as a planned operation rather than a reaction to the hacking of the QNA.

As pointed out by Dr. Mahjoob Zweiri of Qatar University in an interview with Al Jazeera, in addition to the short term influence of this crisis, it could have long term effects, like those that arose from the isolation of Hamas in 2006, which pushed the organization towards Iran. This is crucial because Iran already officially supported Qatar in the disagreement on cutting diplomatic relations but not solving problems through dialogue.

Kuwait and Oman supported their partners and did not back the Saudi-led campaign; however, if shuttle diplomacy between sides is not conducted via a committed regional power or regional coalition, Qatar could face more difficulties in tackling the crisis. It is important to mention that Qatar has strongly supported a variety of regional states and non-state actors in the last 20 years and its positive approach to the states’ sovereignty is already well-known. Hence, I assume that countries who have good relations with both sides have started conducting diplomacy behind the scenes. The opposite is not possible because we are discussing here substantial elements of the Middle East and global politics. 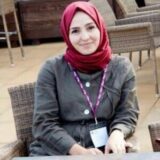 Betül Doğan Akkaş completed her BA in International Relations at Bilkent University. Following her undergraduate studies, she conducted field research on the Jenin Refugee Camp in Palestine. Currently, she is a graduate student in Gulf Studies at Qatar University.