What is behind the ticket sales debate in Turkish cinema?

During the first days of 2019, many important film producers in Turkey started a ‘dispute’ by stating clearly that they cannot get their ‘just’ share from ticket sales and criticized movie theater chains and owners. 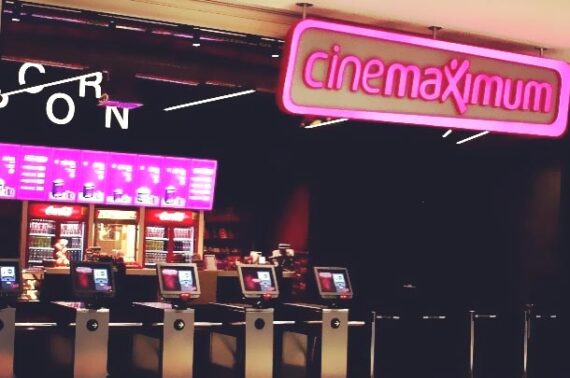 During the first days of 2019, many important film producers in Turkey started a ‘dispute’ by stating clearly that they cannot get their ‘just’ share from ticket sales and criticized movie theater chains and owners.

The dispute began after Yilmaz Erdogan announced a delay in the screening of his upcoming ‘Organized Jobs 2’ (Organize Isler 2), simply stating that theater owners are giving producers low percentages from the ticket sales, but selling tickets with ‘pop-corn packages’ and drinks at high prices– so both producers and consumers are losing from this situation.

Two important producers and writers Cem Yilmaz and Sahan Gokpinar expressed solidarity with Yilmaz Erdogan via their social media accounts. Mars Cinema Group, which owns 44% of the total 2.692 movie theaters in Turkey, responded in a sharp tone to the criticism, saying that if producers are not comfortable with screening their movies at the theaters, then the company will find other producers to screen movies.

Mars Group argued that movie operators can make certain campaigns in ticket sales in return for the benefit of customers with the choice of an opt-out. However, producers do not like it.

Producers on the other hand argue that the price of pop-corn has become more expensive than the price of a ticket since 2014, and a more ‘just’ distribution of box office revenues is the ‘best’ solution for the expansion and quality of the Turkish movie industry.

The Ministry of Tourism and Culture got involved in the dispute as the arbiter and proposed a bill in the Parliament, which had not been enacted in the past 14 years. According to the new law, transparency is key to the distribution of box office revenues and this can be achieved with a software program allowing every shareholder to easily monitor distribution with an electronic ticket system.

Yesterday, a total of 40 important producers and directors including Nuri Bilge Ceylan, Canan Gerede, Erden Kiral, Pelin Esmer, Yesim Ustaoglu, Asli Ozge, Cagan Irmak, and Yilmaz Erdogan released a joint public statement. The statement emphasizes the importance of the bill proposed by the ministry, with regulations like an increase in support areas, expedition of co-productions with foreign partners, fair distribution of ticket sales and advertisement revenues. However, the statement also argues that certain regulations of the bill are in need of improvements through public discussions in order for the development and success of the Turkish cinema.

The Cinemaximum theaters are followed by Cinema Pink and Avsar with 180 movie theaters. Other groups in the sector are Cinemarine with 145, Cinens and Prestige with 100 and Site with 90 movies theaters.