Pro-sectarian politics is one of the most important obstacles to the development of a politics of cooperation in the Middle East based on a win-win scenario. 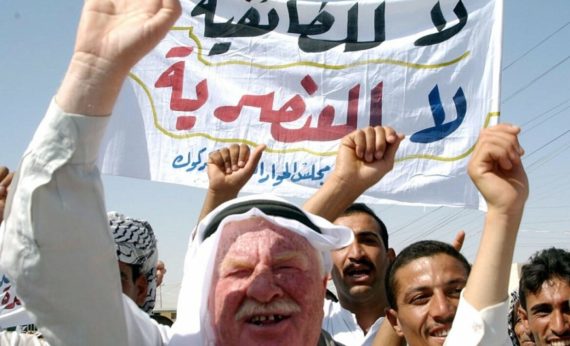 In Middle East politics, religious sects have played a key role in shaping the internal and foreign policies of regional actors, during the Arab Spring in particular. It is generally accepted that the Middle Eastern countries, primarily Iran and Saudi Arabia, have developed sectarian reflexes toward the developments in the region and engage in so-called sectarian policies.

The perceptions held by various sects of Muslim peoples of the region, particularly Sunnis, Shiites, and Salafis toward each other, have significantly deteriorated in recent times. That seems to confirm the general acceptance noted above, that sectarian factors have played a role in shaping the regions’ politics. As an example of a radically changing perception, Hezbollah of Lebanon has recently transformed into a much hated actor in the eyes of Sunnis, whereas prior to the Arab Revolutions it was generally regarded as an organization heroically resisting Israeli aggression. Thus, Hezbollah and Iran are being accused of pursuing “sectarian politics.”Given this situation, defining sectarian politics gains importance. For a sound definition, answering the following three questions will be a guide:

All of the attitudes and actions represented in the questions above can be indicators of sectarian politics, although to different degrees. The attitude described in the first question, that is to say, states or non-state actors in the Middle East following a policy to protect communities in other countries sharing the same, or similar, sectarian attitudes, may be acting upon principles of sectarian politics, although it is not always so.

Although it is understandable that states sharing the same sectarian sensitivities as minority communities in other countries may seek to act as their guardians if the latter are under oppression in their respective countries, such actions may lead to conflicts, because they may be used as an excuse to interfere unlawfully in the internal affairs of those countries.

Why some countries follow such sectarian politics boils down to two answers – one theological, the other political.

For this reason, whether or not one may evaluate the steps taken to protect the rights of minority sectarian groups living in other countries as falling within the scope of sectarian politics is completely subjective. Some attempts to that end may instead be evaluated genuine efforts to defend the rights of minorities; some others may be considered sectarian interventions, depending on the individuals and the case.

SecurityBy Serhan Afacan
The way out from such a subjective evaluation is to expose, on the ground of minority rights, whether or not such interventionist actors act solely or primarily in their own interests, or truly in the interest of the sectarian groups with whom they share similar sectarian sensitivities.If a policy specifically focuses on the rights of only a certain minority sect, rather than being a general policy or approach to minority rights, then it is possible to claim that such an attitude signals sectarian politics.The answer to the second question is easier. That is to say, if states or non-state actors take advantage of the same or similar sectarian identities of others in different countries to serve their interests only, then such states or non-state actors are definitely engaged in sectarian politics.

The aim of a state in such a case is not to, in essence, protect the aforementioned minorities, but to use sectarian ties with the minorities as a means to accomplish their own foreign policy objectives.

The answer to the question of why some states generally use minorities, who share common sectarian identities with them, in ways that harm them, is hidden in the nature of international affairs.

States competing with each other for superiority not only use military, economic and diplomatic instruments in their struggles; they also use peoples (often by leveraging their ethnic, sectarian and/or class identities) as tools in these struggles.

From this perspective, the identities of the (minority) people that differ from those in their home countries, but overlap with those of the other (interfering) countries may become part of the “soft power” of the latter.

Today, such politics are drawing not only the Middle East, but also other territories of Islam into conflicts, due to the competition between Iran and Saudi Arabia in sectarian politics.

However, if these like-identities (sectarian similarities in particular) are used as a means to gain advantage in power politics, they inflict almost unhealable wounds in the Middle East. The sectarian dimensions of clashes to which some regional countries were drawn during the Arab Revolutions clearly attest to this problem.

The answer to the third question signals sectarian politics also. In other words, the activities of regional countries to spread their own sectarian values in other Muslim countries (Shi’ization, Salafization, or Sunnization) represent another aspect of sectarian politics.

Why some countries follow such sectarian politics boils down to two answers – one theological, the other political. From a theological perspective, the propensity to be intolerant of anothers’ religion, to staunchly defend (or impose) one’s own religious perspective over those of others, has always been a fact of social groups. In this perspective, the Shi’ization, Salafization, or Sunnization efforts of radical groups may be interpreted as a kind of missionary activity.

From a political perspective, a state may seek to increase the number of communities with common sectarian features in other countries in order to increase its soft power.

In light of the above determinations, it is possible to identify sectarian politics as follows:

However, it is important not to be satisfied with such a definition while answering the question of “What is sectarian politics?” as the consequences of sectarian politics must also be analyzed. In every period of history, policies which place sectarian identities at center stage, and use them as a means for political gains, have resulted in disasters for the targeted peoples.

Pro-sectarian politics is one of the most important obstacles to the development of a politics of cooperation in the Middle East based on a win-win scenario. Today, such politics are drawing not only the Middle East, but also other territories of Islam into conflicts, due to the competition particularly between Iran and Saudi Arabia in sectarian politics. For example, Salafi organizations supported by Saudi Arabia and radical Shiite groups backed by Iran play a pivotal role in sectarian clashes in Afghanistan and Pakistan.

If the actors behind sectarian conflicts in the region recognize the damage they inflict and understand that such conflicts do more harm to themselves than good, such awareness will be the way out of the regional conflicts caused by sectarian politics.

Having respect for the sectarian identity of the other party, abstaining from involvement in missionary activities among peoples of other countries, and not turning sectarian identities in other lands into tools for power politics, will eliminate the possible damages incurred by the sectarian frame of mind.