What is Turkey’s Shale Gas Potential?

The existing shale gas potential of Turkey, though not abundant, can still decrease the country's natural gas dependency, which is approximately 99 per cent. But how about the cost-benefit analyses? 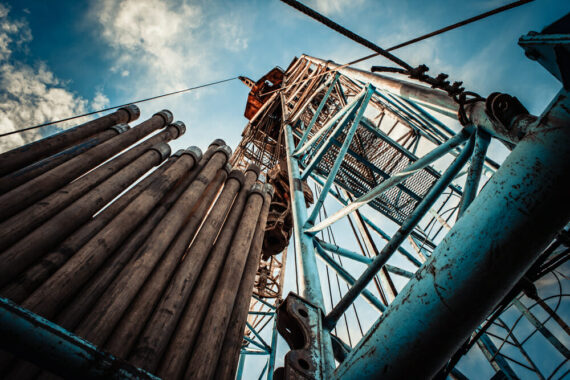 Despite the fact that investments on alternative energy sources such as solar, wind, geothermal and biomass have been sufficiently high recently, the majority of global energy demand is met from fossil fuels such as oil, natural gas and coal. These energy resources are classified as conventional fossil fuels, which constitute approximately 85 per cent of total global energy consumption. Although the share of these energy resources is large, it is predicted that we will run out of petroleum and natural gas in the next 50-55 years. In these circumstances, sustainable energy supply is becoming a crucial factor for the whole world.

Shale gas is a kind of natural gas trapped in rock formations and requires high technology in order to make production from this energy source. The hydraulic fracturing method that developed in recent years is used to fracture shale formations and to release the gas trapped in the shale. In addition to this method, horizontal drilling has also been developed and running horizontally underground, this system enables reaching larger gas reserves from a single well. With the combination of horizontal drilling and hydraulic fracturing, shale gas is produced intensely and is profitable to the economy.

With the above-mentioned technological developments in drilling and fracturing, the “shale gas revolution” initially began in the United States. Since the early 2000s, shale gas has been widely produced in the U.S. and, what can be described as an unconventional energy source, began to affect the global energy markets. Shale gas is considered as a “game changer” in the energy markets due to being an alternative source to natural gas. In addition to this, the competition between U.S.-based shale gas producers and oil-producing countries can be listed as one of the main reasons behind the fall of oil prices in the last years. Since shale gas is low-priced and abundant in the markets, the demand of conventional oil and natural gas tends to decrease. As a result of the improvement in shale gas production, energy markets are expected to re-shape in the near future. In other words, since shale gas has become an alternative energy source that affects the market in terms of price reduction, energy wars among states will gradually expand their sphere of influence.

On the other hand, there has been a long debate about the potential climate and environment effects of producing shale gas. According to one argument, hydraulic fracturing can cause small-scale earthquakes. However, the American Geoscience Institute reports that there are no records of any felt earthquakes caused by shale gas production operations. In addition, water pollution and the loss of soil in agricultural lands is another concern regarding shale gas production. As a result of these concerns, in contrary to the U.S., some European countries have banned the production of shale gas due to the potential environmental damage it can cause.

From 2000 onwards, shale gas attracted the attention of countries worldwide. In parallel with the increasing demand of energy, states began to seek alternative sources and wanted to utilize shale gas. Therefore, investments in this area gradually increased and new reserve areas have been investigated. In short, on the contrary to the decrease in conventional fossil fuel reserves like oil and gas, the production of shale gas is expected to increase and expand to wider areas across the globe.

The potential of shale gas in Turkey

Turkey’s energy dependency currently stands at almost 70 per cent – this means that over two thirds of energy consumed is imported from external suppliers. Such high dependency generates economic and political risks to the country and in an attempt to change this, Turkish Minister of Energy and Natural Resources (MENR) announced the “National Energy and Mining Policy” on April 6, 2017. The localization strategy of this policy is significant as it suggests that the usage of domestic and renewable sources should be promoted. In this way, the high level of external dependence on energy will be decreased by enhancing the usage of local coal, nuclear energy and renewable resources.

One of these domestic resources is shale gas. According to data obtained from the U.S. Energy Information Administration, in terms of technical potential, Turkey has 679 billion cubic meter shale gas reserves, especially in the southeastern Anatolia and Trace regions. 651 billion cubic meter of the reserves can be drilled in the first stage. When comparing this potential with other countries in the world, it can be stated that the amount of shale gas reserves in Turkey is currently low. For instance, the U.S. has a 32,89 trillion cubic meter shale gas reserve potential, China 31,57 tcm, Argentina 22,69 tcm, Algeria 20,01 tcm and Canada 16,22 tcm. So, the shale gas potential in Turkey is limited. However, the Ministry of Energy and Natural Resources has been working on exploring new reserve areas in various regions across Turkey. The Central and Eastern Anatolia regions are predicted to have high shale gas potential.

The existing shale gas potential of Turkey, though not abundant, can still decrease the country’s natural gas dependency, which is approximately 99 per cent. But how about the cost-benefit analyses? The production of shale gas in Turkey does not profitable in the short-term. However, the Minister of Energy and Natural Resources Berat Albayrak stated that in the long run, in order to reduce dependency on energy import, the shale gas potential should also be considered together with other domestic resources.

On the other hand, Turkey needs the necessary technological improvements and investments on shale gas exploration and drilling. Although vertical drilling technology is used in Turkey, improvements in the fields of horizontal drilling and hydraulic fracturing are required. High and expensive technology is a factor that limits Turkey’s drilling activities. Naturally, shale gas drilling costs can change based on geological structure, equipment and diversity. For instance, according to the Turkish Petroleum Company, while the drilling activity would cost 10-15 million dollars in Southeastern Anatolia, the same operation can cost much lower, between 6 and 8 million dollars in the Trace region. Furthermore, the required equipments for drilling operations are costly and need to be imported.

Turkey’s production tendency with regards to alternative resources is heading towards renewable and nuclear energy. However, in order to decrease energy dependency, the ministry should also consider the potential of shale gas in the long-term. Cooperation between the public and private sectors could facilitate improving the technological infrastructure and investments within this field. The production of shale gas is not yet cost efficient. However, when the country’s overall limited energy resources are considered, shale gas production can play a tangible role in at least decreasing Turkey’s energy dependency in the long run.