What Purpose does Social Media Serve?

In addition to Finkafe, Wirofon, a 100% Turkish software, is a freeware and cross-platform instant messaging service for smartphones, which was developed by Turk Telekom and is seen as a major competitor of WhatsApp in Turkey. 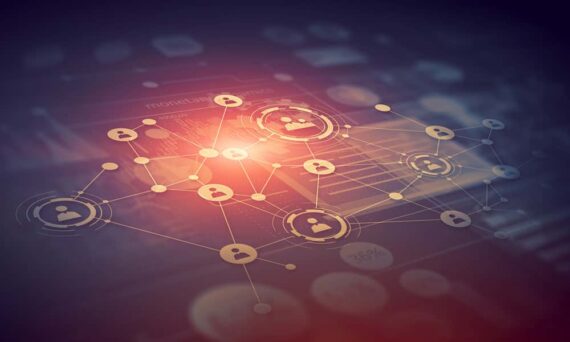 Due to globalization and the increasing usage of the internet, social media has become a major communication channel allowing users to share information, opinions, photos, events and content in real time through a series of websites and applications. While social media is a new phenomenon, life without it is becoming increasingly unimaginable. According to the report “Digital in 2017 Global Overview,” which was prepared by “We Are Social” and “Hootsuite” based on the data collected from 238 countries, worldwide internet users grew by 10% (354 million) to 3.77 billion (half of the world’s population) and active social media users increased by 21% (482 million) to 2.79 billion (37% of the World’s population) as of January 2017.

With 50% of its population under the age of 31 (as of 2016), Turkey has the largest youth population in Europe (invest.gov.tr). Turkey’s young and well-educated population not only plays a key role in the country’s economic development as opposed to many developed countries with aging population carrying high burdens of healthcare spending and old-age caring expenditures but also presents attractive business opportunities for international investors in many sectors including technology. Turkey also positioned itself well ahead of many countries in terms of internet and social media usage, thanks to the young and well-educated population as the positive spread between Turkey and the World average for both internet and active social media usage are 10% and 23% respectively. For instance, in terms of active Facebook usage, Turkey ranks seventh worldwide. It is remarkable to note that there are only two developed countries, US (first place) and UK (tenth place), in the top ten list. The rest consist of developing countries such as India, Brazil, Indonesia, Mexico, Philippines, Thailand and Vietnam. It is also worthy to note that while there are no cities from developed countries within the top ten list, Istanbul holds fifth place. Other cities on the list are Bangkok, Mexico City, Dhaka, Jakarta, Cairo, Sao Paulo, New Delhi, Lima and Ho Chi Minh. Other statistics from the report state that 87% of Turkish users access the internet every day with an average daily use of 6 hours and 46 minutes. Most active social media platforms are YouTube 57%, Facebook 56%, Instagram 45%, Twitter 44% and WhatsApp 40%.

Social Media as an Enterprise

In terms of the economics, it is not surprising to wonder how social media companies make profit as they do not charge their users a membership fee. In response to this, one can be reminded of the phrase in business which is “if you’re not paying for the product, you are the product!” In terms of social media, the users are the products that generate revenue for the companies. The more social media users login and use their accounts, the more active usage rate increases and as a result, the company receives more advertisement, which increases revenues.

Meanwhile, there is also a strong positive correlation between the number of users and revenue (the correlation between the number of users and revenue between 2009 and 2016 is 93%). This increase in revenue leads to higher market capitalization as well. While Facebook’s stock price was hovering around $18 on 12th of August, 2012 it increased to $159 on 12th of July, 2017. The company’s market capitalization also crossed $460 billion level on the same day. According to the US Securities and Exchange Commission (SEC) data, Facebook and Twitter earned from their average user $14.86 and $8.00, respectively in 2016. Of course, along with the number of users, increasing market share of social media companies in marketing sector these companies’ international footage are other factors generating such high revenues. The users also unintentionally advertise the platform, which results in an increase in the number of active usage rates. As far as the revenue mix, the bulk of revenues for social media companies comes from advertisements. For instance, Facebook realized a revenue of $28 billion in 2016, 97% of which came from this type of revenues. Increased number of users along with higher usage led to more ads and revenues in 2016.

Among all social media companies, Facebook by far has become the most widely used social media platform in the world. Monthly active users (MAUs) for Facebook has reached up to 2 billion as of the end of June 2017. The number of monthly active WhatsApp (second widely used application) users worldwide has also climbed to 1.3 billion as of July 2017, which is an increase from 200 million back in April 2013 (Source: statista.com). Facebook has also been increasing its operational effectiveness and profit margin. According to the US Securities and Exchange Commission (SEC) data, Facebook’s revenues for the first quarter of 2017 increased to $8.03 billion, increasing %49.2 compared to the first quarter of 2016. For the same period, the net income was $3.06 billion, which translates to an increase of %76.3 compared to the first quarter of 2016. The company’s profit margin has also increased from %32 to %38 for the above-mentioned periods. The increase in profit margin mainly comes from the spread between operational income and total costs which increased %65 and %39, respectively.

With its young and dynamic population, Turkey has managed to install effective social media companies. For instance, Finkafe was established in 2016 with 10 million TL capital and exceeded 100K users less than a year. The company targets to reach 1 million users by the end of the year with a desire to have an international footage and attract users from other countries as well as housing a twenty-nine different languages option. In addition to Finkafe, Wirofon, a 100% Turkish software, is a freeware and cross-platform instant messaging service for smartphones, which was developed by Turk Telekom and is seen as a major competitor of WhatsApp in Turkey.

The app allows users to message, send voice notes and send images and videos. The company targets to reach 65 million Turkish mobile users. Another Turkish social media company, Viatori, distinguishes itself from other companies by allowing users to earn money. As such, you can be a phenomenon and rise to the top of the phenomenon list depending on the number of your followers, and the likes on your shares. You can earn Viamoney (viapara) from your shares, Torimoney (toripara) from your orders and you can use your money (para) points at member shops. The company is ambitious and tries to generate innovative attributes such as users can order and pay from mobile accounts and earn money by sharing along with four different language option. Viatori has 1.7 million users as of August 2017 and targets to reach around 7 million by the end of 2017. Among many other Turkish social media companies TelgrafApp, Scorp and Ayneen can be mentioned as well.

The Significance of Social Media in Today’s World

There are many reasons that make social media an important asset of the 21st century. Not only because it generates new jobs, creates opportunities and enterprise, but social media has a political and surveillance aspect attached to it. In recent years, especially during the Arab Spring and the “Black Lives Matter” riots that took place across the United States, we were able to witness the use of social media as a platform for mobilization and information sharing. The ability to instantly inform others of real events is what makes social media appealing to social movements. Further, another characteristic of social media, which is yet to be fully discussed in academia, is the ability of companies to stock and share personal information about its users.

Today Google, Facebook, Twitter and Snapchat can be described as the leading surveillance operators, as when members join they consent to sharing their personal data. These apps can track location, access photographs and personal information that members may not willingly share. This is what makes social media an important political phenomenon, as its surveillance capacity puts it into competition with national intelligence organizations. Therefore, the significance of social media cannot be undermined, and it is going to be interesting to watch how relations between government leaders and social media giants are going to evolve over the following years.

Dr. İmdat Doğan holds an MBA degree in Finance & Investments and PhD degree in Banking and Finance. He has worked at investment banks and investment management firms in New York City such as Goldman Sachs Co., Deutsche Bank Asset Management, Prudential Equity Group and BlackRock Inc. on a full-time and consultant basis. Doğan is an expert on portfolio investments in different asset classes, private equity and venture capital funds in technology and energy sectors.