For what or in spite of what did the AK Party and its ally MHP claim that the election was rigged? How did the process lead to the final decision of the YSK that ruled the cancellation and rerun of the Istanbul mayoral election? 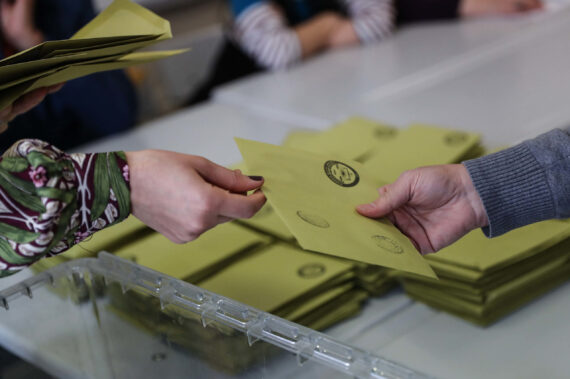 In Turkey’s largest city Istanbul, 8 million and 850 thousand voters went to polls in the March 31 local elections. During the vote count, the difference between the vote shares of the two alliances’ candidates was very small but the People’s Alliance still seemed ahead. Then, the People’s Alliance mayoral candidate Binali Yildirim announced that they won the Istanbul election. Half an hour later, the Nation’s Alliance candidate Ekrem Imamoglu issued a statement: “According to the data we’ve obtained, our vote share is 50.36 percent while our opponent’s is 46.70 percent based on the votes counted in more than 80 percent of ballot boxes.”

After the results turned out to be in favor of Imamoglu, President Recep Tayyip Erdogan also made a brief statement. Before departing from Istanbul to Ankara to deliver his traditional balcony speech, Erdogan said: “As the AK Party (Justice and Development Party), we have won the election by landslide as we have always been the first party by landslide since the election on 3 November 2002. Of course, the AK Party and the People’s Alliance have won or lost some municipalities, this is how democracy works. So, the results are required to be accepted.” Hinting Istanbul and Ankara Metropolitan Municipalities, Erdogan also remarked: “Although we have lost the metropolitan municipalities, we have achieved a great success in district municipalities of these metropolitan cities.”

Several hours later, the Nation’s Alliance candidate Imamoglu issued another statement and said that he has won the election by receiving 29 thousand more votes. On the following day, Turkey’s Supreme Election Council (YSK) Chairman Sadi Guven said: “We have shared the official reports of the results obtained from more than 80 percent of the ballot boxes, poll sheets and final district reports with the parties. 31.102 ballot boxes have been registered in the system, while 84 ballot boxes have not been registered yet due to objections. Accordingly, Ekrem Imamoglu’s vote number is 4.159.650 and Binali Yildirim’s is 4.131.761.” In other words, although the gap between the number of votes was not 29 thousand as Imamoglu claimed, he still won the mayoral election with a difference of 27 thousand 889 votes.

So, what happened next? Why did the AK Party’s provincial organization claim beginning from the first night of the election that there have been some irregularities in the election and filed objection appeals and complaints regarding the election results once the official objection process started? Did they really think of smearing the opposite side by making up lies and rumors about gerrymandering as claimed by the main opposition Republican People’s Party (CHP)? Could the party venture to do that while Imamoglu and his bloc was maintaining a successful operation of shaping minds even before Imamoglu received his election certificate? The Western capitals who were looking forward to Erdogan’s defeat were blissful, and the media represented Imamoglu as a victor. For what or in spite of what did the AK Party and its ally Nationalist Movement Party (MHP) claim that the election was rigged? How did the process lead to the final decision of the YSK that ruled the cancellation and rerun of the Istanbul mayoral election?

Why did the AK Party’s provincial organization claim beginning from the first night of the election that there have been some irregularities and filed objection appeals and complaints regarding the election results once the official objection process started?

According to the election law; during the ballot counting, reporting, and compounding the data into a single report by collecting all the ballot box reports in the district electoral board, the candidates and observers representing political parties can monitor the whole process. Meanwhile, sorting and compounding activities are made openly. All these steps are under the responsibility of the district electoral boards. The boards comprise two government officials and political party representatives and are chaired by the judge of the highest seniority in the district. In other words, the political party representatives participate in this process as either board members or observers.

As of the election night, the AK Party filed appeals to several district electoral boards on the grounds that the final report was registered wrong, seals were missing in some ballots, and unlawful voter registration was made in some districts. For instance, in the ballot box no 1487 in Arnavutkoy district, Binali Yildirim’s vote number was registered as 1 in the final report although his actual vote number in the ballot box has been found to be 182. In 3 districts and 4 ballot boxes, the voter lists, final reports and vote counting sheets were missing. While the CHP argued the presence of “errors of fact” for such problems, the AK Party claimed that such errors are dubious.

The AK Party filed appeals to several district electoral boards on the grounds that the final report was registered wrong, seals were missing in some ballots, and unlawful voter registration was made in some districts.

As a result of the appeals filed by the AK Party, the difference between the two candidates fell to 19.700 as the deficiencies and errors were corrected. As the AK Party resumed filing objection appeals, the vote difference narrowed in favor of Yildirim. In the first phase, the objections filed for 39 districts were accepted by only 6 district electoral boards. In the second phase, the objections filed for all the districts were conveyed to the provincial electoral board to ask for the recount of all the votes. But the provincial electoral board refused the AK Party’s appeal and accepted the recount of only invalid votes. Meanwhile, the party appealed to the YSK for the recount of all the votes, which was also refused.

Eventually, in line with the accepted objections, “the ballots cast for metropolitan municipality in only 6 of 33 districts” and “the invalid votes in 33 districts” were recounted in the glare of cameras and all the political parties. So, 10 percent of the ballots in Istanbul, which has 8 million 850 thousand voters, were recounted. According to the statement of the YSK issued on April 17, the vote difference between the two candidates fell to 13.729. AK Party’s candidate Yildirim organized a long and comprehensive press conference with broad participation, including the foreign press. He said during the conference: “If we have won 16 thousand votes after the recount of the 10 percent, you can easily calculate the result if all the votes are recounted. This is enough to demonstrate that the election has been rigged; the votes were unfortunately registered irregularly in favor of the opposite side, indicating an organized gerrymandering. The results of the election would be different had all the votes been recounted and the CHP had consented to that.” He went on to ask: “If there really is a very small difference between our vote shares, then why did the gap not remain the same but changed in my favor after 10 percent of the ballots were recounted?”