What was the point? US suspension of non-immigrant visas

Following the arrest of Metin Topuz, a US Consulate personnel, the US decided to suspend non-immigrant visa applications from Turkey. 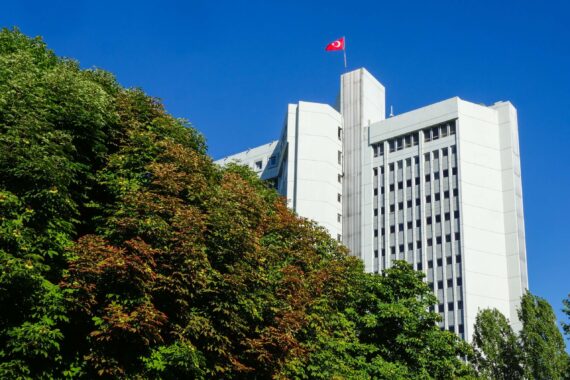 Following the arrest of Metin Topuz, a Turkish national working in the US Istanbul Consulate, the US Embassy announced that it has suspended non-immigrant visas to Turkish citizens.

Topuz was remanded in custody over terror charges by an Istanbul court last week.

He has been linked to a number of FETO suspects [the terrorist organization that orchestrated the failed coup attempt last year], including police commissioners and former prosecutor Zekeriya Oz – a fugitive accused of attempting to overthrow the government.

Following the decision to suspend non-immigrant visas to Turkish citizens, the Turkish Embassy in the US retaliated in the same manner.

After releasing a statement, the Ministry for Foreign Affairs summoned Washington’s top diplomat in Ankara to hear the case against the US decision to suspend processing non-immigrant visa applications.

According to a source from the Turkish Foreign Ministry, officials urged Charge d’Affaires Philip Kosnett to have the Embassy reverse the move, describing it as an inconvenience and explaining that it will lead to an “unnecessary escalation” of tensions.

Turkey united in response to US

Many bodies, including the government, opposition and business groups have come out against the US suspension, claiming that it is an unnecessary move which will bring harm to both sides.

During a joint news conference with his Ukrainian counterpart Petro Porochenko in Kiev, Ukraine, President Erdogan stated that “The embassy’s decision to suspend all non-immigrant visa applications is upsetting.”

Following comments by the President, Republican People’s Party (CHP) Parliamentary deputy chairman Engin Altay, called on the US to behave with common sense.

Speaking to journalists in Parliament, Altay said “We are calling for common sense on this issue.” Claiming that the US decision hurt the Turkish nation’s pride, he added that “this is a breaking point for Turkish-American relations.”

This is the first time in history that an uplift of visas between the two countries have been suspended.

In addition, MUSIAD USA President Mustafa Tuncer also spoke out against the decision to suspend visas.

Tuncer stated that he believes Turkey and the US will resolve the issue “with common sense as soon as possible.”

“We believe the two allied countries, as NATO members that have succeeded in collaborative works from Bosnia to Afghanistan will solve this diplomatic tension with common sense.”

He emphasized the importance of “rationally” pursuing economic, cultural, social and humanitarian ties.

Also Read
Did John Bass threaten Turkey with terror attacks?
We use cookies to optimize your online user experience. To learn about our use of cookies and how you can manage your cookie settings, please see our Privacy Policy. By continuing to use our site you are excepting our use of cookies.Accept Cookies & CloseMore Info