What's Behind Turkey and Iran's Joint Operation on the PKK?

Turkey and Iran are closest to finally reaching a point where they can cooperate for stability in their own countries and Iraq. 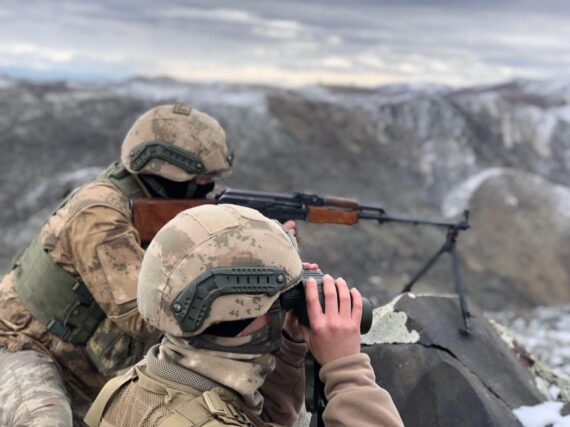 Süleyman Soylu, Interior Minister of Turkey, announced on March 18 that Turkey and Iran have launched a joint operation against the PKK. Soylu did not say the specific locations or bases of the joint operation, but indicated the operation would be extensive. This statement came out on the same day when the PKK killed two Iraqi soldiers at a security checkpoint in the Sinjar area of Northern Iraq. The developments, once again, show that the three countries – Turkey, Iran and Iraq have the conditions ready to reach a common understanding of the PKK threat in the region.

Nevertheless, Iran has denied the claims about the joint operation as it usually does after such news goes public. The reason for this disparity in the official statements was, according to the Turkish officials, the problems in finding “common wording to describe what they are doing together.”

It is no secret that Turkey and Iran have managed to cooperate on the fight against the PKK. Turkey carried out recent air operations in Iraq as deep as Assos and Makhmur areas with the intelligence shared by Iran and Iraq.

Despite denial from the Iranian side on the joint operation, it is no secret that Turkey and Iran have managed to cooperate on the fight against the PKK. It is often claimed that Turkey carried out recent air operations in Iraq as deep as Assos and Makhmur areas with the intelligence shared by Iran and Iraq. Such a coordination and cooperation mechanism makes sense for all sides. While the PKK was formed to pursue a terror campaign in Turkey, PJAK, the organization’s Iran branch, has troubled Iran at certain times. Hence the two countries have a common interest to wipe out the PKK from their countries and further from Iraq. Despite this common interest, Iran is also claimed to be the guardian of the PKK at certain times. There were even rumors in the past about Iran capturing top leaders of the PKK and making deals with them rather than punishing. Given the slippery ground of the region, any shifting partnerships are worth attention and news about them might be true.

The PKK has always been a good pawn for those willing to damage Turkey anyway. The organization has been open for international aid from Greece to Syria at periods when these countries were tense with Turkey. After all, the organization leader’s last residence was a Greek embassy in Kenya before he was captured by a covert operation. Turkey could persuade Greece to end its support for the PKK and now it is Iran’s turn. As happened with Greece twenty years ago, Turkey can also make this a win-win game with Iran.

Iran would welcome any opportunity for partnership with Turkey, which is also going through troubled relations with the Saudis, Israel, and the U.S.

After all, Iran has been going through tough times as its competition with Saudi Arabia and Israel continues. The country overstretched its capabilities in a vast territory from Syria to Yemen and from Iraq to Lebanon. It costs Iran to compete in such a wide theater and it will cost even further with the most recent U.S. embargos. Under these circumstances, Iran would welcome any opportunity for partnership with Turkey, which is also going through troubled relations with the Saudis, Israel, and the U.S. And as the PKK is being supported by the U.S. in Syria, there are plenty of reasons why Iran must feel the PKK is not a reliable partner.

Iran has bigger issues to deal with than trying to weaken Turkey by using the PKK. In a nutshell, Turkey and Iran are closest to finally reaching a point where they can cooperate for stability in their own countries and Iraq. They are also closest to reach a point where this cooperation can prove effective. Cooperation and success are both likely. As Turkey is being pushed by the U.S. with its support to the PYD and FETO, Iran can turn its own security and economic crisis into an opportunity with cooperation with Turkey.