It is obvious that the current discussions on the results in Istanbul will continue to remain high on the political agenda in the upcoming days. All parties will determine their strategies according to the YSK’s final decision, which may indicate the re-count of all votes, a repetition of the elections, or the victory of one of the candidates. 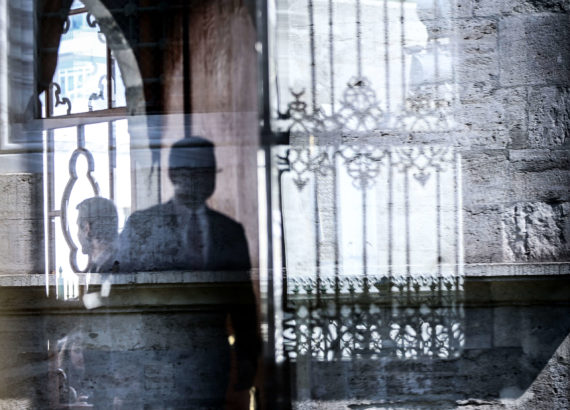 Turkey is still discussing the results of the March 31 local elections. As a result of the AK Party’s official application, the Supreme Election Council (YSK) has decided to re-count the invalid votes in 39 districts in Istanbul. The council took the same decision for 20 other provinces where other parties also made applications for the votes to be re-counted. For instance, while the AK Party applied for a re-count in Istanbul, Ankara, Adana, Antalya, and some other provinces, the CHP made an application for Bursa, Malatya, Giresun, Artvin and others.

Obviously, the re-count of votes in Istanbul has taken the center stage in the post-election period. Since the process itself is ambiguous and complex, it’s crucial to analyze different dimensions of mayoral elections in Istanbul. The first dimension of the Istanbul elections is its unique character compared to other previous elections. When the official results were announced by the head of the YSK soon after the elections, the difference between AK Party’s Binali Yildirim and the CHP’s candidate, Ekrem Imamoglu, was only 28,027. There has never been such a slight difference between votes of candidates in Istanbul before. Thus, the re-count of valid and invalid votes would have an enormous effect on the final results. As a result of the re-count of votes in Istanbul, the difference between Imamoglu and Yildirim, as I write this piece, has decreased to 13,000. This low margin between the two candidates has triggered discussions and objections in the post-election period.

The CHP itself applied to the YSK many times for a re-count of votes. CHP made an official application for the re-count of votes in Yalova in the 2014 local elections, and as a result, its candidate won the elections with a slight difference.

Another crucial dimension of the elections in Istanbul is the inconsistent approach of some political parties. As had occurred in the previous elections, political parties always make objections to the results, even if there was a huge margin between the candidates. In the case of Istanbul this time, the close results between Imamoglu and Yildirim has caused anger and frustration on the CHP side. Nevertheless, the CHP itself applied to the YSK many times for a re-count of votes. For instance, while the first official results were indicative of an AK Party victory in Yalova in the 2014 local elections, the CHP made an official application for the re-count of votes, and as a result, the CHP’s candidate won the elections with a slight difference.

Nonetheless, the CHP has strongly condemned the re-count of invalid votes in Istanbul even though the party has utilized this legal right on multiple occasions. This illustrates that political parties in Turkey still suffer from internalizing the fundamental values of democracy and the rule of law. The last dimension of the elections in Istanbul occurs at this point: Political parties want to adopt the rule of law according to changing conditions. In all previous local elections, there have been lots of delays in delivering the certificate of election – as is happening now due to the ongoing legal process. However, none of the previous examples raised tensions as much as the case of Istanbul, since political parties adopted the rule of law and accepted the YSK’s final decision.

President Erdogan has recently underlined that almost all the voting was marred by irregularities in Istanbul. It is obvious that the current discussions on the results in Istanbul will continue to remain high on the political agenda in the upcoming days. All parties will determine their strategies according to the YSK’s final decision, which may indicate the re-count of all votes, a repetition of the elections, or the victory of one of the candidates. We will wait and see.

Also Read
Populism on the Rise in Turkey
We use cookies to optimize your online user experience. To learn about our use of cookies and how you can manage your cookie settings, please see our Privacy Policy. By continuing to use our site you are excepting our use of cookies.Accept Cookies & CloseMore Info