It seems that preparations of a new era in Saudi Arabia is underway. To eradicate old structures and systems, powerhouses are being put in order one-by-one. While scholars were the first to be intimidated, now the focus has shifted towards the dynasty, business world, the media and bureaucracy. 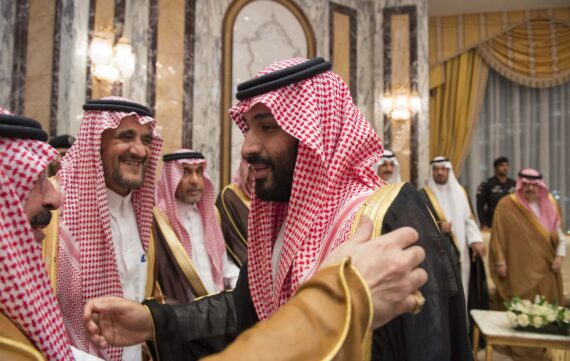 Right after the formation of the “anti-corruption commission” on November 4 under the leadership of Crown Prince Mohammed bin Selman, there were shocking news about numerous arrests occurring in Saudi Arabia. As part of the anti-corruption effort, dozens of princes and businessmen along with high-ranking military officials were detained and their assets were frozen. The cabinet was renewed, while new force commanders were appointed. Many scholars were also arrested in a similar fashion in the past few days. All of these occurred in synchronization with the extermination of a ballistic missile originating from Yemen, which had Riyadh as its target. In parallel with the high-level transformation in the kingdom, it is possible to assert that the arrests are more about eradicating domestic opposition rather than a so-called anti-corruption effort. Of course, in terms of legitimacy, using the well-known corruption card as an excuse for these arrests is a reasonable move. Therefore, we can read large scale anti-corruption operations targeting Saudi Arabia’s high-level administration and the discourse on transitioning to “moderate Islam” as a reflection of domestic consolidation in effort to form a more inclusive coalition.

Since the day he ascended the throne, King Selman has taken decisions and steps towards reforms. After the dismissal of Crown Prince Mohammed bin Nayef and appointment of his son Mohammed bin Selman, these steps became more about power, most of which were targeting powerhouses within the royal family and the status quo of the dynasty.

Detention of Prince Turki bin Abdullah (Governor of Riyadh) and Prince Miteb bin Abdullah (Saudi Arabian National Guard), both of whom are sons of the late King Abdullah, is a crucial move. Presence of various powerhouses within the dynasty was causing disparate alliances to emerge. These alliances were usually formed with the maternal tribe. It seems that preparations of a new era in Saudi Arabia is underway. To eradicate old structures and systems, powerhouses are being put in order one-by-one. While scholars were the first to be intimidated, now the focus has shifted towards the dynasty, business world, the media and bureaucracy. Wahhabi scholars, thus the Sheiks family’s position will be decisive in this matter. Currently, the royal family is enjoying full support from them. Therefore, preemptive initiatives aiming to eliminate the emergence of encumbrances in domestic politics when the new king ascends to the throne are at play.

The Iraqi Central Government’s capture of Kirkuk and other disputed territories together with Hashd al-Shaabi consolidated Iran’s influence in Iraq. Moreover, with the Astana process, the initiative in Syria has fallen completely to Turkey, Iran and Russia. Despite all efforts, Saudi Arabia and the United Arab Emirates were unsuccessful against the Iran-backed Houthis in Yemen. Therefore, the need to form a more powerful coalition to counterbalance Iran’s influence over Syria, Iraq, Lebanon and Yemen arose. It could be asserted that the Trump administration and Israel have also taken a more active role in this matter. With the encouragement of the US, Saudi Arabia’s Crown Prince Mohammed bin Selman has taken the initiative to form a more effective coalition. In this respect, Iraqi Prime Minister Haider al-Abadi’s visit to Riyadh at the end of October was an important development for the Iraqi Central Government, which has been under the influence of Tehran for many years. When considered together with the recent efforts to improve Saudi-Israeli relations, it becomes clear that formation of a powerful coalition lead by Saudi Arabia is being sought in order to counterbalance Iran. Lebanese Prime Minister Saad Hariri’s visit to Saudi Arabia twice in the previous week, which was followed by his resignation with the pretext that his life was in danger, was also a prominent development. Here, the targets were Iran and Hezbollah, and the increasing influence of these two actors in Lebanon and Syria. This move was followed by the ballistic missile launched from Yemen, targeting the capital of Saudi Arabia. All of these developments are seen as a sign of an extensive military intervention aiming to limit Iran’s influence over the region.

If the alliance is successfully formed, these events will most likely lead to a regional war. Saudi Arabia’s military expenditure in the recent years gives the impression that the country is preparing for a war. Crown Prince Mohammed bin Selman’s ventures to improve cooperation with the Trump administration has consolidated Saudi Arabia’s stake at taking the lead. This effort is also being supported by the US and Israel. Isolation policy towards Qatar was an attempt to force the country into becoming part of this alliance. However, Saudi Arabia’s greatest weakness is its domestic frailty. Not being able to produce a more inclusive discourse in the Sunni world is another handicap. Nevertheless, detention of influential princes and businessmen aims to consolidate the political power of the current government along with intimidating oppositional princes.

Instead of directly taking sides in this tension, Turkey could focus on its own security interests. Eradication of the PKK/PYD, located at the southern border of Turkey and the north of Syria, is Turkey’s priority and steps are being taken to achieve this end. Turkey could attempt to diplomatically intermediate this crisis, as antagonism among the countries of the region expands the influence of non-regional actors and opens more space for terrorist organizations. Preventing tensions that will create a power vacuum should be Turkey’s top priority. If needs be, taking a proactive role, Turkey has to prevent crises that could have a direct impact on the country. Increased moderation in Saudi Arabia is beneficial for Turkey, only if it is completely domestic and not backed by foreign actors. Turkey could think about improving relations with Saudi officials, and therefore have a direct impact on these reforms. However, being a party in tensions between Iran and Saudi Arabia does not overlap with Turkey’s interests; cooperation and coordination with Iran is needed to delimit the PKK in Iraq and Syria. This cooperation with Iran should not be thought as a full-fledged alliance, as there are many fields, notably security of the Gulf and bilateral relations, which also require close cooperation with the Riyadh administration. Turkey should therefore seek ways to masterfully maintain this fragile balance.