Who encouraged PYD to attack Turkish military in Idlib

In what could amount to confirmation of Turkish apprehensions, PKK/PYD terrorists on Monday attacked Turkish armed forces’ observation point in Idlib. 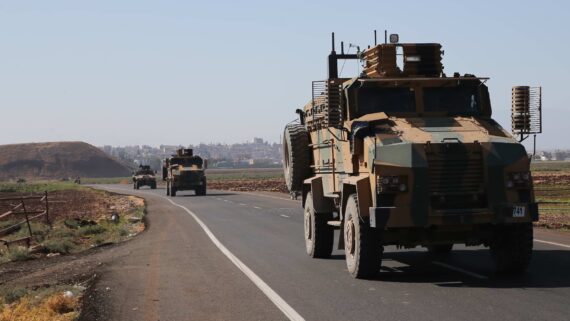 In what could amount to confirmation of Turkish apprehensions, PKK/PYD terrorists on Monday attacked Turkish armed forces’ observation point in Idlib.

Turkish security officials reported that their observation point was attacked with five howitzers and one of them landed as close as 100 meters to the point while as others landed in civilian areas.

Turkish armed forces have established the observation points in Idlib to monitor the cease-fire regime as part of their mission in Syria’s northwestern city’s de-escalation zone. The mission began on October 12 when the Turkish military began to cross into the region.

Idlib is one of the cities that faced devastating attacks from the Assad regime since the war broke out in 2011. The Assad regime lost control of the city in March 2015 to opposition groups and armed organizations.

PYD and the armed wing YPG are sister organizations of the PKK, which for over 30 years has been at war with Turkey. PKK, considered as terrorist organization by Turkey, EU and the US is responsible for a number of terrorist attacks in the country death of thousands since they began their armed campaign against Turkey in 1984.

PYD/YPG are lately thriving on the support they have been receiving from the US. Turkey has long been complaining against this support insisting that it could encourage the groups and become a security headache for the country, which is already facing threats from many sides.