Ursula von der Leyen was accused by Nigel Farage of wanting to control “every single aspect of our lives,” and that she wants to build an “undemocratic, outdated form of communism that will render nation state parliaments, where the state controls everything, where nation state parliaments will seize to have any relevance at all.” 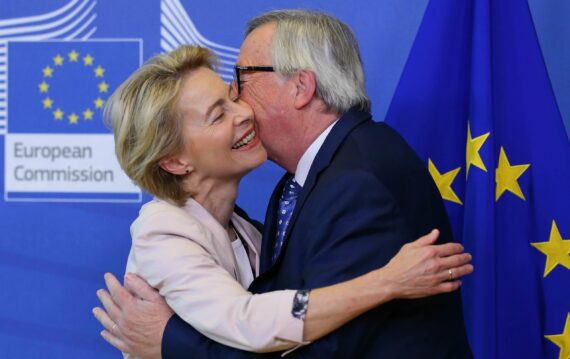 Ursula von der Leyen served as the German Defense Minister from 2013-2019, before she resigned to take the EU’s top job. Der Leyen was the first female defense minister in Germany and will also be the first woman to hold the position of European Commission President.

Being positioned in Germany’s center-right political spectrum, Von der Leyen is well known for her objections against Trump’s politics. The argument made by the Trump Administration that NATO allies- especially Germany – should “pay more” for their security protection was not welcomed by Der Leyen. In her response to the U.S. President, she stated, “Burden sharing is a matter of funding, of money, but sharing the burden is also much more than what can be expressed in euros and in dollars. To share a burden is to first of all share the principle to stand up for one another. Without exception.”

Another issue that Von der Leyen objected Trump on during her tenure as defense minister was his policy towards Muslims. Hitting back on Trump’s attitude on torture, Von der Leyen stated, “We must beware of turning this fight into one against Islam and Muslims per se. Otherwise we run the risk of deepening the trenches from which terrorism grows.”

Von der Leyen was the first woman to be nominated for the EU’s top job. Proposed by French President Emmanuel Macron, she also received crucial backing from the Visegrad 4 bloc.

It is important to note that Von der Leyen’s father also works for the European Commission.

One of her top priorities as Commission President will be to oversee the implementation of Brexit.

She was endorsed by the European Parliament on 17 July, 2019. During her endorsement speech, Von der Leyen announced her six priorities within her mandate: A European Green Deal, an economy that works for people, a Europe fit for the digital age, protection of the “European way of life,” a stronger Europe and a push for European democracy.

During her endorsement, most controversial remarks were made from MEP Nigel Farage, who is also the leader of the UK’s Brexit Party.

Farage also mentioned how he believes the endorsement and election of Von der Leyen will increase the popularity of Brexit in the United Kingdom, as he has slammed the Commission President for being a “European army fanatic,” and wanting to build a European army, which will destroy the relevance of NATO in Europe.