Overall, the AK Party and the MHP see the upcoming elections as a matter of national survival because of the incidents that happened in the last year. The results of the elections will show whether this approach has been welcomed by the electorate. 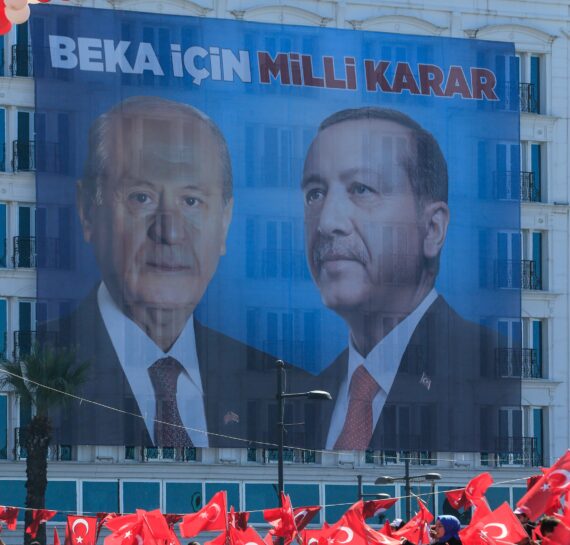 Political parties are on the home stretch of the upcoming local elections. They have been trying to broaden their electoral base in the last weeks by bringing their floating voters back in line. Parties are also dedicated to attracting the votes of new voters in order to make a difference not only for these elections, but also for the future ones. Even if all parties conduct their own election campaign, as well as organizing some joint meetings with their allies, the priority issues of all parties are quite distinct from each other.

After the July 15 coup attempt, the AK Party and the MHP left their disagreements aside and collaborated on critical issues. The first issue agreed on was the need for a comprehensive fight against domestic and international terrorism. Turkey had to set up a detailed plan for discharging civil and military servants affiliated with the Fetullah Terrorist Organization (FETO) – the perpetrator of the military coup. The support provided by the MHP to the AK Party government during this process enabled the government to take the necessary action in this fight.

Turkey has been facing a serious threat from PKK terrorism since the end of the resolution process. The PKK adopted urban warfare tactics and targeted city centers to broaden its impact. More, the PKK’s branch in Northern Syria, the YPG, became a serious threat for Turkey’s national security. The MHP supported the government in its cross-border operations in order to provide security for the country.

Nonetheless, contrary to the support provided by the MHP, other opposition parties came out against the issue. During the process, they made contradictory statements about the government’s actions. While they claimed that they were supporting Turkey’s fight against terrorism, they criticized the government severely because of the operations it held.

Indeed, this contradictory approach of the opposition parties is also effective in their election campaigns. For instance, Kilicdaroglu, the chairman of the CHP, announced that they were determined to fight against terrorism and that having a latent alliance with the HDP would not harm their position in this issue. Nevertheless, Kilicdaroglu and the rest of the CHP does not see the presence of the YPG in Northern Syria as a threat to Turkey, even despite the attacks that occurred in the last couple of years that were conducted by YPG-affiliated terrorists.

Contrary to the approach of the Nation’s Alliance, the AK Party and the MHP emphasize that Turkey should maintain its determined position in fighting against terrorism. For these parties, local elections are crucial in order to provide an effective battle on the ground. As President Erdogan claims, Turkey should focus more on fighting against domestic and international terrorism without losing any power in the local sphere.

The AK Party and the MHP also emphasize the threat posed by the HDP gaining power due to the CHP and Iyi Party. Almost two years ago, when the PKK broke the ceasefire, HDP municipalities in eastern Turkey declared their autonomy, which was against the Constitution. These municipalities were providing logistic support to the PKK against the state during the urban warfare. Due to these reasons, the AK Party and MHP are strongly in favor of preventing the PKK’s predominance over the HDP administrations.

Overall, the AK Party and the MHP see the upcoming elections as a matter of national survival. The results of the elections will show whether this approach has been welcomed by the electorate.