Daesh, the world’s most modern and sadistic terrorist organization – known for putting people into cages and burning them, selling women they have captured as slaves, lining people up and beheading them one by one – has courteous relations with one country: Israel. Israel’s former Minister of Defense Moshe Ya’alon raised eyebrows this April by saying “There was one case recently where Daesh opened fire and apologized. 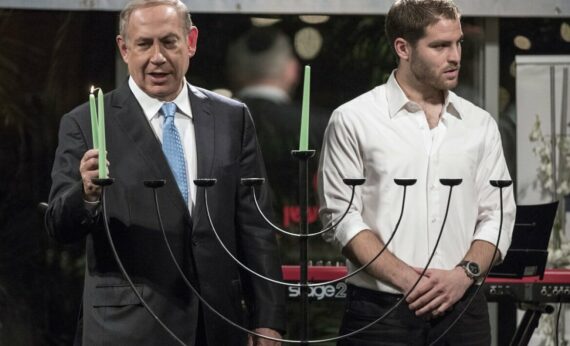 Daesh, the world’s most modern and sadistic terrorist organization – known for putting people into cages and burning them, selling women they have captured as slaves, lining people up and beheading them one by one – has courteous relations with one country: Israel. Israel’s former Minister of Defense Moshe Ya’alon raised eyebrows this April by saying “There was one case recently where Daesh opened fire and apologized.”

Committing terrorist acts all across the globe and killing hundreds in Australia, Canada, Kenya, Italy, Yemen, Tunisia, Russia, Malaysia, Bangladesh, the US, Germany, Saudi Arabia, Belgium, Indonesia, Afghanistan, Iraq, Syria, Egypt, Denmark, France, Sweden and Turkey, Daesh apologized to Israel as shots were fired from a territory under its control. This incident mentioned by Ya’alon was also acknowledged by the Israeli military last November. Israeli officials said that one of their patrols was attacked with rockets and light weapons in the southern portion of the Golan Heights, a region Israel controls. In exchange, Israel announced it hit the vehicle carrying the Daesh members with an airstrike. The same statement highlighted that during the attack, which was claimed by the Daesh-linked group Yarmouk Martyrs, no Israeli citizen was killed, while 4 Daesh members were killed.

According to the Times of Israel, this incident was kept secret until the former minister’s statement at a cultural festival on April 24 in a town named Afula, in the north of the country. The newspaper explained that the incident was kept secret because it might have “caused shame to both Israel and Daesh.” In the very same statement, Moshe Ya’alon also said the following about Israel’s Syrian policy: “There are many actors in Syria, such as Iran, Russia, Al-Qaeda and Daesh. Under this condition, one has to have a responsible and balanced policy. If Israel intervenes on behalf of any side, this will be in the interests of others. For this reason, we have announced our red lines in this matter. Whoever tries to infringe our sovereignty, they will feel our force.”

Despite Ya’alon’s statement, it is definite that Israel prefers one side to the other. And this is not even a secret. In the near past, while the terrorist organization was called ISIS, Israel had expressed that they preferred Daesh to the Assad regime. The head of Israel’s Military Intelligence Herzi Halevy took it even further last summer: “Israel doesn’t want the Syrian crisis concluding with Daesh’s defeat.” Speaking at the Herzliya Conference, where Israeli security and defense policies are discussed, Halevy elaborated on why they don’t want Daesh to be defeated, after talking about the challenges Daesh faced during the first three months of the so-called caliphate: “Withdrawal of super powers will put Israel in a tight spot against Hezbollah and Iran. For this reason, we have to do whatever we can to evade this kind of a situation.”

Daesh’s disposition towards Israel since the beginning has been intriguing. This situation was also intriguing while I was shooting a three-part documentary on Daesh, interviewing European and Turkish academics, military and intelligence personnel. Known for his work on Daesh, Princeton researcher Cole Bunzel said that he followed all the announcements, both vocal and written, from ISIS and that the terrorist organization never mentioned Israel as a target, even though they designated Middle Eastern governments and Shiites as their targets. There were other peculiar incidents as well. For instance, the “founding father” of Daesh and Iraqi Al Qaeda Abu Musab al-Zarqawi’s escape from Afghanistan and finding shelter in Tehran, Iran. However, this is not our subject; it’s about Daesh’s relations with Israel and their approach to Palestine.

As one of its first heinous crimes, Daesh had attacked the Yarmouk Camp seven kilometers from the center of Damascus, where 200,000 Palestinians sought refuge after they were forced to leave their lands with Israel’s foundation in 1948. Today, 20,000 Palestinian refugees still at Yarmouk Camp are under attack by both regime forces and Daesh. French sociologist Olivier Roy, whom I have interviewed for the Daesh documentary, indicated that Daesh wasn’t following a pragmatist politics, and their attack on Yarmouk Camp was an example of this. After noting that the Palestinian issue is what motivates most young Muslims today, he said: “They [Daesh] attacked Yarmouk Camp near Damascus and beheaded all Hamas members there. Therefore, they’re not seeking any kind of political compromise. For instance, they don’t even try to establish a political alliance with Hamas; on the contrary, they see Hamas as an enemy. This is because those who are not a part of Daesh are their enemies.”

According to one claim, Daesh is terrified by Israel. German journalist Jürgen Todenhöfer who spent 10 days with Daesh militants in Mosul in 2015, wrote that Daesh members were terrified by only one country and that was Israel. A former CDU deputy between 1970 and 1992, Todenhöfer made some interesting remarks in his interview to Jewish News: “Daesh members are terrified by only one country: Israel. In fact, Israel is the only country they don’t even think about conquering in the Middle East. Daesh militants have repeatedly expressed that Israel is too powerful for them.”

While it’s unclear whether they do it out of fear, strategy, or friendship, it’s definite that Daesh doesn’t attack Israel. Furthermore, the destruction Daesh caused in the Islamic world is also definite. Despite their terrorist attacks and videos they publish, their real enemies are Muslims, not Christians and Jews. They have declared Muslims who are different from them infidels; this means, in their opinion, 1.5 billion Muslims are infidels. They have killed thousands of Muslims, starting in Iraq. Through Daesh’s actions, Islamophobia has been on the rise in the US and Europe, and it has become normalized.

Moshe Ya’along, who resigned from his post last year due to disagreements with Prime Minister Benjamin Netanyahu, revealed a secret. Beyond not posing any threat to each other, it seems that Daesh and Israel have some kind of a dialogue going on between them. Moreover, the whole world witnessed that Daesh apologized to a country, that country being Israel. What’s more interesting is that Western media didn’t carry Ya’alon’s statements in the headlines, even though Daesh massacred and continues to massacre thousands of people. If these words were uttered by another country’s minister of defense, I’m not talking about only Muslim countries but any country, it would have been discussed for days and the said country would be accused of being a proponent of Daesh. None of this happened. International media outlets just published a brief piece on it and let it be.

Why? Because it is Israel and they can do whatever they want. They can occupy any land, openly state they don’t want Daesh to be defeated, and accept the apology of Daesh. Does anyone dare to remind Israel of their claim to being a democratic state of law? No. The world is shaped in accordance with their perception of threats. Recently, Israel announced that they have banned tourists who visit Jerusalem from going to Palestinian cities and the West Bank. It’s an attempt to prevent people who witness Israel’s cruelty and oppression from telling it to others, I guess. However, those who have seen it are so horrified that they can’t even tell it to others. Moreover, even if they tell the tales of cruelty and oppression, who would care?