Why Do Election Polls Fail?

Especially after the June 24 elections, owners of some survey companies admitted that they made fraudulent in the results of their research to prevent hash criticisms from political parties and their voters. Thus, it is a common practice for these companies to not present the actual results. 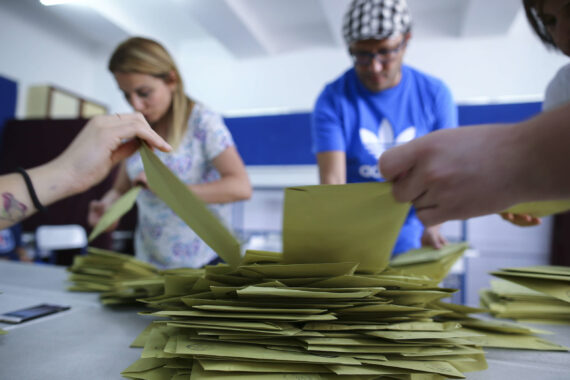 Since there’s less than a month left for the local elections in Turkey, the current public tendency is being questioned by political parties. All political parties conduct their own polls in order to understand the reflections of the public towards their election campaigns. Nevertheless, each survey campaign presents different results about the current tendency of the public. Because of this reason, the reliability of survey campaigns has become one of the hot topics. Recently, President Erdogan stated that he did not trust the results of election polls. The President’s statement encouraged an in-depth discussion on the failure of Turkish survey campaigns and the reasons behind it.

It is a well-known fact that Turkey’s survey campaigns have never showed quite a success in estimating election results consistent with the actual results. Indeed, survey campaigns in the U.S. and Europe have faced the same problem in the last years. During the presidential election in the U.S., survey campaigns did not give any single chance to Trump’s victory against Clinton. Furthermore, Macron’s selection as the President of France was a shock for survey campaigns. These countries also questioned the reasons behind the failure of elections polls, just like the current situation in Turkey.

This problem is highly related to the lack of well-prepared research design. Most of the companies do not pay attention to a research design that reflects the whole population. This creates an enormous reliability problem for the results of the companies. For instance, some campaigns conduct research with just a bunch of people and present results as if they represent all of society. The problem in research design results is biased results that come out at the end of the research.

It is also obvious that methodological fallacy is a very common problem among survey campaigns. One of the reasons behind this problem is the lack of sample strategy in research. Campaigns fail in selecting their samples consistent with socio-economic and political aspects of Turkish society. Even if they follow cluster sampling strategy in the first phase, it becomes expensive and problematic for companies to follow this sample strategy. Moreover, survey campaigns do not have their own researchers on the field and they cannot control the implementation phase of research. As a result, their sample fails in representing the whole of society.

The reliability problem of survey companies should be discussed in a comprehensive way. Since it is not an easy task for these companies to handle all problems in a short term, they should focus on resolving these problems in a long term.