The latest meeting of the CHP drove a bigger wedge between the CHP leadership and the party’s supporters. If the party cannot find a cure to heal this relationship, it may face a larger intra-party split in the following days. 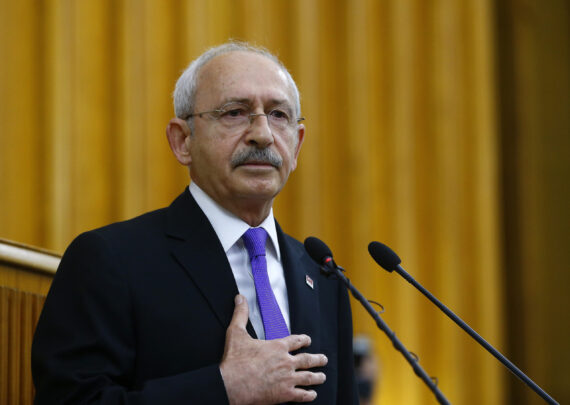 Chairman of the Republican People's Party (CHP) Kemal Kilicdaroglu makes a speech during his party's group meeting at the Grand National Assembly of Turkey (TBMM) in Ankara, Turkey on May 08, 2018. Anadolu Agency

Although two months have passed since Turkey’s June 24 elections, the main opposition parties are still struggling with intra-party conflicts. Despite all efforts to consolidate leadership before the upcoming local elections, the latest situation reflects that these conflicts will continue to escalate and de-escalate for quite a while. The latest developments in the CHP reflect the fact that the party administration refuses to face reality, which makes it impossible for the party to keep their votes together in the upcoming elections. So, the CHP administration may face a sharper opposition after March 2019.

Indeed, the agenda of the meeting was shifted to the possible outcomes of the ongoing intra-party opposition and their reflections on the local elections. Kemal Kilicdaroglu – leader of the party – explained the background of their discussions with Ince after the elections. He admitted that he accepted to hand over the chairmanship of the party to Ince after the party’s failure in the parliamentary elections. Nonetheless, he claimed that Ince’s attitude after the elections did not give him any confidence and that he was worried about the possible dissolution of the party within a week had he quitted.

Kilicdaroglu’s statements are in fact contradictory and far from the reality when we look at the background of the latest division within the party. Firstly, Kilicdaroglu did not explain which attitudes of Ince changed his decision to quit the chairmanship. It seems that these attitudes were not only related to Ince’s statements to reporters about a private conversation between the two. If Kilicdaroglu wants to convince supporters of the CHP about his position against Ince, he needs to put more effort in doing so.

Another contradiction with what Kilicdaroglu has been saying is about his stance against leadership change in the party. In his statements at the Party Assembly, Kilicdaroglu accepted his role in the failure of the party during the elections. Even though he accepted to quit the chairmanship, he changed his mind after Ince’s attitudes in the post-election period. However, Kilicdaroglu does not regard leadership change as a necessity to the party’s success. If Kilicdaroglu was really ready for a leadership change, there would be no trouble in finding a suitable candidate. This situation reflects that the issue of leadership change is a win-lose game for Kilicdaroglu against his rival Ince. If it was to be a principal issue, he would meet the requirements of the situation.

Despite his failure in fighting for party chairmanship, Ince is still active in bringing the opposition within the party together. After the meeting of the Party Assembly, Ince refused accusations made by Kilicdaroglu and accused him of lying to the public in order to protect his seat. In addition to Ince, the meeting also cause disappointment among party supporters. A majority of party supporters even announced that they will not go to the polls in the upcoming elections if Kilicdaroglu continues to blame the critical voices  harshly and accuse them of intentionally supporting the AK Party.

The latest meeting of the CHP drove a bigger wedge between the CHP leadership and the party’s supporters. If the party cannot find a cure to heal this relationship, it may face a larger intra-party split in the following days.