Why Interpersonal Violence is a Global Issue

Interpersonal violence needs to be taken into consideration on a serious level as it can result in not only lifelong physical and psychological health issues for the victim but can also generate societal as well as economic risks for society as a whole. 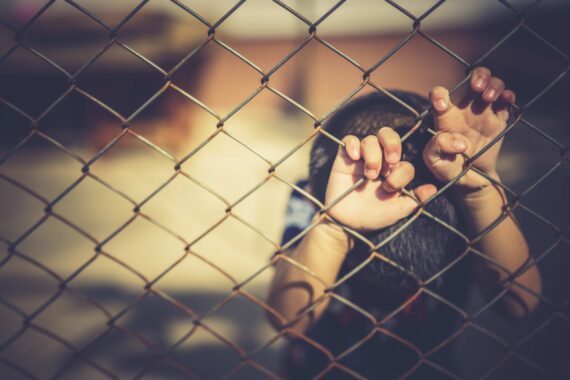 Having observed the United Nations International Day for the Elimination of Violence against Women on November 25, 2017, it can be suggested that as the years go by, many countries across the globe have covered some distance on this issue. Considering the fact that violence is not only an act committed by men to women, but rather an act of the “powerful” to the “subordinate,” while the issue of violence has typically been discussed around “violence against women,” recent approaches have expanded this scope to “interpersonal violence.” Compared to violence against women, interpersonal violence is a phrase that covers violence between family members, intimate partners, friends or strangers and includes different types of human rights violations such as child maltreatment, youth violence and intimate partner violence.

Interpersonal violence needs to be taken into consideration on a serious level as it can result in not only lifelong physical and psychological health issues for the victim but also can generate social as well as economic risks for society as a whole.

Thus, we need to shift our understanding of violence and expand it to the level of interpersonal violence for two reasons: first, women are not the only victims (although they still constitute the majority) and secondly, calling violence against another, especially against women who are married or in a relationship, “domestic violence” privatizes the issue as if to suggest it’s a matter solely concerning the parties involved.

More, cases involving violence against men are tentatively labeled “torture” rather than “violence,” as if to suggest that this type of violence is more severe than a man abusing a woman. Not only does this make it more difficult to overcome the issue, but the difference between “violence” and “torture” is as if to suggest that one act is worse than the other. This discourse must be alienated, and the term interpersonal violence should be utilized to cover violence between men and women respectively.

While unfortunately society is more prone to discussing violence against women, it must be highlighted that there are studies, which suggest a serious increase in violence against men. For instance, according to a study conducted in 2014 in Canada, the number of men suffering spousal violence in the last 5 years has reached 418,000, while the number for women is 342,000. Similarly, according to a 2010 research conducted by Parity, an organization based in London, more than 40% of victims of domestic violence in the U.K. are male. This surely requires special attention. It must be noted here that considering the patriarchal nature of societies surrounding both violence against women and men, in most countries it is difficult to find data with regards to men who are victims of abuse.

As mentioned, while society is more prone to discussing violence against women, which usually ends in “feeling sorry” for the victim, or assuming the situation is “natural” or “normal,” discourse surrounding men who are victim of abuse occurs in a different direction as the male is accepted as the “powerful” figure in relationships. Nevertheless, it would be suitable to state here that as governments and international organizations are recording progress on the issue, violence against men is now at least on the agenda and is being discussed.

Having a closer look at the global interpersonal violence score, although there has been some progress recorded, it is difficult to be optimistic about the elimination of violence. Violence is right at the heart of society, taking a hard line for women. For example, according to 2017 World Health Organization data, 1 in every 3 women (35%) have been exposed to physical and/or sexual intimate partner violence or non-partner sexual violence at least once in their life time. Similarly, according to the U.N. “Progress towards the Sustainable Development Goals” in 2016, 19% of women reported that they had experienced physical and/or sexual violence by an intimate partner in the 12 months prior to the survey.

In the worst scenario violence leads to death; According to data recorded in November 2017, 4 in every 10 women (%38) are killed by a male intimate partner. However, other probable results are no better than death; violence causes equally worse results with death such as impairing women’s physical, sexual, mental and even reproductive health.

“Leave no one behind”

So, what’s the picture like in Turkey, especially with regard to the discussions on violence against women? Turkey has its share too from violence against women. As the Ministry of Family and Social Policies (ASPB) “National Research on Domestic Violence against Women in Turkey” report provides, the percentage of women in Turkey who reported having been exposed to physical and/or sexual violence by their husband or an intimate partner(s) was 37% by 2014. According to the World Economic Forum Gender Gap 2017 Report, the percentage of women who were victims of gender violence in Turkey was 42%. That means almost 16 million women were exposed to violence at least once in 2017. As mentioned earlier, violence is a type of discrimination, if not the most brutal one, and similar to other countries, Turkey is also facing violence issues. This is with no doubt a universal problem. However, taking determined steps at the national level will help governments tackle the issue of violence more effectively. There is an increasing social awareness of the implications of violence for individuals and for society, yet states ought to go beyond that. Each individual matters, and as the U.N. emphasized in its conference theme: “leave no one behind.”

At this point, it is crucial to understand how things have developed in Turkey. As mentioned earlier, violence does not tend to be a one-off act and in most serious cases can lead to death. In addition to enabling security mechanisms for women, such as issuing protection orders, it is necessary to designate a “safe place” for the victim of violence. At this point, Turkey has covered some development when compared to the late 1990s. In addition to state-funded women’s shelters, there is also a growing body of privately-funded ones. While these shelters work as a rapid response mechanism to emergency situations, women can only reside in these institutions for a maximum of 6 months. In some shelters women are provided psychological support to overcome their trauma and in some cases are provided with vocational courses, which are aimed to empower women in order to build a better life for themselves.

Although women’s shelters do work to some extent in Turkey, we need to go beyond that. Violence is like an infectious disease that will destroy the victim regardless of their age, gender or sexual orientation. In today’s social settings, women are victims because they are the “subordinate.” However, in other cases, the situation can be vice-versa. Thus, yes, while it is crucial to keep running rapid response mechanisms, as in the case of women’s shelters, in order to ensure that no one is left behind, a long-term plan is very crucial not to address the wound only but to heal it completely. 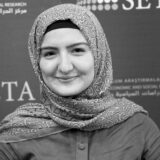 Dilruba K. Toklucu received her B.A. in Sociology from Middle East Technical University, Ankara. While Toklucu is currently pursuing her M.A. in Public Administration at the same university, she is also a research assistant in the Education and Social Policy Department at SETA. Her research interests include Education, Social, Public and Migration policies.