Why LNG is Significant for Turkey's Energy Market

In order to become a central country in energy trade, it is first necessary for Turkey to reduce natural gas import dependence on a handful of countries. With LNG trading, Turkey will be able to achieve this independence. 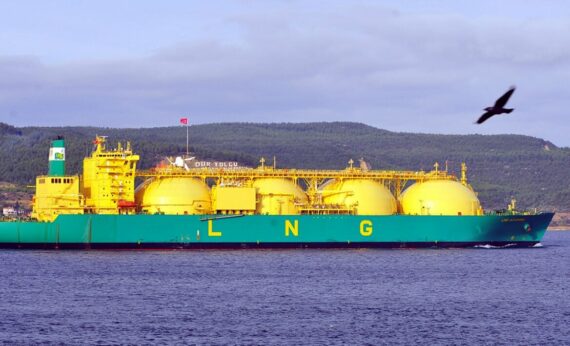 In the 21st Century, natural gas is undergoing its “golden age” with the emergence of new technology for its development. This development opens doors for exploring new energy alternatives. New technologies particularly in energy production and trade have produced an increased demand especially for Liquefied Natural Gas (LNG) trade.

SecurityBy Mustafa Caner
The cost of transferring natural gas from pipelines to overseas countries is too high. LNG allows the transfer of natural gas via special vessels after liquefaction to different destinations. With LNG, natural gas can reach places where pipelines cannot reach. The geographical accessibility provided by LNG, and the security problems conventional natural gas pipelines face, have increased demand for LNG.The first step in the commercialization of LNG, which has an old but slow-growing market, begins with the liquefaction of natural gas. After many stages, LNG has started to become an important commodity in global energy market. In fact, LNG is currently exported and imported by many countries. LNG has become an alternative in providing an energy resource and helped market diversity in ensuring an energy supply and meeting security demands. At least 17 countries exported LNG in 2015, and 30 imported it.LNG’s portability means any country, not just those in a particular region, can engage in its trade if they desire. This strengthens the sustainable structure of this trade. LNG is not as cheap as coal, nor is it as clean as renewable energy, but it is the cleanest source among fossil fuels. The increase in LNG trade offers an opportunity for some countries that cannot export their natural gas resources through pipelines due to their geographical location. In this context, many resource-rich countries are expected to increase their market share with LNG trade.LNG trading also offers significant opportunities for importer countries in order to increase resource diversity and reduce dependence on certain countries. For example, the region with the highest demand for LNG has been the Asia-Pacific, which is geographically distant from many natural gas producing countries. Japan, South Korea and China are the largest importers in the Asia-Pacific, while on the European side, Spain, England and Turkey are the largest.

The increasing role of LNG in the global natural gas market creates significant opportunities for Turkey, which meets its energy demand externally. Turkey is a natural bridge between the East, which has energy resources, and the West, which is the largest energy import market. Turkey has not been able to exploit this position for many years, and now wants to have power in the global energy market. So, it is making new agreements to become a central country rather than a bridge in energy trade.

In order to become a central country in energy trade, it is first necessary for Turkey to reduce natural gas import dependence on a handful of countries. With LNG trading, Turkey will be able to achieve this independence. But the share of LNG in energy import in Turkey’s annual gas consumption is considerably low.

The import of LNG started in 1994 from Algeria with the signing of an agreement, and a second source was added in 1999, when Nigeria also signed an agreement. Today, LNG is also imported via spot markets from Qatar, Norway and Trinidad-Tobago.

While 22.1 billion cubic meters of natural gas was imported in Turkey in 2004, this figure reached 49.8 billion cubic meters in 2015. Turkey’s long-standing economic growth has also increased the demand for energy resources. Energy supply security has recently begun to be seen as an important issue in Turkey.

In this case, Turkey needs to benefit from LNG trading. The demand of Turkey for LNG has also started to increase from this angle. As known, Turkey is able to import LNG from many different countries. LNG is an important tool in meeting daily and seasonal flexibility. It is also essential as an alternative source if the supply of natural gas declines or stops. However, the share of LNG in total natural gas consumption in Turkey is only around 15 percent.

Turkey needs to increase the amount of LNG in total energy consumption in the near future. There are currently two gasification terminals in Turkey. Marmara Eregli LNG terminal belongs to BOTAŞ, which has been operating since 1994 and has a capacity of 7.8 billion cubic meters. The second LNG terminal in Turkey, EgeGaz Aliağa Terminal, which was commissioned in the winter of 2006, has a capacity of 6 billion cubic meters.

As a result, Turkey needs to make many innovations in order to strengthen its LNG market. The steps that Turkey should take in order to become a trade centre in natural gas as follows: 1) Turkey should be involved in the process of liberalization in the natural gas market. 2) In order for a liberal market to emerge, energy imports should not be dependent on a single source and country. 3) Apart from BOTAS, other companies should also operate in the natural gas sector. 4) Within established storage facilities, advanced infrastructure and human resources should be developed. 5) Priority should also be given to initiatives for Floating Storage Regasification Units (FSRU) as storage facilities and re-gasification terminals.

Salihe Kaya is research assistant at the Energy Department at SETA Foundation. Kaya is a graduate student at the Social Policy Program at Yıldırım Beyazıt University in Ankara. Her areas of interests cover energy supply security, economics of energy, fossil fuels and LNG.