Why the Gulf Crisis is Here to Stay

The idea of a rapprochement between Saudi Arabia, United Arab Emirates and Qatar is wishful thinking at the simplest level of analysis, as the effects of the blockade continues and mistrust between the parties persists. 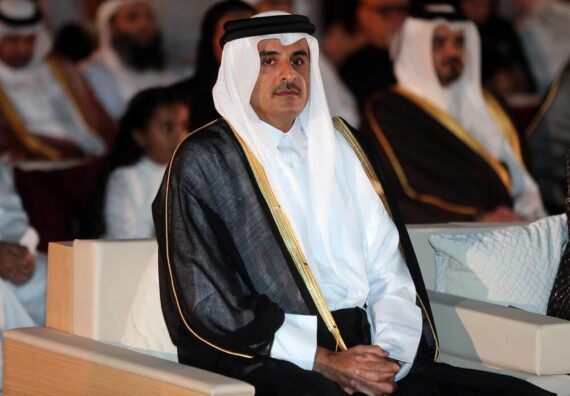 There have been rumors regarding a possible easing of tensions between Qatar and its troubled GCC partners Saudi Arabia and the United Arab Emirates. After a decision by the Saudi, Emirati and Bahraini officials to send their teams to Qatar for the 24th Arabian Gulf Cup of 2019, certain positive interpretations followed in the international media. Along with this decision, high-level policymakers’ statements both in Saudi Arabia and Qatar have demonstrated their partial willingness for constructive dialogue to be established between the two parties. Many argued that this “football diplomacy” would help ease the tension between these three countries and Qatar. As the political and economic blockade imposed by Riyadh, Abu Dhabi and Manama has been waning gradually, there was some hope that Gulf countries would recover the relationship. However, this is not as simple as many would like to think.

Saudi Arabia and the UAE’s lack of success on a number of regional issues, particularly the Qatar blockade, have led these countries to reconsider their foreign policies. The Saudi-Emirati axis was not able to force Qatar to bow down and meet with the initial demands. While Qatar, remaining defiant, has not made any change to its foreign policy, particularly with regards to 13 demands announced by the blockading countries. The Riyadh and Abu Dhabi administrations have come to the realization that the blockade of Qatar, which has been one of their main foreign policy miscalculations, can no longer continue. Despite realizing this there is still no genuine change to the hostile nature of these two countries’ attitude towards the Doha administration. While a majority of the issues that created division between Qatar and the Saudi-Emirati axis still exist, many initiatives of Riyadh and Abu Dhabi are not and will not be supported by the Doha administration.

Therefore, it can be misleading to expect that the Qatari administration will take a positive attitude towards the rapprochement of these two countries. As a matter of fact, with the blockade in 2017, Qatar has reshaped its foreign policy and acted with the reflex of a country surrounded by hostile neighbors. As part of this strategy Qatar has developed strong alliances with regional and international actors, such as Turkey, Iran and the United States and diversified its political, diplomatic and economic alliances.

Rather than being obliged to establish a means of dialogue with the Saudi-UAE axis, Qatar has done more to build consolidated international partnerships particularly with Turkey, the US and Iran. Bilateral relations, trade volume, military cooperation and socio-cultural harmony have seen a boost between Turkey and Qatar, with partners intending to reach record levels of bilateral trade and military cooperation particularly. With the US, Qatar has enjoyed the privilege of hosting the largest US airbase in the Middle East, and the US has also the made promises of enlarging it at despite Qatar’s regional entanglements. Qatar has also built a stronger relationship with Iran, one that was already in place even before the blockade was initiated.

Another reason as to why a genuine rapprochement between Qatar and its hostile neighbors will not occur is the way Saudi Arabia, the UAE and Bahrain treated the Doha administration. The attitude of Riyadh, Abu Dhabi and Manama during the early stages of the blockade had a strongly negative effect on the both Qatari political and social actors. As the Qataris were being humiliated by its neighbors, their trust toward them was significantly damaged. Although there have been some constructive attempts by these countries to redress this more recently, the damage remains and is almost impossible to be recovered.

Finally, in the latest developments to ease tensions between the Saudi-UAE axis and Qatar, it doesn’t seem reasonable for Mohammed bin Salman and Mohammed bin Zayed to change course. Having spent a tremendous amount of effort, money and manpower to be the regional-agenda-setters, Mohammed bin Salman and Mohammed bin Zayed firstly intended to isolate Qatar to punish its allegedly disobedient foreign policy behavior. Being stalemated against Iran, being stuck in Yemen and having assumed an unassertive role in the global oil market, the Saudi-UAE axis aims to ease the existing tensions with Qatar, only to demonstrate their vulnerability and give countless regional concessions.

Despite suggestions that the recent football diplomacy may be a way out to the already deepened crisis in the Gulf region, it is hard to believe that there can be an easy solution to the existing problems between the parties. The idea of a rapprochement is wishful thinking at the simplest level of analysis, as the effects of the blockade continues and mistrust between the parties persists. The humiliation and insults toward Doha by Saudi Arabia and the United Arab Emirates is something fresh and unforgettable for both the political leadership and popular masses in Qatar. The Doha leadership was able to remain strong and solid during the hardest period of the crisis and it will simply not forget the mistreatment it was subjected by Riyadh and Abu Dhabi.