Why Turkey's Democratic Left Party Did Not Support Ekrem Imamoglu

It might even be the case the voters of small parties will decide whether Ekrem Imamoglu or Binali Yildirim will be elected as the new mayor of Istanbul. 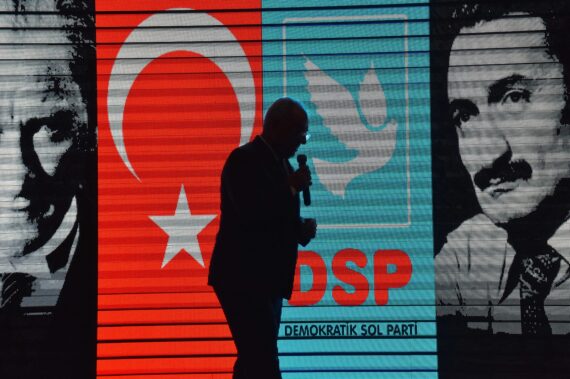 One of Turkey’s well-known center-left parties, the Democratic Left Party (DSP), has once again drawn attention in Turkish politics due to its striking stance regarding the main opposition’s and the Nation Alliance’s mayoral candidate for Istanbul, Ekrem Imamoglu. As a post-1980 political party, which had been established under the leadership of former Turkish Prime Minister and CHP chairman Bulent Ecevit, the DSP symbolized a shift from traditional – and even radical – CHP preferences subsequent to the 1980 military coup. The party had also received its chance to lead the country between 1999-2002, which ultimately ended with an election loss against the newly founded AK Party. Since that date, the center-left DSP has not gained any success. However, it also chose not to close its doors to the politics.

Today, the DSP still remains on the agenda of Turkey’s leftist political circles as it has once again been during the 31 March election campaign. Many former CHP candidates, who had not been nominated as mayoral candidates and had been replaced with other names from the CHP leadership, in particular names close to the CHP chair Kemal Kilicdaroglu, consequently switched as a reaction to the DSP. This happened mostly as a sign of protest against the CHP leadership.

In contrast to the Kurdish-leftist HDP, the DSP announced its own mayoral candidate, Muammer Aydin, for the Istanbul mayoral election on 31 March and did not support Ekrem Imamoglu. Aydin received approximately 30,000 votes out of the eligible 10 million voters in Istanbul. Despite its very little meaning, taking into account the difference between the CHP candidate and the AK Party’s candidate on 31 March, the controversial election results showed a slight margin of just 13,000 votes. Thus, it becomes more obvious how important every single vote is with regard to the upcoming re-run of the mayoral election on 23 June.

In contrast to the HDP, the DSP announced its own mayoral candidate – Muammer Aydin – for the 31 March elections and did not support Ekrem Imamoglu.

Interestingly, the DSP’s candidate for Istanbul recently stated that he has withdrawn from the 23 June election by describing the election board’s (YSK’s) decision to re-run the election as unlawful. Consequently, supporters of Ekrem Imamoglu expected the DSP leadership to take a similar stance to the HDP, namely, not announcing its own candidate and supporting the CHP’s candidate. However, the DSP did not share this trend.

The DSP’s party assembly decided not to appoint a new candidate due to the resignation of its former candidate Muammer Aydin. However, party members have officially rejected supporting CHP’s Ekrem Imamoglu although some small parties – including the HDP – had already announced their support.

Despite the party’s decision, it is of course possible that DSP voters could still back Imamoglu in protest of the decision. However, the main points worth analysis are the reasons why DSP members chose not to back Imamoglu. Party chairman Onder Aksakal explained the DSP’s decision by stressing former DSP leader Bulent Ecevit’s heritage. According to Aksakal, the party would go against Ecevit’s heritage if it were to support the same candidate as other political parties, which are not compatible with the specific understanding of leftist politics represented by the DSP. By this, Aksakal implied other leftist parties such as the HDP.

If the DSP were to support Ekrem Imamoglu, it would go against Bulent Ecevit’s heritage as this is regarded incompatible with the DSP’s leftist politics.

As I occasionally try to address, the entire center-left in Turkey faces a difficult but fundamental problem. Even though there is a potential chance to broaden the electorate and even become a serious alternative within Turkish politics in the long-term by becoming a hope for center-left minded voters, the CHP’s expectations and wrong strategies always ends in electoral losses. Thus, it is actually an advantage that due to Turkey’s new presidential system, leftist and center-leftist parties are able to establish alliances. However, it is also becoming apparent that the “left-bloc” does not deliver a stable future projection.

Gathering all left-oriented political parties together does not guarantee a fundamental success along with a populist figure such as Imamoglu himself. Furthermore, it is a strong sign and remarkable element of Turkish democracy that small center-left parties such as the DSP have the courage not to support the CHP’s mayoral candidate due to the party’s own stance – despite continuing heavy pressures from several leftist and media circles. At the end of the day, it might even be the case the voters of small parties will decide whether Ekrem Imamoglu or Binali Yildirim will be elected as the new mayor of Istanbul.

Also Read
Why did Voting Behavior Change in Istanbul?