Western countries, think-tanks, and media representatives do not hesitate to challenge Turkey in favor of the YPG. This however appears to be rooted in a reading of Turkish politics and foreign affairs that disregards facts and opinions inside Turkey, and conditions on the ground in Northern Syria. 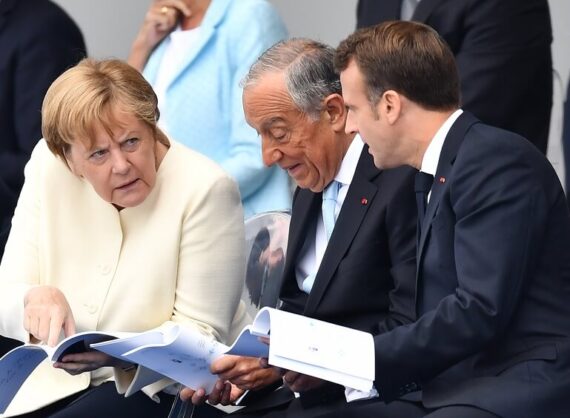 Turkey’s Operation Peace Spring was launched with the purpose of establishing a safe zone to remove the YPG terror group from southern borders of Turkey. Now, Turkey’s military operation has been paused for 120 hours as a result of the deal reached with the US yesterday evening. Observers noted during the course of the operation so far that the images of Abdullah Ocalan, the PKK’s imprisoned leader, left hanging over walls in the border towns of Tal Abyad and Rasulayn. This is a clear indication of the YPG’s tie to the PKK, its sympathy with Ocalan, and its shared aspiration to establish an ideologically Marxist and ethno-nationalist statelet in the region.

Since the operation was launched, Western media and politicians along with PKK sympathizers and nationalist Kurdish social media users, have harshly criticized Turkey. They presented Turkey as an invading or occupying force with no intention to leave Syria in the long run. They have further portrayed Turkey’s fight against the YPG as being against international law, although, in fact, the operation was supported by local Arab Muslims and regional Christian groups.

A deeper analysis of such criticisms by Western journalists and politicians reveal the fact that these are deeply biased responses devoid of any engagement with facts. Some have accused Turkey of targeting civilians while others have described Turkey’s Operation Peace Spring as part of an oft-repeated plot to establish a Neo-Ottoman Empire.

It is so strange that Turkey’s security concerns emanating from the PKK terror threat over four consecutive decades are not properly addressed, and that neither NATO allies nor Western journalists or think-tankers paid due attention to the subject except a few thoughtful exceptions (I>; II).

Analysts have embellished and insisted on the narrative that Turkey’s military operations will result in strengthening Daesh (ISIS) and the Assad regime ignoring that this would only happen against Turkey’s interests in the region.

The narrative about Daesh prisoners, for example, ignores the fact that the Turkish Armed Forces have fought against this terror threat more than any other country in the world through military and security operations inside and outside the country. While instead, Western governments have chosen not to support a NATO ally in the fight against Daesh, but preferred to back a terror group, as President Trump indirectly admitted in a recent statement.

Despite Turkey’s ambitions to establish the security conditions required so that more than one million Syrians may be resettled in the north of Syria, some Western critics have argued that Turkey’s recent operations might cause the number of Syrian refugees heading to Europe to increase. Most of the critics do not address and disregard the fact that the YPG itself has succeeded in changing Northern Syria’s demographics causing many to flee to across the border.

Most observers of Turkey find that unlike their own opinions, the majority of Turks support the operations against the YPG, including politicians from the main opposition party the CHP. Others have also stated that the operation has strengthened President Erdogan’s domestic position without analyzing the reasons. Analysts have tried to dismiss support for President Erdogan by explaining it away as a simple “rally round the flag”, however without looking at the Turkish context in particular, these theoretical approaches fail to explain the reality on the ground. Instead a greater focus by western analysts appears to be on how the operation will supposedly make Turkey much more isolated in the global context.

It is interesting to note the disappointment expressed by foreign observers highly critical of Erdogan that the new mayor of Istanbul (CHP), who they have often lauded as a “hope” for Turkey, is also supportive of “Erdogan’s operation”. Demonstrating once again their failure to understand Turkey’s complex social dynamics and also exposing the way in which highly rigid, ideological narratives dominate their readings of Turkish politics. Some deliberately do not want to understand that most Turks fundamentally reject any kind of cooperation with the PKK’s offshoots.

On the other hand, discussions in Europe and in Germany have also focused on the fact that there are no European instruments that can be used to effectively oppose Turkey’s actions in the Syrian context, except for the somewhat symbolic steps made by some European authorities to halt arms exports to Turkey. Ultimately in the words of the Foreign minister of Luxembourg’s recent tweet, “We as Europeans are not able to stop that. This has to be told honestly to the people”.

Turkey’s security concerns are for the most part disregarded while those of a terrorist organizations are tolerated and even supported. Leading Western countries, think-tanks, and media representatives who aware of the dangers of PKK affiliated organizations, do not hesitate to challenge Turkey in favor of the YPG. This however appears to be rooted in a reading of Turkish politics and foreign affairs that disregards facts and opinions inside Turkey, and the conditions on the ground in Northern Syria. Such a situation cannot continue forever, and as Turkey is an important NATO player in the region, it will only be a matter of time until the importance of Turkey as an ally will be once again rediscovered.