The political landscape in the Gulf is grim and Oman has to be careful not only in managing its economic direction, but also political relations with neighbouring actors. 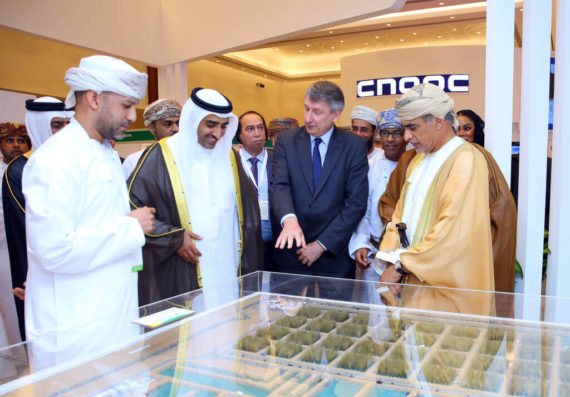 Oman represents a different model among GCC countries with its unique political, economic and social structure. The country differs from its fellow neighbours in terms of political orientation, economic development as well as social and cultural life. While the country particularly avoids taking sides in regional conflicts and other foreign policy issues, it plays a mediating role especially in the disputes between Iran and regional and global actors. Unlike other Gulf countries such as the UAE, Qatar, and Bahrain, the Omani government keeps the ratio of foreigners to its own population at a certain level in order to allow its citizens to benefit more from the already limited resources in the country. An interesting fact with the expatriates who reside in Oman is the fact that they are far better integrated into Omani society than expats in other Gulf countries who experience some form of segregation. This is mainly due to Oman’s centuries-old culture of hosting people from different countries and being a trade hub between continents.

Oman also differs from other Gulf countries such as Qatar and the UAE in terms of its economic capabilities as well as structure. Despite Oman’s economy being heavily dependent on oil exports, the country’s reserves are limited. Because of the lack of enough natural resources, the Omani regime has tried to increase the welfare level of the country by using the existing reserves as effectively as possible, and allocating returns towards economic development and infrastructure. These limited reserves caused Oman to lag behind other Gulf countries with regards to economic development. As a result, Oman has made little progress in terms of becoming an international trade hub, despite the strategic location of the country. Additionally, Oman’s GDP per capita also remained the lowest among the GCC countries. Although it has lagged behind other Gulf countries economically, Oman has been undertaking a new initiative to bring a sustainable development model for the country and to make a rapid progress towards a post-petroleum economy.

On 27-28 January 2019, the Omani government announced its Vision 2040 program where it detailed a new strategic road map that would allow the country to transform its economic structure. There is no doubt that the most important motivation that pushed Sultan Qaboos’ leadership to define a new strategy is the disappearing natural resources in the country. It is estimated that the oil and natural gas reserves of Oman will end before 2040. If new discoveries cannot be made, the country will supply its energy needs through imports and will have to replace their exports with goods other than oil. This depressing trend is pushing the Omani leadership to find alternative ways to restructure the country’s economy.

By implementing the Vision 2040, Oman’s main priority is to diversify its economic activities and establish an economic environment where dependence on hydrocarbon products is kept at a very limited level. Aiming to adopt an economic development model in this direction, Oman aims to stand out in fields such as production, industry, tourism, trade, mining and port management. The country also aims to replace hydrocarbon based energy resources with renewable energy options.

Within the scope of the policy of diversifying the economic activities, one of the areas Oman attaches special importance to is the transforming the country into global trade hub. By increasing the capacities of its ports in southern regions Oman aims to attract regional and international investors. In this context, significant efforts are being made to expand the ports in the cities of Duqm and Salalah along the Indian Ocean in the hope that these ports can also serve as alternative to Jabal Ali Port in Dubai.

Attracting foreign investments to Oman is another important target of the Vision 2040 strategy. The Omani administration organizes a number of events where international investors are being informed about potential projects in the country. The Omani government also made significant legal changes that would help investors easily tackle investment procedures. Within the context of these developments, there has been a significant increase in foreign direct investments in Oman in 2019. A recent example of such investment came from China. Under the newly signed privatization agreement on December 17, 2019, Oman’s state-owned Electricity Transmission Company, known as Nama, sold a 49% stake to the Chinese state-owned State Grid Corporation of China for $1 billion.

While struggling with these concerns regarding the future of the economy, Oman is also dealing with problems in foreign policy. Although Muscat remains neutral on many regional issues, Omani leadership is concerned that the new political dynamics of the region may also affect the country. For instance, the aggressive foreign policies of Saudi Arabia and the United Arab Emirates are not welcomed by the Omani leadership, as the country prefers to remain neutral in foreign policy. The continuation of this approach would bring some level of tension between these two countries and Oman. The civil war in Yemen also put Oman in a difficult position in pursuing a neutral foreign policy. This is mainly due to the fact that both Riyadh and Abu Dhabi consider Oman to be a passage for Iranian arms to Houthis in Yemen who are fighting against Saudi and Emirati backed forces. Although the Muscat administration rejects these claims, the continuation of the conflict in Yemen remains a cause of tension between Oman and its northern neighbours. Given this grim picture, Oman has to be careful not only in managing its economic direction, but also political relations with neighbouring actors that have strong natural resources reserves.

As Sultan Qaboos has been recently admitted to a hospital in Belgium due to health problems, the uncertainty over Oman’s leadership is also a source of concern for the country. As the uncertainty continues, Oman has focused on economic development while insisting on continuing a neutral foreign policy. With its inclusive social fabric, cultural pluralism, economic structure and neutral foreign policy position, Oman represents a unique case among the GCC countries. These aspects would allow the Omani leadership to become successful in its attempt to transform the country, particularly economically.