Will the Saudi Crown Prince Mohammad bin Salman attend the G20 Summit next week? And if he does, will world leaders pose with him smiling in front of cameras? 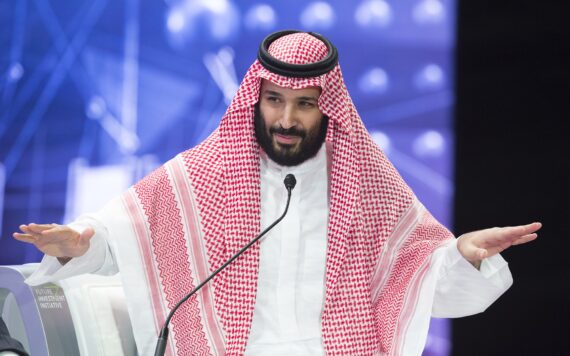 Saudi Crown Prince Mohammad bin Salman is planning to attend the G-20 Summit next week in Buenos Aires, Argentina. This will be a moment of ‘truth’ and ‘dare’ for world leaders, as Salman was initially accepted by international media outlets as the person behind the brutal murder of Saudi journalist Jamal Khashoggi.

The U.S., U.K. and France have maintained their arms sales to Riyadh regardless of the situation in Yemen where 85,000 children under the age of 5 have died due to hunger or disease since the war began in 2014. Even after the international reaction to the murder of Khashoggi, none of these powers considered re-visiting their arms deals.

The U.S., U.K. and France have maintained their arms sales to Riyadh regardless of the situation in Yemen while Denmark and German decided to take a step back from their relations with the Saudi administration.

In opposition to this, Denmark and German decided to take a step back from their relations with the Saudi administration. Germany has imposed European travel bans on 18 Saudi nationals suspected of being involved in the murder of Jamal Khashoggi, and have confirmed an arms embargo against Riyadh. Denmark became the second European country, after Germany, to halt future arms exports to Saudi Arabia on Thursday.

While the majority of world leaders are silent on ‘the Salman question,’ U.S. President Donald Trump has expressed his strong support for the Saudi Arabia administration. In an extraordinary public statement against reported U.S. intelligence assessments of the Khashoggi killing, Trump claimed that “King Salman and Crown Prince Mohammad bin Salman vigorously deny any knowledge of the planning or execution of the murder of Mr. Khashoggi.” Trump further argued in the same written statement that “Our intelligence agencies continue to assess all information, but it could very well be that the crown prince had knowledge of this tragic event – maybe he did and maybe he didn’t! That being said, we may never know all of the facts surrounding the murder of Mr. Jamal Khashoggi. In any case, our relationship is with the Kingdom of Saudi Arabia.They have been a great ally in our very important fight against Iran. The United States intends to remain a steadfast partner of Saudi Arabia to ensure the interests of our country, Israel and all other partners in the region. It is our paramount goal to fully eliminate the threat of terrorism throughout the world!”

Having said that, Trump leaves the door open for further investigations as long as these investigations do not hurt American interests: “I understand there are members of Congress who, for political or other reasons, would like to go in a different direction – and they are free to do so. I will consider whatever ideas are presented to me, but only if they are consistent with the absolute security and safety of America.”

It seems that Trump intends to play his cards according to future developments and according to the position of Turkey, as Turkish authorities have not yet revealed all the information they have on the Khashoggi case.

Earlier this week, Ibrahim Karagul – editor of Yenisafak daily newspaper who is close to state authorities in Turkey – claimed that if the full transcripts of the audio of the Khashoggi murder was to be leaked, this will be the ‘end of Salman.’ Serdar Turgut, another experienced journalist reporting from Washington claimed that U.S. authorities have already made this leak and have showed Saudis their ‘Trump card,’ and achieved their goal by holding evidence against Salman in order to have full control over Riyadh. He further argued that Turkish authorities should do the same and should hold their ‘Trump card’ until the ‘right’ moment in order not to lose their pivoting role on the Khashoggi affair.

On Wednesday, AK Party Member of Parliament for Istanbul Numan Kurtulus accused  Trump of trying to turn a blind eye to the murder of Khashoggi, and dismissed his comments on the issue as “comic.”

While not directly accusing the Saudi Crown Prince, Turkey has repeatedly insisted that the order to murder Khashoggi came from the “highest levels” of the Saudi government. As expected, this has been strongly denied by the administration in Riyadh.

The Argentinian government confirmed that Crown Prince Salman is on the list of attendees at the G-20 Leaders’ Summit. Since President Erdogan will also be attending the Summit, it’s natural for one to expect for the Turkish President to use this platform to demand accountability for the Khashoggi murder. However, if Salman attends the summit, Erdoğan and other world leaders would probably have a meeting with him to let their future moves about the Crown Prince’s future and his reaction to these moves. Indeed, the chess game for the future of Middle East will continue to be played in the G20 summit at the end of the month in Buenos Aires.

Crown Prince MbS is still yet to confirm whether he will attend the Summit or not.