Will the Appointment of a new Energy Minister relieve Saudi Arabia’s Economic Woes?

New Saudi economy minister Prince Abdulaziz bin Salman is the son of King Salman bin Abdulaziz and an older half-brother of the Crown Prince. His promotion, as a royal figure and Mohammed bin Salman's half-brother to the minister position will also strengthen the influence of MbS in the kingdom. 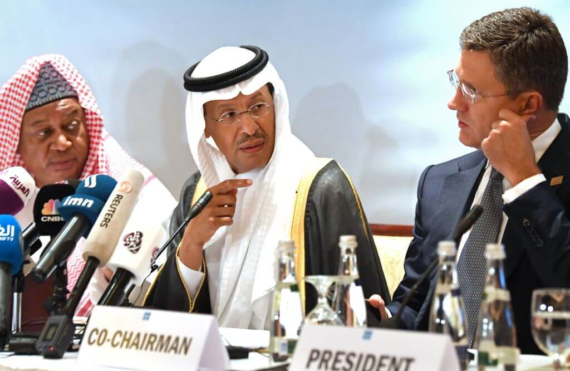 Economic concerns remain one of the top issues for the Saudi leadership. A recent replacement in the cabinet reflects the demands of addressing this problem. Following a royal decree, the Minister of Energy of Saudi Arabia and CEO of ARAMCO Khalid al-Falih has been replaced with Prince Abdulaziz bin Salman, acting State Minister for Energy Affairs. Khalid al-Falih has been acting as the Minister of Energy since May 2016. The replacement decision came after the recent ministry reshuffle at the end of the August. That reshuffle was aimed at alleviating the workload on the Ministry of Energy by creating a separate ministry responsible for the affairs relating to the Industry and Mineral Resources.

Prince Abdulaziz bin Salman is the son of King Salman bin Abdulaziz and an older half-brother of the Crown Prince. This change marks the first time a royal family member has been appointed to serve as the Energy Minister. The appointment took place at a time when Saudi leadership made a renewed attempt to sell shares in Aramco. This strategy was previously made public by Crown Prince Muhammad bin Salman in order to overcome financial problems facing the Kingdom. Even though the new minister is not a close figure to Muhammad bin Salman, his appointment means that the two will work together to overcome the economic problems that face the Kingdom.

It is argued that the decision to replace Khalid al-Falih is mainly about maintaining low crude prices and to address the mismanagement of the ARAMCO’s IPO (Initial Public Offering) process. In 2018-2019, Saudi leadership expected that in order for its budget to be balanced, crude oil prices would need to be around 80 USD. However, the Brent type crude has remained at the level of 60 USD. Although Khalid al-Falih was one of the architects of the global efforts to curb daily oil production in order to balance the prices, his management did not seem to be enough for Saudi leadership. Another reason leading to his replacement might be ARAMCO’s IPO process. For quite some time, the Saudi leadership has been planning an IPO of five per cent of ARAMCO’s stocks. That process seemed to stagger due to the lack of leadership on the part of Khalid al-Falih, which could also be a reason for his replacement.

What this development may represent for the Saudi leadership is that Mohammed bin Salman seems to intend to more directly lead the kingdom’s oil exports and policies to diversify economic resources in accordance with the kingdoms 2030 Vision. The promotion of a royal figure and his half-brother to the minister position will also strengthen the influence of Mohammed bin Salman in the kingdom. It has been argued in the media that Mohammed bin Salman has finally established the team that can help realize ARAMCO’s IPO goal. As soon as taking office, the new Saudi Energy Minister commented that while Aramco’s IPO will better serve for the interest of the country, there would be no radical shift in oil policy.

Despite efforts during the past three years, the Saudi economy is continuing to face challenges and uncertainties. While the Saudi stock market has fallen 14% since May 2019, declining oil prices have deepened an atmosphere of crisis in the country’s economic outlook. In order to overcome economic problems, the Saudi leadership will still have to focus on oil-related solutions in the short term as oil accounts for 40% of gross domestic product and 70% of government revenues. At the same time, it is also crucial for Riyadh to diversify economic activities as was formulated in the Vision 2030 plan.