Will Turkey Achieve Social Cohesion after the June 24 Elections?

The post-June 24 elections era in Turkey will not nurture the character of a society of rivals. If anything, it will most likely boost society’s current state and decrease the likelihood of devolving into a society of enemies. 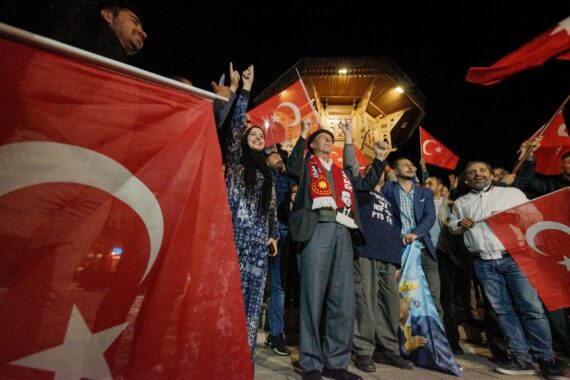 After the June 24 elections a critical question has arisen: what’s next in Turkish politics? The June 24 elections constitute a significant step in Turkey’s long history of democratization. The transition to a presidential system has now been consolidated with the victory of the AK Party-MHP alliance. This will precipitate a new wave of institutionalization, which will strive to achieve unity and stability at the state whereas the state remains open to society and societal differences. This means a fine balance between two contradictory forces of political life: identity and difference.

It is mostly due to the empowerment of democratic politics in the last 16 years that links society and its demands with the state. However, we should still insist that the political situation in Turkey begs to be analyzed in order to shed light on the question of what’s next in Turkey. The wisest start may be to spend some time on the issue of social cohesion.

There are three degrees of social cohesion that can be found in society. At the top of it lies consensus on the social good. All society may gather around a certain set of ethical-political values. Members of society perceive each other as “friends” and each define their identity and interests not independent of others in society.

This is followed by another situation where society is divided into multiple social groups on the basis of value or identity differences. Here, members of society perceive each other as “rivals.” Despite the fact that individuals define their identities different from each other, they share some form of interest, such as accepting the rules of competition among each other. In this type of society, one can at least testify to fair and open elections and peaceful transfer of power among rivals.

And lastly, there is a form of society in which members of society perceive each other as “enemies.” In this situation, individuals or social groups neither share a common identity and interest nor the rules of competition among each other. Here, what members of society share is a common understanding not to attack each other. One can easily put that the balance of threat keeps society from dissolving or from plunging into a bloody civil war.

Turkey characterizes the second form of society where individuals and social groups perceive each other as rivals. Since 1950 Turkey has conducted free and fair elections and despite intermittent military involvement into politics it has observed peaceful transfers of power. Increasing polarization during election times is a fact yet it has not degraded the country to a lower level of social cohesion so far.

Another issue is the dominant way of sustaining social cohesion in society. There are three models to bring society together. One of them is to acknowledge that society remains in a form of collectivity of subjective realities. Here the individual is seen more significant than society, political community is put behind civil society, and economic relations override political and cultural ties.

The second one is to channel society to create an intersubjective reality. This model accepts each as equal and emphasizes a rational deliberation among members of society. Here a common ground in society is searched in a non-political manner.

The third model is hegemony. Here society is brought together through a hegemonic project that aims to carve up the largest and most inclusive social whole by integrating free-floating societal demands. It involves a struggle of transforming the interests and identities of others by applying various ways of persuasion.

Turkish politics seems to adopt the hegemonic model. Political relations overweigh economic relations. Rational deliberation among members of society appears to be scarce. Conflict and competition determine political life. Political actors mainly strive to create the most inclusive identity or social whole in order to hold on to power.

The post-June 24 elections era in Turkey will not nurture the character of a society of rivals. If anything, it will most likely boost society’s current state and decrease the likelihood of devolving into a society of enemies. However, it is also likely to intensify hegemonic rivalry among political actors, especially due to the increasing primacy of democratic politics in holding on to power. One should not forget that the opposition in Turkey has searched for alternative ways until recently – other than democratic politics – to hold on to power.