Turkey's citizenship through investment program is expected to contribute to the country's economic structure, especially in the inflow of foreign currency and closing the current deficit, during a period in which the global economy is ailed by stagnation. 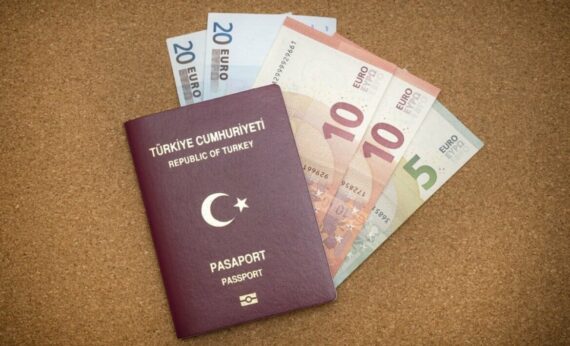 In order to sustain domestic economic vitality, many countries have been employing various instruments to attract financial resources in recent years. One such instrument is “citizenship through investment,” or “economic citizenship,” which exists in many countries in different forms. This application aims to attract foreign investment and capital, which in turn will increase employment and economic growth. According to the volume of investment, states may grant a residence permit or the right to citizenship to the investor.

While the policy has been discussed in the past, this program came into force in Turkey on January 12 2017, after being published in the official gazette. In accordance with this new law, a person making an investment of a certain amount, buying real estate, providing employment, having a certain amount of deposit in a Turkish bank or keeping state bonds for a minimum length of time will be granted the right to obtain Turkish citizenship. This application is important for a country like Turkey, which has issues achieving a certain level of growth with domestic savings, as it will incentivize foreigners to bring their capital to the country.

What are some examples of this application around the world and what does it aim to do?

The increasing global uncertainties and rising geopolitical risks of recent years have been causing unexpected deviations from growth rates, along with inadequate economic vitality, all over the world. The recession of global economics and the shrinking demands within the last years led some European countries to discussing and implementing plans to grant citizenship in exchange for investment.

The common aim of this program is to increase employment and growth through attracting more investments and foreign capital. In exchange for these, the investor will be granted a residence permit or the right to citizenship according to the level of investments (Table 1). Competing with other countries which have implemented similar programs, some countries try to attract more applications from investors by diversifying investment options. These diverse investment options include buying real estate, making a donation to a national development fund, or buying state bonds, along with other financial instruments such as private investment options and bank deposits. While citizenship through investment is preferred by small island countries for becoming an economic center, European countries employ it to lure more investments.

Portugal was able to harness approximately 13% of its direct foreign investments in 2014 with this program granting residence to foreigners, while Spain made around $375 billion in revenue by selling real estate to foreigners as of 2010, as a result of streamlined residence and work permit laws and incentives which were introduced in the 2000s. It is interesting that more than 20% of the real estate in Spain was sold to citizens of Northern Africa and Arab countries. In this sense, many countries are considering granting citizenship to foreigners in exchange for activities which revitalize the economy like buying real estate, investing or employing people.

What does Turkey aim to achieve by granting the right for citizenship to foreign investors?

According to the newly implemented regulation of the Turkish Citizenship Law, foreigners satisfying any one of the conditions below will be able to become a Turkish citizen:

With this regulation, it can be seen that Turkey is aiming to maintain economic vitality through investment and employment. From the well-roundedness of the regulation, it can be foreseen that these investments will contribute to many sectors, notably the banking and real estate sectors. In parallel with this, the capital that enters the country will be channeled to savings instead of consumption, which will result in improving the financial performance of the country. This regulation is expected to be preferred by those segments of societies in foreign countries that are concerned about rising far right and Islamophobic attacks in the West, and are looking for a more comfortable environment.

Will this application be able to revitalize the real estate sector?

Investors who buy real estate and invest in sectors that create added value are expected to increase inflow of foreign currency to the country. As it will consolidate the foreign interest in Turkey’s real estate sector and revitalize the demands for excess supply of real estate, it is being received positively by the sector.

Increasingly successful in selling real estate to foreigners in the last years, Turkey aims to revitalize the sector by creating demand to especially moderate and luxurious segments of real estate. The revenue of $5 billion in 2015 which was attained through selling real estate to citizens of Central Asia, Russia, the UK, and Germany is expected to be doubled gradually (Table 2).

In conclusion, citizenship through investment aims to diversify employable financial instruments in today’s recessing global economic policies. The global economic uncertainties and political risks, along with the increasing tensions in the region, indicate that investors’ demand for applications that grant citizenship will continue to rise.

In this sense, the program is expected to contribute to Turkey’s economic structure, especially in the inflow of foreign currency and closing the current deficit, during a period in which the global economy is ailed by stagnation. Considering the attractive investment opportunities which were triggered by improved relations with the Gulf countries, the said program will most probably electrify economic activities. This program, which already led to positive developments in the real estate sector, must be expanded to incentivize medium-to-large scale businesses contributing investment and creating employment, along with allowing refugee entrepreneurs to become a part of the mainstream economy.