Abul-Gheit stated that the “interests of the Kurdish people in Iraq will only be achieved within a unified, federal, democratic Iraq based on respect of the Constitution, equality and citizenship.” 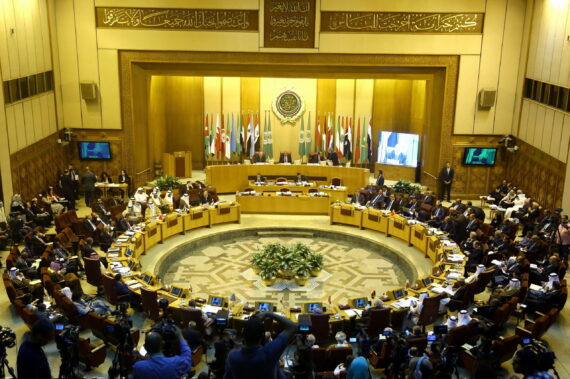 While prior to the referendum countries such as US and Turkey made it clear that the independence referendum initiated by the Barzani family-run Kurdistan Regional Government was illegitimate, calls from the international community continue post-referendum.

German Foreign Minister Sigmar Gabriel criticized the KRG for ignoring calls from the international community and for holding a referendum on the region’s future without the agreement of the central Baghdad administration.

In a statement, referring to the ongoing contest between Erbil and Baghdad on contested areas, including the oil-rich city of Kirkuk, Gabriel said that “the referendum has no binding effect, particularly with respect to the disputed territories.”

“We are calling on all sides to avoid further escalation and to refrain from unilateral steps towards independence or coercive measures.”

Gabriel called for dialogue between the two Iraqi administrations in order to address and negotiate on existing issues.

In addition to Germany, on Tuesday Russia reiterated its support for the territorial integrity of states in the Middle East.

According to Russia’s official TASS news agency, Kremlin spokesman Dmitry Peskov stated that “Russia’s position has not changed: We continue to believe that preserving the territorial and political integrity of states is extremely important for maintaining stability and security in the region.”

Peskov informed that Putin had discussed the recent referendum with Erdogan and Hassan Rouhani by phone on Monday.

Putin and Erdogan will meet on Thursday in Turkey, Ankara, where they are expected to discuss bilateral relations and regional developments.

On Tuesday a statement by the Arab League renewed calls for Iraqis to heal rifts and to engage in dialogue under Arab and international guarantors to resolve contemporary issues.

The League’s Secretary-General Ahmed Abul-Gheit said that “it’s still possible to contain repercussions of this [referendum] if concerned parties acted with wisdom and responsibility.”

Without specifying, he criticized efforts by some to fuel division and conflict in the region.

Abul-Gheit stated that the “interests of the Kurdish people in Iraq will only be achieved within a unified, federal, democratic Iraq based on respect of the Constitution, equality and citizenship.”

While KRG President Barzani has stated that the outcome of the referendum will not result in an automatic declaration of independence but with further negotiations with Baghdad, many have criticized him for risking the stability of the region for his own political safety.