Turkey is at the forefront of countries in terms of international investment and capital movements and wants to establish an institutional framework within the scope of the Istanbul Financial Center (IFC) project. 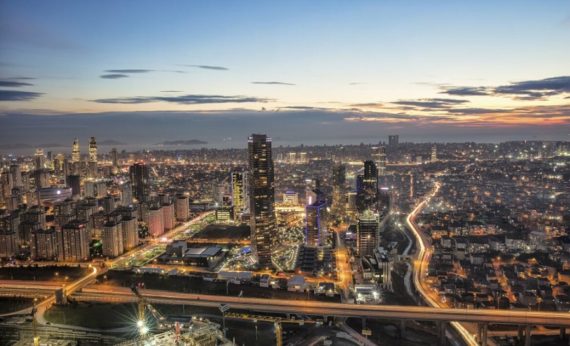 Today, financial centers, are formed to bring financial institutions together to provide more effective services and have become the subject of economic policies to stimulate commercial activities of countries and attract international investors. After the global economic crisis started in 2008, while capital movements in the world were flowing towards developing countries from developed countries, this situation has accelerated the establishment of financial centers operating on different continents.

In the post-2002 period, with Turkey’s massive economic transformation, Istanbul’s perception in the eyes of international finance circles has changed significantly. On the axis of changing foreign policy priorities, relations developed with the Balkans, the Middle East, North Africa and the Caucasus have brought Istanbul into a position where capital movements are driven by economic interests. While this situation enhanced Istanbul’s potential to become a center in the financial markets, Turkey’s strong position in the fields of banking and insurance, which are a sub-category of financial services, has enabled the emergence of the Istanbul Financial Center (IFC) project. The IFC project, which is one of Turkey’s 2023 targets, aims to make Turkey the central country in the area of finance.

Turkey’s strong position in the fields of banking and insurance has enabled the emergence of the Istanbul Financial Center (IFC) project.

Turkey, which is at the forefront of countries in terms of international investment and capital movements, wants to establish an institutional framework within the scope of the IFC project. Turkey’s rising international position will become permanent with long-term investments and strong institutional structure with the IFC project, instead of short-term capital movements. These economic gains will also play a key role in solving structural problems in the Turkish economy, especially in saving rates, making the IFC project important for the future of the Turkish economy. Nevertheless, parallel to Turkey’s increasing political and economic ties with the Middle East and the Islamic world, the Islamic Finance field has significant opportunities for the future of the IFC project.

There are number of advantages Istanbul offers as a global financial center, and efforts are underway to strengthen the city’s attractiveness even further.

Istanbul is the intersection point that brings together the most important financial centers of the world in terms of its central geographical position between East and West. This makes it an important tourism and culture city, and a center of attraction with its 4 hour flight distance to 56 countries and its developed transportation infrastructure. Furthermore, important steps are being taken every day to improve the city’s transportation infrastructure. Advanced rail systems, the third bridge and airport, and the Marmaray and Eurasia tunnels are important examples showing the continuously improving transport capacity of Istanbul.

Istanbul not only offers a great set of cultural and touristic attractions, but the city’s low real estate prices, labor costs and other operational costs make it a highly competitive location for a global financial center.

Although Istanbul is one of the most important cities in Turkey with a qualified labor force, it is necessary to support a capacity increase in this regard in terms of the future and functioning of the IFC. Particularly in the field of finance, the local labor force is expected and encouraged to grow, and international experts are expected to come to Istanbul.

In addition, the taxation system, the provision of safe legal infrastructure, and transparency and accountability are among the most important criteria for becoming an international financial center. Investors will find a predictable, reasonable, and encouraging tax regime due to the work being done as part of the IFC.

To further provide investors with confidence in a fair business environment, an arbitration center working along international standards is being developed as part of the IFC which will ensure the effectiveness of legal processes.

Language teaching is the infrastructure of a qualified workforce. Turkey, which is successful in the economic sense, plans to meet the needs of foreign language staff, especially in English, through educational reforms to become an important center in the field of finance.

The Potential of Istanbul as a Financial Center

According to the “Global Financial Centres Index“, a publication by the Qatar Financial Centre accepted as a reference in the evaluation of financial centers, factors such as the quality of the workforce, the functioning of the financial sector, the legal infrastructure, and the investment climate play a decisive role in a city’s position in global financial markets. Istanbul, which finds itself in the Global Financial Centers Index from 2009 onwards with the IFC Project, is on its way to becoming one of the most important centers with its rising performance.

Istanbul is on its way to becoming one of the most important centers with its rising performance.

According to the March 2016 index, of the top future financial centers, only Istanbul and Luxembourg are located in Europe, and according to the index, centers in Asia are expected to increase their activities and raise their position. Moreover, Istanbul ranks first among the centers in Eastern Europe and Central Asia. The position of Istanbul as a financial center between Eastern Europe and Central Asia brings with it the potential to become a new center in addition to the cluster centers in America and the Far East.

The June 24, 2016 Brexit referendum result will also help push Istanbul towards being a new global financial center.  Britain hosts the world’s most important financial center, London, and the country’s departure from the European Union will have an impact not only on the global economy but also the Turkish economy. The increasing risk environment and the low pace of sterling have threatened global markets, and the global economy has begun seeking safe havens. It is expected that the process of negotiating the Brexit, which will start after the conclusion of the referendum, will further contribute to the uncertain environment. This uncertainty will accelerate the reorientation of the global economy towards important, more reliable, financial centers such as Paris, Frankfurt, and Dublin. While the UK and the European Union are expected to enter an uncertain environment with the Brexit process for a while, with Istanbul’s potential to become a global financial center, the opportunity to fill London’s position should be on the agenda for Turkey in the near future.

Islamic finance is one of the significant areas for potential growth for the IFC Project, and has a possible potential to make the city an international financial center. Islamic finance, whose position in financial markets has developed rapidly in recent years, is at the forefront of global financial markets, with a $ 1.2 trillion market share as of 2015. The availability of capital from Gulf countries and the rising market share of Islamic finance has encouraged economies to take some initiatives to attract investment in this area. European countries, especially Britain, have applied serious incentives to attract Gulf capital to their countries, and Islamic finance has strengthened its position, as indicated by an increasing diversity of instruments in the field of finance, and a rapid proliferation in institutions providing compliant services.

This has also been true for Turkey, where a large part of the population is Muslim. Turkey’s strengthening economy and changing foreign policy after 2002 has resulted in closer geopolitical ties with the Middle East, and thanks to that Turkey has begun to strengthen its economic and commercial relations in the region as well, especially with Saudi Arabia and Qatar.

Istanbul needs to take some quick steps to meet the kind of international criteria in finance.

Looking at the IFC Project in this context, the endeavor will bring huge economic gains to Turkey in the sense that Middle East-oriented capital will turn into long-term capital flow instead of short-term money inflow. Turkey will turn into an investment center for the Caucasus, Middle East, North Africa and Balkans from an economic point of view, given the stability that Turkey enjoys in a region where many every day geopolitical risks are present. In this context, Istanbul’s quest to become a financial center will enable Turkey to develop its position in the international economy in addition to producing high domestic economic growth rates. With the IFC Turkey will be able to increase influence in these regions, and naturally, Istanbul will become a strong financial center in the region.

But Istanbul needs to take some quick steps to meet the kind of international criteria in finance mentioned above. These steps have been noted in the “Istanbul International Financial Center Priority Conversion Program,” and include: Establishing a new administrative structure, increasing the diversity of financial products and services, strengthening the legal infrastructure, improving the physical infrastructure in the cluster regions, strengthening the technological infrastructure, improving the qualified human resources, and developing participation banking and an Islamic financial system.

Eliminating these shortcomings will accelerate Istanbul’s integration into the global financial system and offer a new attractive option for international investors. With work already underway to meet these needs, and it is likely that Istanbul will soon become a regional and global center in the global financial sector.

Yusuf Emre Koç received his undergraduate degree in Economics, from Ankara University. He is currently pursuing his master’s degrees both in International Relations at Hacettepe University and in Economics at Ankara University. He has been working for SETA Foundation since February 2016 as a research assistant. His research interests are political economy, international economy, economic growth and development.