Britain has a greater obligation than any other western country to safeguard Palestinian rights, hold Israel to account, and show real commitment to bring about a peaceful resolution to the conflict. 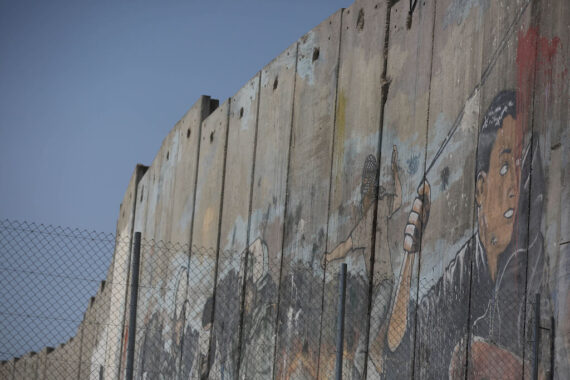 Separation Wall with depicting on it and military watchtowers built by Israel are seen as the refugees evicted from neighbors in Jerusalem, continue their daily lives under difficult conditions at Aida Refugee Camp in the West Bank town of Bethlehem on August 31, 2020. Photo by Issam Rimawi, Anadolu Images

December 11, 1917 is the day which changed the course of history for Palestine and its indigenous population and the day that wrote the first chapter of the land’s modern era of colonization, occupation, and dispossession. It is the day when Britain captured Jerusalem from the Ottomans and began laying the groundwork for the creation of the state of Israel in fulfilment of the Balfour Declaration.

Shortly after the United Kingdom’s Foreign Secretary Arthur Balfour signed a letter on November 2, 1917, declaring his government’s support for the establishment of “a national home for the Jewish people” in Palestine, British troops led by General Edmund Allenby turned towards the Holy Land.

“Jerusalem Operations” began on November 17 of the same year as part of the Sinai and Palestine Campaign against the Ottoman Empire during World War I. By December 7, the British had already reached the Holy City.

On the morning of December 9, Ottoman troops peacefully surrendered the city to British command with a letter from the city’s governor:

For the past two days, bombs have been raining on Jerusalem, holy to all communities. Therefore, the Ottoman Government, in order to safeguard the religious places from ruin and destruction, has withdrawn its forces from the city and has commissioned officials to take care of the religious places like the Holy Sepulchre and the Al-Aqsa Mosque. Hoping that your treatment will also be similar… 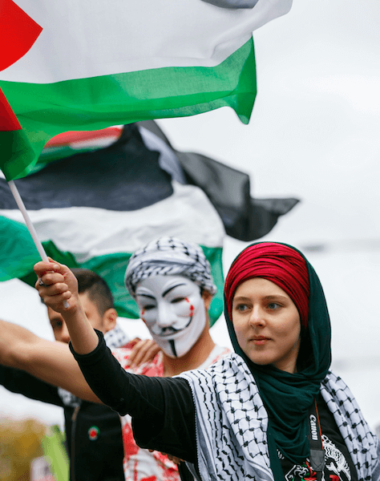 Then British Prime Minister David Lloyd George described the capture of Jerusalem as “a Christmas present for the British people” and numerous publications in the U.K. described the event as the “Last Crusade”

Jerusalem had fallen. General Allenby entered Jerusalem on foot through the Jaffa Gate two days later marking the beginning of the British occupation of the city. Upon his entry, a proclamation declaring martial law was read aloud in English, French, Arabic, Hebrew, Russian, and Greek, assuring residents that no harm would come to them or to the city’s holy sites.

Then British Prime Minister David Lloyd George described the capture of Jerusalem as “a Christmas present for the British people” and numerous publications in the U.K. described the event as the “Last Crusade.”

Although this was the first time that a Christian army had taken over the Holy City since Saladin had liberated Jerusalem from the Crusaders in 1187, British sovereignty over Palestine was not the end goal. It rather served as a step towards the formation of the Israeli state.

Facilitating mass Jewish immigration to Palestine and Britain’s gross disregard for the indigenous Palestinian population and their national aspirations eventually led to the establishment of the state of Israel in May 1948, reshaping the entire geopolitical order of the Middle East and North Africa.

Although the Balfour Declaration and the fall of Jerusalem set the cornerstone of the creation of Israel, the process was years in the making as British politicians worked directly and indirectly with the World Zionist Organization (WZO) to lobby the U.K. government to take a leading role in furthering their cause.

The insensitive manner in which Britain carried this out and its utter dismissal of the Palestinians can be best seen in the receipt of “One Palestine, Complete” signed by Viscount Herbert Samuel in 1920 three years before the Mandate for Palestine by the League of Nations came into effect.

The headed paper which resembles a receipt of merchandise marked the handover of control from the British military authorities to Samuel as the first high commissioner for Palestine. 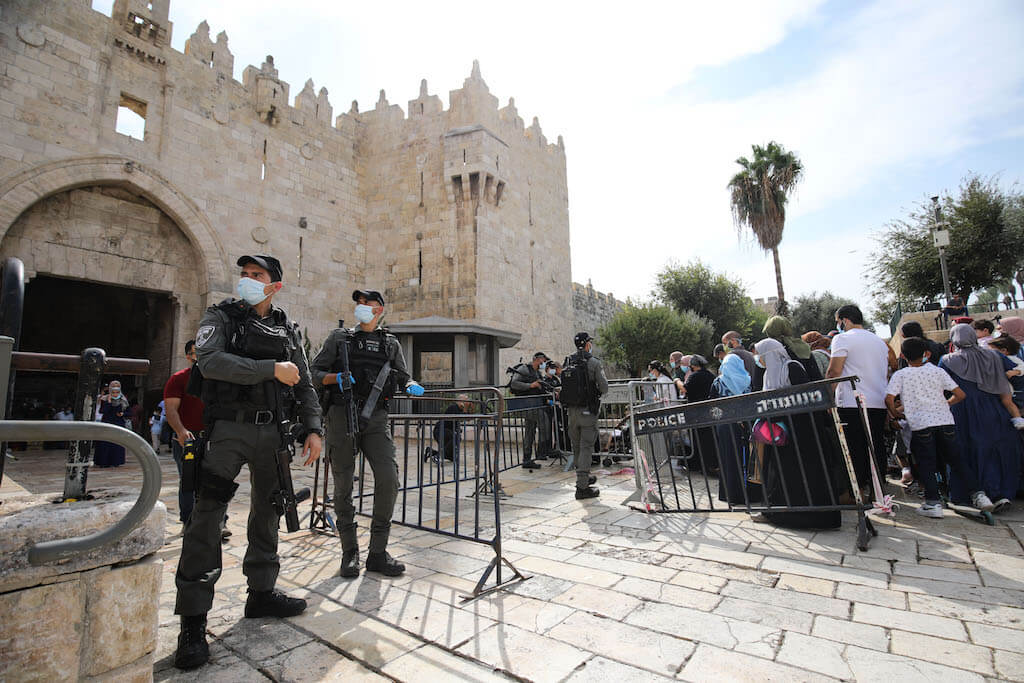 In the eyes of the Palestinians, who were seeking their own independence and right of self-determination, a foreign power with no legal title to the land of Palestine was handing over their homeland to Zionist settler colonialists who would go on to oppress them and deny them their rights for decades to come.

Though not a member of the World Zionist Organization himself, the liberal politician and the first nominally practicing Jewish cabinet minister actively campaigned for a Jewish national home in Palestine.

Although often overshadowed by Balfour, it was in fact Samuel who in 1915 proposed the idea of establishing a British protectorate over Palestine after the end of the First World War for the purpose of establishing a Jewish homeland in Palestine.

Samuel’s words continue to ring true today as Palestinians continue to suffer under a grinding military occupation which has left millions struggling for their most basic rights.

In a report reviewing his first year as High Commissioner in Palestine, Samuel said: “Zionists sometimes forget or ignore the present inhabitants of Palestine… many of whom hold, and hold strongly, very different views.”

Samuel’s words continue to ring true today as Palestinians continue to suffer under a grinding military occupation which has left millions struggling for their most basic rights.

Read: Arab Emancipation and the Liberation of Palestine

Britain has always revered the Balfour Declaration and its role in the establishment of the state of Israel.

Former U.K. Prime Minister Theresa May hosted her Israeli counterpart Benjamin Netanyahu in 2017 as they jointly marked the centennial since the British pledge that paved the way for Israel’s creation. “We are proud of the relationship we have built with Israel. And as we mark one hundred years since Balfour, we look forward to taking that relationship even further,” she said in a speech during the dinner in London.

Today, the U.K. sees Israel as a friend and an ally with whom they have strong diplomatic and trade ties, carry out joint military training, and enjoy a long history of intelligence and security cooperation. The two countries have already signed a contingency trade deal on preferential terms after the U.K. leaves the EU.

In 2019, Home Secretary Sajid Javid’s visit to Jerusalem, in which he placed a note between the stones of Jerusalem’s Western Wall, known amongst Muslims as the Buraq Wall, before meeting senior Israeli officials and praying at the Al-Aqsa Mosque, was the first visit by a U.K. cabinet minister in 19 years.

As far as the UK’s foreign policy stance towards the Palestinian-Israeli conflict is concerned, successive British governments have iterated and reiterated their commitment to a two-state solution, with a negotiated peace settlement that leads to “secure and recognised borders” for both countries and with Jerusalem as “the shared capital of both states.”

Current U.K. Prime Minister and then Foreign Secretary Boris Johnson published an article in the Daily Telegraph in 2017 ahead of the centennial, professing Britain’s pride in its role in Israel’s formation while calling for the two-state solution to be implemented, saying that he sees “no contradiction in being a friend of Israel…while also being deeply moved by the suffering of those affected and dislodged by its birth.” In fact, earlier that year Johnson went as far as to admit that the alternative to a two-state solution is “apartheid.”

Britain’s official stance and its criticism of Israeli abuses and practices, such as the continued expansion of illegal settlements in the occupied West Bank and the systematic ill-treatment of Palestinian children in Israeli military custody, among many others, recognize Israel’s flagrant violations and disregard for Palestinian rights enshrined in international law and their aspirations for an independent state.

However, Britain’s passive role towards the Palestinians, on the one hand, and its active support of Israel on the other, continue to facilitate Israel’s incessant illegal and immoral actions in the occupied territories and to sustain a brutal, decades-long military occupation.

In light of its historical legacy and significant role in the suffering experienced by Palestinians today, Britain has a greater obligation than any other western country to safeguard Palestinian rights, hold Israel to account, and show real commitment backed by concrete actions to bring about a peaceful resolution to the conflict.

VIDEO: Political Borders Are Redrawn in the Balkans, Caucasus and the Middle East 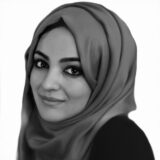