Despite harsh criticism against Turkey in the previous years for restricting the freedom of expression in social media and thus being anti-democratic, the Facebook transparency report tells another story in the light of the available statistical data. 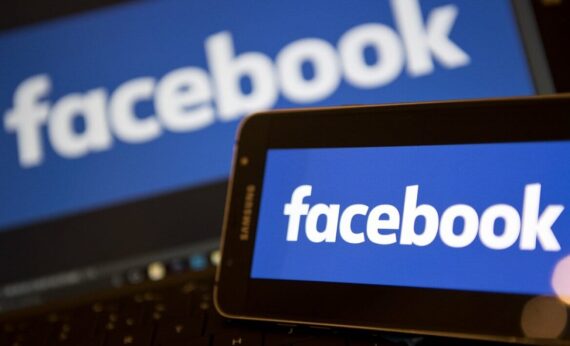 One of the most important debates of the modern world is the issue of balance between freedom and security. The norms that existed in the traditional world alluded to a political environment, in which freedom is restricted in favor of security. In society itself, there is a continuity that establishes an environment balancing the duality between freedom and security. In today’s world, the balance between the two has moved away from restricting liberties towards enhancing them, but there still continues to be a significant debate.

Twitter and Facebook, the most popular social media platforms, release periodic transparency reports to inform the public at large about their activities. Since 2013, Facebook has released reports every six months called “Publishing Information about Government Requests to Facebook.” These reports contain official requests made to Facebook regarding content removal and account information as well as Facebook’s responses to them. The company has recently shared the “Government Requests Report” with the public at the end of December 2016, discussing the issue in the context of restricting liberties.

The process, which began with government officials’ requests for information from Facebook as part of legal investigations, has entered a new stage. As governments find content violating their domestic laws, they contact Facebook and request limiting access to the content subject to their complaint. Having checked for legal sufficiency of government requests, Facebook may require greater specificity for legal grounds on requests.

Facebook then carefully investigates the request to determine whether the content violates the domestic law. If the content is proven to be violating the domestic law, the access to it is limited only in the involved country or region. In this regard, Facebook gives the example of Germany, where the denial of the Holocaust is illegal according to its laws, which, in turn, affects the outcome of these requests. In case a person in Germany shares content on his/her Facebook account denying the Holocaust, German officials report the issue to Facebook and the company restricts the related content.

How do governments rank according to Facebook’s transparency report?

According to the statistics on data inquiries, the United States is ranked first with 23,854 requests during the first six months of 2016. It is followed by India with 6,324 and the United Kingdom with 5,469 requests. It is noteworthy that European countries such as France, Germany and Italy follow these three, while Turkey holds the ninth place with 993 request. As for content restriction, France leads the list with 2,213 requests and followed by India, Germany, Brazil, Israel and Austria. Turkey is in 7th place with 861 requests in this category.

How should Turkey’s social media applications be seen in terms of its global position?

Besides content restriction, governments also demand various other forms of information from Facebook. Due to transparency concerns, since 2013, the company’s officials present the public with a detailed account of governments’ requests. Accordingly, Turkey made 993 “data requests” and 861 “content restriction requests.” Despite harsh criticism against Turkey in the previous years for restricting the freedom of expression in social media and thus being anti-democratic, the Facebook transparency report tells another story in the light of the available statistical data. After the report is released, Turkey’s requests for content restriction were approached from a different angle.

Behind the change of attitude, there is a fact that terror has found its way into Western countries. The terror attacks in French and Belgian capitals paved the way for Western governments to take a more cautious stance on the subject. Consequently, France became the leading country in the number of content restriction requests, while the U.S. is the leader in the total number of requests. Likewise, the U.K. and Germany held the leading position in terms of content restriction and data requests. To stop terror propaganda on social media, Western governments made a concerted effort to cooperate with social media platforms.

Following the report’s release, Jean-Claude Junker, President of the European Commission, told Mediengruppe, a German media outlet, that social media networks should boost cooperation with governments and expressed the need to avert misinformation. German Chancellor Angela Merkel also made statements regarding the necessity for struggling against social media accounts and websites that support terrorism and spread disinformation.

When restriction of liberties at the expense of security in extraordinary situations, such as terror attacks, is concerned, then, long-term criticisms against Turkey on the grounds of restricting social media become problematic. Turkey is facing a challenge of multi-faceted terror wave: to the PKK’s terror activities is now added Daesh and FETO. Any judgement on Turkey must take this reality into consideration, without which concerns of the Turkish government cannot rightly be understood, if that is indeed the real intention.