Mevlut Cavusoglu’s trip scheduled for March 19 has been postponed in the wake of Secretary of State Rex Tillerson’s firing, said the sources, who asked not to be named due to restrictions on speaking to the media. 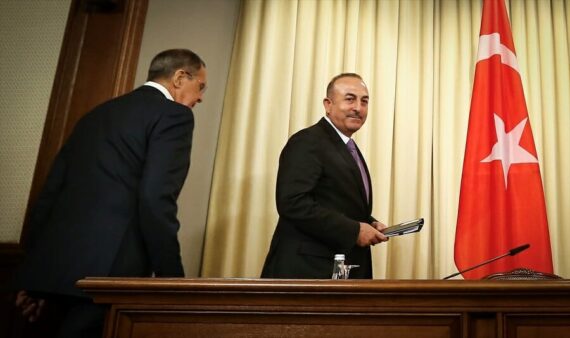 Turkey’s foreign minister has postponed a previously scheduled trip to Washington as the torch is passed at the U.S. State Department, Turkish diplomatic sources said on Thursday.

Mevlut Cavusoglu’s trip scheduled for March 19 has been postponed in the wake of Secretary of State Rex Tillerson’s firing, said the sources, who asked not to be named due to restrictions on speaking to the media.

On Wednesday, Cavusoglu said: “We would like to work with new secretary of state in the same vein.”

Turkey and the U.S. have been trying to iron out a number of issues, principally concerning the terrorist YPG/PKK in Syria, a group the U.S. has worked with, calling it a “reliable ally” in the fight against Daesh.

Turkey has strongly protested, pointing to the YPG/PKK as the Syrian branch of the PKK, a terrorist group also recognized by the U.S. and EU which has taken some 40,000 lives in Turkey, including those of women and children.

The terrorist YPG/PKK is also a main target of the Turkish-led Operation Olive Branch in Afrin, Syria, near Turkey’s border, meant to eradicate the terrorist threat to both Syrians and residents of Turkish border regions.

Also Read
Germany’s Muslims urge solidarity after mosque attacks
We use cookies to optimize your online user experience. To learn about our use of cookies and how you can manage your cookie settings, please see our Privacy Policy. By continuing to use our site you are excepting our use of cookies.Accept Cookies & CloseMore Info