Both leaders need one another. Macron can gain regional and global stature via Turkey; Turkey can gain renewed influence in other European capitals via Paris. 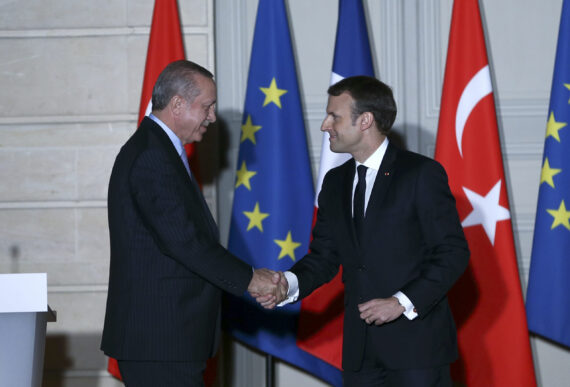 Is it not bizarre: even before French President Emmanuel Macron welcomed his guest Turkish President Recep Tayyip Erdogan on Friday 5 January, in Paris – for what after listening live on air to the press conference were very good bi-lateral talks indeed – that some in Europe’s anti-Turkey lobby had already pressed the panic button, pre-event and pre-press conference!

Probably shocked to witness the Turkish government not only continuing with, but now bringing its successful 360 degree foreign policy (back) to Europe, too, anything seems apparently justified to erect roadblocks.

It is however a shrinking group of self-styled Turkey ‘experts’ who would not hesitate to whenever, wherever – and even if the topic has got nothing to do with Turkey – somehow manage to utter negative statements about whatever contemporary Turkey is up to.

Rather alarmingly they continue to find a number of willing hosts and thus multipliers, unfortunately. My case study today follows. Why would otherwise a very successful European television channel – Euronews – reserve airtime? At stake: a broadcast from the day before President Erdogan took off for France and now available in a printable online summary, ‘What next for EU-Turkey relations?’ quoted Mr. Marc Pierini, an analyst with Carnegie Europe.

Someone with so many years of being on location in this enterprising nation should basically know better but here is what he said yesterday and what was still online as the two President’s prepared to meet before their press conference which kicked off at a few minutes after 1600 hours local time: ‘On the question of negotiations between the EU and Turkey, I don’t believe the visit will bring progress because the dismantling of the rule of law, in the context of European values, is now enshrined in Turkish law.’

If this well-respected commentator would have only waited until after the meeting as from the onset President Erdogan’s trip had a totally different agenda anyway.

Please note: this is an opinion piece and not a factual, minute by minute summary of President Erdogan’s trip to Paris. Shortly before his departure the president told reporters in Turkey that today’s face-to-face was a vital step in the furthering of bi-lateral relations, as well as for peace and the wider region in general, too; French commentators pre-event focused besides others on defense (industry) issues and the relevance to maintain contact plus Syria and the fight against terror. Turkish colleagues had mentioned Jerusalem, immigration and many other bi-lateral concerns besides the items already listed above. Yes, some in Europe referred to Erdogan’s visit (plus the Germany trip by Foreign Minister Mevlut Cavusoglu the day thereafter) as a charm offensive, but this is a totally different linguistic style and seen from a journalistic perspective still very much acceptable.

Before the two leaders addressed the media a number of protocols were signed, most notably Eurosam which concerns a consortium involving France, Italy and Turkey with regards to Turkey’s very own missile defense development capacities yet with so much wider economic and strategic relevance. Another priority protocol signed, which will be put into effect between Turkish Airlines THY and Airbus allows for closer cooperation in a sense of financial guarantees and acquiring new Airbus airplanes.

President Macron spoke first highlighting the importance of cultural, intellectual but as well strategic bi-lateral relations. The fight against terror, the economy and the on-going crisis in Syria were stressed. With a view to Turkey’s full EU membership Macron said that Turkey must stay solidly anchored to the EU and Europe. His guest in turn recalled that his country was by now waiting for 54 years outside the EU’s doors and that it is understandable when many of his citizens display EU fatigue.

But it seems that the Turkish delegation did not travel all the way to Paris to obtain a fixed date for EU accession. He and his delegation came to talk hard talk; talk tangible politics and this is exactly what he achieved, statesmanlike yet frank, same as his French host.

Economic and defense cooperation, agricultural cooperation and the fight against terror paired with the wider regional situation including Syria topped both leaders’ agendas.

The Turkish president came across as a real statesman. I would of course not say Emmanuel Macron did not, but somehow I got the impression that Ankara talks regional and global threats and politics whereas France still talks more Europe. Erdogan warned of global terror threats by DAESH but as well by FETO and the PKK, and discussed Jerusalem and the Palestine question and the United Nations.

Macron acknowledged that due to its 9000 kilometers long border with Syria and Iraq it would be Turkey facing (terror) threats first.

Both leaders need one another. Macron can gain regional and global stature via Turkey; Turkey can gain renewed influence in other European capitals via Paris. Both nations’ business communities prosper as a windfall profit so to speak. Both nations’ civil societies become closer to each other as another bonus.

A term coined by the Turkish president during the press conference is important. He referred specifically to those supporting terror either professionally including journalists or otherwise as the gardeners of terror. What he probably meant was that there is a core, but a much wider soft periphery of people who under various disguises float ideas either outright promoting, or latently supporting terrorism and that his government has started to locate, and judge those people by means of an independent judiciary.

Coming back to my opening paragraphs and if an Open Letter would be allowed incorporated into this short analysis: ‘Dear Sir, what would your proud nation do if heinous terrorists and coup plotters bomb your nation’s parliament, kill innocent citizens and plan on establishing a military dictatorship? Imagine your nation would do the same as the Turks hopefully re-gain control – how would you punish the perpetrators, the criminals, the murderers and above all else, their sympathizers who might still be plotting for a second try? Would you sit idle and wait for exactly this to happen? And what if a journalist misuses her or his professional immunity to actively support those coup plotters, either before, during or after the attempt to destroy a nation’s democracy? Would you let her or him walk free as one profession must be exempted from the rule of law? Turkey’s rule of law was not abolished by the government post-coup; it was almost destroyed by the coup plotters themselves instead. It did not work out. Turkey more than ever belongs to Europe and Europe more than ever needs a strong Turkey. Faithfully yours…’ 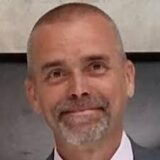