The U.S. and Afghan governments have no plan B at the moment, only the Taliban have a plan A and plan B. 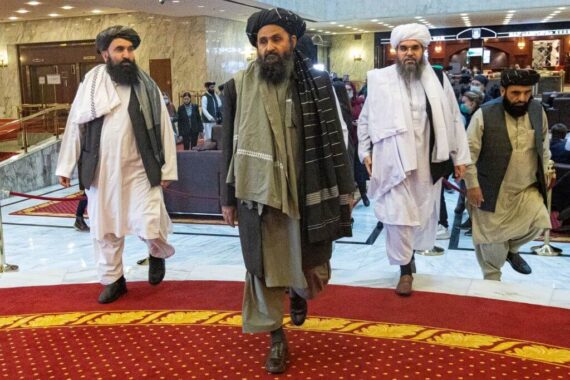 Taliban co-founder Mullah Abdul Ghani Baradar (C) and other members of the Taliban delegation arrive to attend an international conference on Afghanistan over the peaceful solution to the conflict in Moscow on March 18, 2021. Photo by Alexander Zemlianichenko, AFP via Getty Images

Mullah Fazal, a leader of the Taliban, and Abdul Rashid Dostum confronted a verbal clash when Mullah Fazal called Dostum a “traitor” and “killer” during the Moscow conference on Afghanistan last week. Russia hosted a two-day summit on Afghan peace with the participation of Afghanistan (Taliban and the government), China, Pakistan, and the United States. Another higher-level international conference is set to occur in Ankara next month to quest a political solution to the Afghan conflict.

Amid these peace talks, Afghans are worried about the future of Afghanistan and their destiny whether the Taliban and the Afghan government peace negotiations would prevail. The concerns also include the retaliations between influential Afghans and former commanders who had fought each other for several years; if they would reconcile or the country would descend to another civil war.

Here are the three scenarios:

The Taliban’s vowed Islamic system is entrenched as a so-called inclusive government where the Taliban would have more power. The Taliban would filter politicians and some government officials before merging them into an inclusive government. As a result, U.S. troops will withdraw from Afghanistan. Later, the Taliban would rectify the Afghanistan constitution and will bring dramatic amendments to it, which might not be acceptable to some of the castes and political parties. The revision will include adding and exercising fastidious Islamic law placing restrictions on women’s liberty, free media, public speech, and music which is already prohibited under the territory of the Taliban control.

This might create social and political disorder, and in the absence of strong security forces, the country will lead to vast insurrections. Since the Taliban have already vowed they would restore Islamic rule, it would raise the concerns and voices of the national and international human rights organizations over the rights of women and freedom of speech. The international community’s assistance is mostly contingent on human rights.

Thus, the international aid to Afghanistan would dry, and the Taliban (future government of Afghanistan) will not be able to carry the high costs of its military, which is currently $3.75 billion annually, to fight any future resistances against their administration. In addition, the Taliban would not recognize new titles given to their former foes with whom they have fought for several years. This includes deceased commander Ahmad Shah Masoud as the national hero of Afghanistan and Abdul Rashid Dostum as Marshal, who is also the leader of the Uzbeks in Afghanistan. This would create fractions, and resistances would emerge in different corners of Afghanistan.

The peace talks would break when the parties stand on their ego, increase violence in order to gain more on the negotiation table, or run the talks based on pure sharia law. The Taliban will try to take power by force and will engage in a heavy fight with the national security forces across the country. A senior Taliban official told CBC News the Taliban’s options in Afghanistan. He stated, “at the moment the U.S. and Afghan governments have no plan B, only the Taliban have a plan A and B. Our plan A is a peaceful political solution, and Plan B, definitely a military takeover.”

VIDEO: Afghanistan: why the Taliban can’t be defeated

In this case, the U.S.-Taliban peace agreement inked in Doha in February 2020 would break, and the Taliban and will resume their attacks on the US forces. On the contrary, it is being said the northern alliance thinks of confronting the Taliban if the peace talks fail. A local Tolo TV, in an interview, questioned Amrullah Saleh, the first vice president of Afghanistan for distributing weapons in the north of the country to confront the Taliban albeit Saleh rejected the claims. Taliban will not be able to take over Kabul in the presence of 8,000 NATO forces since Washington has a bilateral security agreement with the Afghan government for supporting and strengthening the national security forces.

However, it will exacerbate the violence due to the Taliban’s high morale and strength they have gained. In addition, NATO forces will not be able to surmount the Taliban, who are stronger on the battlefield than before. Apart from this, the Taliban has also received international recognition and openly forged with the regional powers: namely, Russia, China, and Iran.

Taliban and the Afghan government produce satisfactory outcomes of the talks and agree upon forming a government acceptable to all parties. Both parties show flexibility and give sacrifices. For instance, the Taliban agree to equal power-sharing rather than surpassing. In addition, they abstain from implementing Sharia law; however, both sides’ demands are met to a possible extent which would lead to a win-win situation. The deal will also include a perpetual ceasefire that the Afghans yearn for for several years and would move toward strengthening the security forces and building a strong state.

In this scenario, the prospective government would decide about its relationship with the international community and the support of the US and NATO to the future government of Afghanistan. In this scenario, the Taliban and Afghan government deal would not bring nationwide peace. The low-in-rank commanders and militants would not accept the deal unless the Taliban are fully in power and the Sharia law is exercised in Afghanistan. Therefore, these militants would remerge under a different flag and brand with the patrons of some neighbor intelligence.

Last week, in an interview with Vice News, a Taliban commander in Afghanistan warns the US new administration. He asserts “we are totally ready to fight. We do not get tired of Jihad. Injuries do not sadden us. Martyrdom does not pain our hearts. We win if we get martyred. If we are tired, that is a success. We succeed by just being at war. We will enter Kabul in victory. This is our way.” On the other hand, ISIS will remain, and some of the lingering insurgents might join them. It is also possible that some new insurgent groups would form.

The third scenario is obviously ideal since the violence will drastically reduce. Neither the ISIS nor the newly formed insurgents would be strong enough to challenge the new government formed by the Taliban and the current government. Under this scenario, the international community would continue supporting Afghanistan. The new government will further strengthen the security apparatus and would gradually turn the country economically and security-wise stable, self-reliant, and ultimately at a permanent peace. 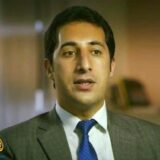