AK Party's Istanbul candidate to be revealed on Saturday

The AK Party is expected to reveal its candidate for Istanbul on Saturday. 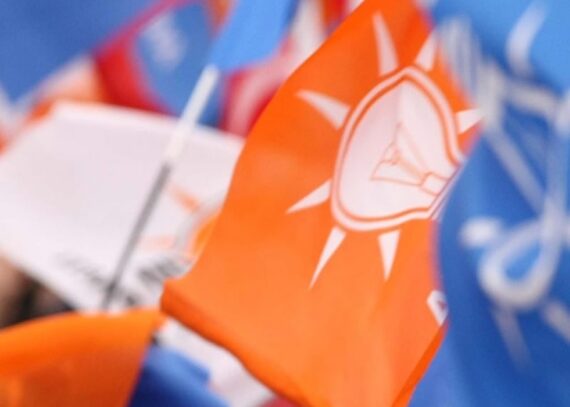 The AK Party is expected to reveal its candidate for Istanbul on Saturday. Binali Yildirim’s name has already been discussed in circles close to the party and he may be considered as the ‘common’ candidate of the People’s Alliance – composed of the AK Party and MHP. Devlet Bahceli already announced that MHP will fully support Yildirim’s candidacy in Istanbul.

The technical detail that both party’s leading figures are talking about is the fact that Binali Yildirim is currently the president of the Turkish Grand National Assembly. In the previous weeks there were rumors that Binali Yildirim will resign from his current position in order to run for the mayoral elections. However, rumors now suggest that both Erdogan and Bahceli don’t think it’s necessary for Yildirim to resign in order to become the candidate for Istanbul.

CHP leader Kemal Kilicdaroglu is yet to comment on this issue. Whether he is remaining silent due to the friendly meeting he held with Yildirim in December or whether he will use this as a tool during the election campaign is yet to be known.

The campaigns for Turkey’s local elections in 2019 will start in full gear next week. Above economic reasons, political analysts expect the potential military operation to be launched by the Turkish Armed Forces in the east of the Euphrates to have an impact on the campaign process and the results of the election.

Since the upcoming local elections will be the first of their kind in the new presidential system, there are some technical details that are being adjusted for these elections according to the needs of the new system in Turkey.

According to the current Turkish electoral law, which has been applied until now, the official authority to depose majors are in the hands of the Ministry of Internal Affairs. However, in the new system, the Minister of Internal Affairs can be appointed as a technical bureaucrat and does not need to be an elected representative. In this regard, the related constitutional bylaw will change and will give this authority directly to the President.

There are also some other details, like the protocol procedures or immunity issues of the mayors – that need to be regulated. These details and others are currently being studied by technocrats and whether or not changes will occur depend on the agenda of the parliament.