And The Day Came

One major question regarding the failed coup attempt in Turkey on July 15, is: why did millions of people flood into the main streets and squares of Turkey to stop the coup when the pro-coup soldiers declared a curfew, and even started shooting and bombing the civilians? 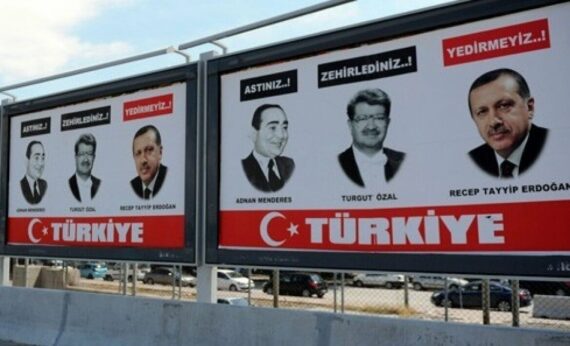 One major question regarding the failed coup attempt in Turkey on the night of July 15th, 2016 is: why did millions of people flood into the main streets and squares of Turkey to stop the coup when the rebel soldiers declared a curfew, and furthermore started shooting and even bombing the civilians? Was it just because President Erdoğan could reach out to the masses via his Facetime app and deliver his message of “Go to the streets and give them their answer”?

Was it a spontaneous call and a spontaneous mass response? I believe and will argue that while the timing and brutality of the coup attempt was unexpected, the possibility of a coup itself was not. It is an unfortunate tradition, or rather a curse that Turkey could never fully break, for Turkey’s right and center-right incumbent parties to be forced out of power by the military.The military in Turkey has a tradition of toppling down the democratically elected governments. The reasons vary but in general, the military elites tend to think that the public keep making the mistake of voting for the wrong guys. According to this ill opinion, politicians are nothing more than populist rhetoricians and do not care about the long-term interests of the country. Further, politicians do anything for reelection such as responding to the demands of the ordinary man on the street (a.k.a. democracy) rather than asking wisdom from the military which “only cares about the true interests of the nation”.

Middle EastBy Omar Awad
Accordingly, the military knows the true interests of the country but the elected politicians and voters just don’t get it. For such a viewpoint, the republic comes before democracy. The military is the defender of the republic and, when necessary, feels obliged to defend it against the people who elect the politicians. Until recently, such an understanding had a solid popular base in the society as well, not big enough to win the elections though. The supporters of the military tutelage especially in the bureaucracy, judiciary, and academia saw nothing wrong with the military hijacking democracy. Even today, some people shy away from calling the 1960 military intervention as a coup (darbe), but prefer to call it a revolution (ihtilal or devrim) instead.After all, the commonly heard phrase, “We are the soldiers of Mustafa Kemal [Mustafa Kemal’in askerleriyiz]” indicated that the military is under the command of Mustafa Kemal Atatürk rather than the current president or prime minister of the time. A coup plotter major and a judge associated with the coup arrested for being involved in the Gülenist coup attempt of July 15 both repeated the slogan “We are the soldiers of Mustafa Kemal.” Regardless of whether it was a genuine call or just a lip service to cover their Gülenist side, this slogan has always been in the back of coup plotters’ mind in the past and present. The military simply did not care about the higher civilian authorities who are alive and currently in office but chose to follow a ghost they created in their imagination.A former chief of the general staff had delicately summarized the military’s autonomy from the elected politicians, government, and any other higher authority in his secretly recorded tape in 2011. (Gulenists are argued to be behind the release and share of this voice recording, which is another proof that the coup is not a temporary problem, nor is it the problem of one single faction in the military. Rather it is a systematic problem of the Turkish military, which needs to be handled for once and for all.) The general, referring to the Article 35 of the Armed Forces Regulation which had been codified in order to justify the coups, stated “They talk about removing the article 35 or something of this sort. Remove it or not, we, as armed forces, exist for this. This is our natural historical mission. Nobody can give us advice on this. Nobody can tell us the opposite of it.”

I have made this long intro just to make one point clear. The Turkish armed forces have traditionally thought that, when it deems it necessary, it has the right to punish the politicians by crashing the democracy with a coup. But in fact, the military enforced all the previous coups (in 1960, 1971, 1980 and 1997) not because it had the right, but it had the might to do so. They had the tanks and civilians did not, this simple. As of 2016, the military still has the tanks and the civilians still don’t. Everybody knew this, so did President Erdoğan. And Erdoğan also knew that the military continues to be the same old military. Despite all the changes it went through, there was one untouched characteristic: they saw plotting a coup as a natural right of theirs.

Since his party came to power in 2002, Erdoğan has long been worried about a coup against his party, Justice and Development Party (AK Party). The AK Party has won five consecutive elections (a record in Turkish history) and received over 49 percent of the overall votes in the most recent one. However, the curse was still out there. Erdoğan and AK Party politicians kept their eyes open for the tanks in the streets of Ankara. For many, a coup was an inevitable end for the AK Party, which did not give up winning the democratic elections one after another. Erdoğan himself had lost his seat as the mayor of Istanbul in the aftermath of the 1997 coup and spent 4 months 10 days in prison. He was seriously warned a decade later in 2007 with a military memorandum and his party narrowly escaped from being closed by just one vote in the constitutional court in 2008.

Hence, Erdoğan and his followers long expected a coup and probably gave some thought to what to do if/when the day comes. Nobody did anything for the PM Menderes when he was arrested by a colonel in 1960 and was sent to death row in a year. Nobody came to the help of Demirel, Erbakan and all the other politicians in times of coups. But this time the story would be different. Erdoğan has long stressed that he did and will stand firm against any undemocratic intervention. He asked his followers to do the same and his followers had long promised to be ready. It was a matter of humor for the Turkish public opinion to see Erdoğan being greeted by his fans in shrouds (the cloth in which Muslims are buried upon death) in 2013. But the message was serious and clear: we are behind you ‘to death.’

In short, people did not flood into the streets to defend their PM Menderes in 1960 partly because they had no clue about how Menderes’ life would be brutally concluded by the junta and partly because they had no clue about what they could do to prevent or reverse the coup. The same went for the following coups of Turkey up until the one in 2016. This time, people were ready. They had been reminded of the bitter end of earlier politicians and were motivated to defend their votes and elected politicians against a coup. In other words, both Erdoğan and millions of his followers (plus, even greater millions of the entire Turkish electorate) were ready for a coup to occur.

The only error was, they long waited for a Kemalist coup to attempt to crash the Turkish democracy. However, the address was different this time as Gülenists were behind the coup. Nor was the brutality of the coup expected, as it was the most brutal attempt in Turkey ever, with 240 lost lives to defend the democratic regime. Nevertheless, Erdoğan and AK Party were clear on what to do against a coup and with this expectation, they transformed the Turkish electorate on what to do in case a junta tries to crash the democratic process in Turkey. Hence, Turkish voters had learnt their lesson, were ready and waiting for the coup even if they did not know when or from where exactly it would show up. I hope the Turkish military can also learn its lesson and eventually understand that it is not their job to teach people how not to vote. If there is one lesson the failed Gulenist coup attempt of July 15 can teach to the rest of the military, it is the unquestionable stupidity and extreme danger of plotting a coup in 21st century Turkey.

Note: The article picture at the top is a famous AK Party banner from 2013. Photos (from left): Former PM Menderes (text: you hanged him!), former PM and President Özal (text: you poisoned him!), and Erdoğan (text: we won’t feed him to you)