As Washington seeks to leave a fragmented Syria and Iraq, Turkey, facing grave security threats emanating from that very fragmentation, seeks to bolster democracy while preserving the territorial integrity of the region. 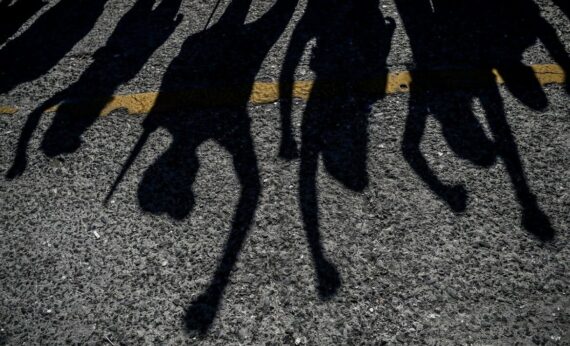 Turkey’s relations with the US are going through one of their most strained periods of all time. As Washington seeks to leave a fragmented Syria and Iraq so it can disengage from the Middle East, Turkey, facing grave security threats emanating from that very fragmentation, seeks to bolster democracy while preserving the territorial integrity of the region.

WorldBy Belkıs Kılıckaya
So far, US administrations have acted in the same way and made the same claim about the Middle East, namely that it is a conflict-ridden region whose people can naturally avoid living in a democratic way. In this regard, the Bush administration after 9/11 made a great mistake in diagnosing Islam as the source of terrorism.The Bush administration, after finding no legitimate explanations for the Iraqi intervention, later announced that the American government was there to bring democracy to the Iraqi people. By applying this top-down approach, the US administration thought that Iraq could become a role model for the whole Middle East. We know what happened afterwards. Due to the Obama administration’s preferred selective engagement strategy in the Middle East, Iraq, like other states such as Libya, Syria, and Yemen, has become a fragmented country along very dangerous religious and ethnic fault lines.

Yet there was a moment, back in 2009, when in his Cairo speech Obama talked about supporting the Arab people’s pleas for democracy in the Middle East, and hence made promises in this regard. However, in the aftermath of the Arab revolutions, the Obama administration preferred to move on by neglecting Middle Eastern affairs via its leading from behind strategy. That is why, several years later, Obama’s Cairo speech has left the Middle East – and the Arab World in general – in total disarray. Hence, it was no surprise to see the waves of the Arab Spring revolutions very rapidly taken hostage, either by new counter-revolutions that were led by military tutelage systems like in Egypt, or by the rise of failed states in places like Syria and Libya etc. These failing states in the region soon became the main causes of the enduring civil wars in places like Syria and Libya, and naturally this instability has once again been easily seized upon by the radical terrorist groups that arose in those weakened states.

Turkey’s stance when Obama delivered his Cairo speech in 2009 has converged with his promises made to Arab peoples’ desires in the direction of democracy, but this situation of convergence between the two sides about the prospects for the Middle East in general – and Syria in particular –soon diverged on certain crucial points.

While 2015 was an exceptional time, during which hope was aroused between Washington and Ankara as the two sides signed a deal for the use of Incilik airbase against DAESH. In return, Turkey had expected the US firstly to accept Ankara’s offer of creating a safe zone in the northern part of Syria, and secondly that it would stop its given and continuing support to the PYD, an offshoot of the PKK in Syria.

Despite the existence of the 2015 deal and Turkey’s warnings about the PYD, American promises made before the Menbic operation that Washington would not allow the PYD to cross over to the western part of the Euphrates river have so far not been fully met. That is why Turkey considered that launching the Euphrates Shield Operation was a real necessity to stop the two terrorist threats that are now emanating from Syria as direct threat to its own survival. It was alarming for Turkey to observe that DAESH’s retreat along Turkey’s southern border in Syria in the last couple of years was soon allowed to be filled by the PYD, another dangerous terrorist organization.

In the aftermath of the 2003 Iraqi invasion, Washington has been acting in the Middle East under the influence of a viewpoint that assumes the Middle East cannot be fixed, that the borders drawn after Sykes-Picot are unsustainable, and hence powers like US should not take all the responsibility of policing the region except in two instances; terrorism and the possible cut to the flow of oil.

In the last six years, while trying to fight against DAESH in places like the Middle East, Washington has preferred to cooperate with non-state terrorist groups like the PYD in Syria. In the Iraqi case, it is cooperating both with Shia militias – like Hasdi Shabi – and supporting the stationing of PKK groups in Sincar. Washington’s different alignments in the Syrian and Iraqi cases have surely increased the pace of the disintegration process that is already happening in these countries.

It is quite awkward that Western democracies in association with the Middle East are acting with the utmost pragmatism and doing everything to assure the international community that Islam and democracy cannot exist in this region, despite the wishes of the Arab peoples themselves.

Instead of supporting democratic models to sustain here, they are now presenting several models of fragmented state, in which one can find small statelets based on either ethnic or religious homogeneity, as the new prefiguration of the new Middle East.

However, because of the current fault lines present in the fragmented situations both in Syria and Iraq, and due to the forced migration and other oppressive methods that led to the displacement of people, the continuation of bloody wars seems certain unless they are given permission to return back. If not prevented, this chaotic picture is very much likely to give way to the complete disintegration of these countries. This likely chaos in the region is then expected to take many years, if not decades, during which time the people of this region will surely be deprived of democracy.

Unfortunately, the current US plans to redesign the Middle East with a divide-and-rule principle go back to the 2003 Iraqi intervention, and even further back, to the 1990s. Today’s fragmented and weakening central states in the Middle East are certainly the real evidence before us. This American preference for the Middle East is creating a real threat to regional stability as well as to Turkey’s security, because the US’s help for the PYD in Syria is not only giving these groups more fighting power but also strengthening the terrorist campaign that the PKK is waging against Turkey.

Moreover, this American assistance to the PYD in Syria is also fueling the division of the country by helping the set-up of a PKK-based Kurdish state in northern Syria across the border from Turkey. This is surely putting the future territorial sovereignty and integrity of Syria at risk.

The US’s efforts to support the PYD under the myth that it was the only capable fighting force on the ground has come to an end with the successful Euphrates Shield Operation of the Turkish Armed Forces and Free Syrian Army (FSA).

In the Syrian case before and during the Mosul operation, Turkey has developed serious security concerns due to the Americans’ behavior at the inception of the push to end the occupation of the city by DAESH. Ankara, from the beginning of the preparations for the Mosul operations, has made clear that she wouldn’t give up her existing base in Bashika and would take part via Ninova Keepers forces at the Mosul battle on the ground, as well as in the diplomatic negotiations regarding the future of Iraq’s territorial integrity.

Turkey’s legitimate warnings regarding the Mosul operation now seem to have been partially considered by the Obama administration. However, it is certain that Ankara, as in the case of Syria, is convinced to step up war against terrorist groups like DAESH and the PKK that have bases in Iraq. So, Turkey is keen to see what the US’s next move will be in the face of Turkey’s legitimate concerns about Syria and Iraq, especially in the wake of the Mosul Operation.

Amid the West’s projected plan that was outlined above, Turkey certainly stands out as a country that is capable of constantly adapting itself to the changing geopolitical conditions that surround it. Especially after seeing the West’s rejection of Turkey’s legitimate concerns about the developments both in Syria and Iraq, and after having left her alone in the fact of both soft and hard security threats emanating from these places, it recently decided to change its security paradigm.

First, Ankara’s 65th government, in line with the new contours of its foreign policy has decided to diversify its relations with both near and distant countries, reaching out to Israel, Russia, and Egypt over points of commonality. Turkey, before launching its Euphrates Shield Operation, has benefited a lot from these newly normalized relations. And it still does.

So far, Ankara’s operation has proceeded with great success in Syria, where DAESH has been cleared along its southern borders in an area about 100 km deep. Ankara, which has heard many times of Washington’s unfulfilled pledges that the PYD group would not be given permission to cross West of the Euphrates river, is now determined to meet the security threats beyond its borders, wherever they arise, and can hence be expected to act preventatively. But on the other hand, the Turkish Government is also very much serious about the preservation of the territorial integrity of both Syria and Iraq. Having experienced the failed coup of 15th July, Ankara is ready to continue defending the value of democracy at home.

Moreover, Turkey is even more prepared to see her neighbors pass on to practicing democratic governance, following the clearance of their homeland from occupation by all terrorist groups, thus giving way to the return of the groups who had been displaced by terrorist groups. On the night of 15th of July, when Ankara stood bravely with the Turkish people against the plotters, has helped to refute the stereotypical viewpoint that Islam cannot live with democracy. Hence, I fully share the viewpoint of many Turkish people that the Middle East sooner or later will eventually get a democracy established as the natural reflection of the people’s consent and will.

Go to Top
Also Read
“The US Needs a Reckoning, Not a Reconciliation”: An Interview with Sundiata Cha-Jua