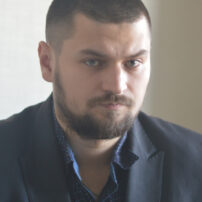 Anton Mardasov is a non-resident expert at the Russian International Affairs Council (RIAC) who writes about Syria as a non-resident scholar in Middle East Institute's Syria Program. Anton is the author of numerous articles in the Russian media, several studies and chapters of books on the Russian strategy in Syria and the Syrian opposition, as well as Moscow’s relations with Iran, Lebanon, and Egypt. His articles have appeared in Al-Monitor, Al Jazeera, Asharq Al-Awsat and others.