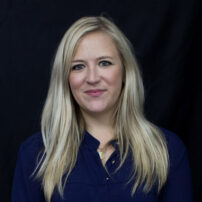 Dr Courtney Freer's work focuses on the domestic politics of the Gulf states, particularly the roles played by Islamism and tribalism. Her book Rentier Islamism: The Influence of the Muslim Brotherhood in Gulf Monarchies, based on her DPhil thesis at the University of Oxford and published by Oxford University Press in 2018, examines the socio-political role played by Muslim Brotherhood groups in Kuwait, Qatar and the United Arab Emirates. She previously worked at the Brookings Doha Center and the US–Saudi Arabian Business Council. Courtney holds a BA from Princeton University in Near Eastern Studies and an MA in Middle Eastern Studies from the George Washington University.

Despite uncertainty about what the newly established Omani-Saudi council may achieve, the Omani sultan’s visit…