Despite uncertainty about what the newly established Omani-Saudi council may achieve, the Omani sultan’s visit to Riyadh signals an increasing and notable willingness to work alongside the GCC’s largest country. 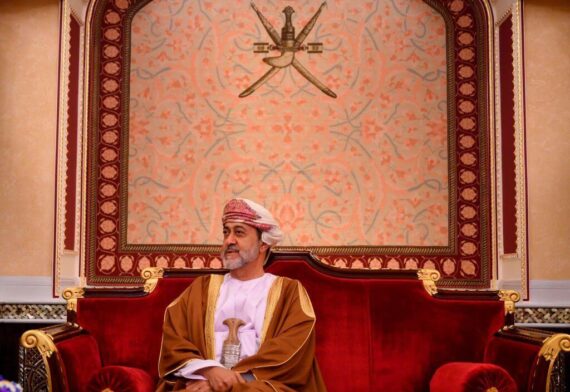 Oman's Sultan Haitham bin Tariq meets with US Secretary of State at al-Alam palace in the capital Muscat on February 21, 2020. Photo by ANDREW CABALLERO-REYNOLDS/AFP via Getty Images.

On July 11-12, Oman’s Sultan Haitham bin Tariq al-Said made his first overseas official trip since coming to power in January 2020, to Saudi Arabia. In the planned megacity of Neom, both King Salman and Crown Prince Mohammed bin Salman received Sultan Haitham, and the leaders discussed a variety of means of enhancing the Omani-Saudi relationship, including through the creation of a joint council to foster bilateral ties.

Historically, Oman has distinguished among its GCC neighbors through its independent foreign policy, with a special focus on mediation. Indeed, Oman has not participated in a number of GCC-wide initiatives, including efforts to stop protests in Bahrain in 2011 using the GCC’s Peninsula Shield Force, the war in Yemen, and it remained neutral during the GCC crisis between June 2017 and January 2021.

Although it has been a member of the GCC since its founding in 1981, Oman has always been outspoken against efforts to expand the reach of the regional body, in particular opposing the expansion of a common currency and monetary union, in addition to openly challenging Saudi efforts to upgrade the union in 2013.

Read: Will Oman Be Ready for a Post-Oil Future?

Today, however, as Oman faces economic challenges following the drop in oil prices in 2014 and the more recent downturn spurred by the COVID-19 pandemic, as well as dwindling oil supplies, its posture towards its neighbors may change. The IMF in February said that Oman’s economy decreased 6.3 percent in 2020 and would experience a modest 1.8 percent growth in 2021.

Given this economic context, Oman became the first GCC state to announce plans to implement income tax beginning in 2022. It also received $1 billion in aid from Qatar at the end of last year. And in a bid to attract investors, Oman announced a reduction in income tax for small and medium businesses for 2020 and 2021 and will offer long-term residency permits for foreign investors as part of Vision 2040, which aims to diversify the state’s economy in the face of diminishing oil reserves.

It is perhaps unsurprising that Oman this summer has experienced protests, largely linked to unemployment among Omani nationals, especially young people – the same cause of protests that emerged in 2011.

Considering these challenges, it is perhaps unsurprising that Oman this summer has experienced protests, largely linked to unemployment among Omani nationals, especially young people – the same cause of protests that emerged in 2011. There are at least 65,000 unemployed Omanis, many of whom argue that expatriates are given preference for jobs, particularly in the private sector, even when Omanis have appropriate education for such jobs.

Read: GCC-Damascus Rapprochement Can Pit Syria Against Turkey Even Further

Fueling concerns about foreigners taking jobs, a news story on May 18 revealed that 38,000 foreign workers had been employed in the private sector over the past year, while between 2020 and 2021, some 6,700 Omanis were laid off from jobs in the private sector. The government has pledged this year that it will create 32,000 new jobs to help ease the problem of unemployment, but larger structural economic challenges remain, as well as some demands for broader-based political reform as well.

In addition to domestic dynamics shaping Oman’s regional relationships, the GCC as a whole is reconfiguring its alignments after the Al-Ula Accord ended the GCC crisis in January 2021 that divided Bahrain, Saudi Arabia, and the UAE from Qatar, thereby creating greater freedom for these states to enter into agreements without considerations of the boycott of Qatar.

Further, new leaders took power in Oman in January 2020 and Kuwait in September 2020, and each will have his own personal style in engaging abroad, as well as distinct policy preferences. Given these changes, as well as the huge economic challenge presented by the pandemic, it is unsurprising that we are seeing new partnerships, as well as cracks in existing relationships, emerging. 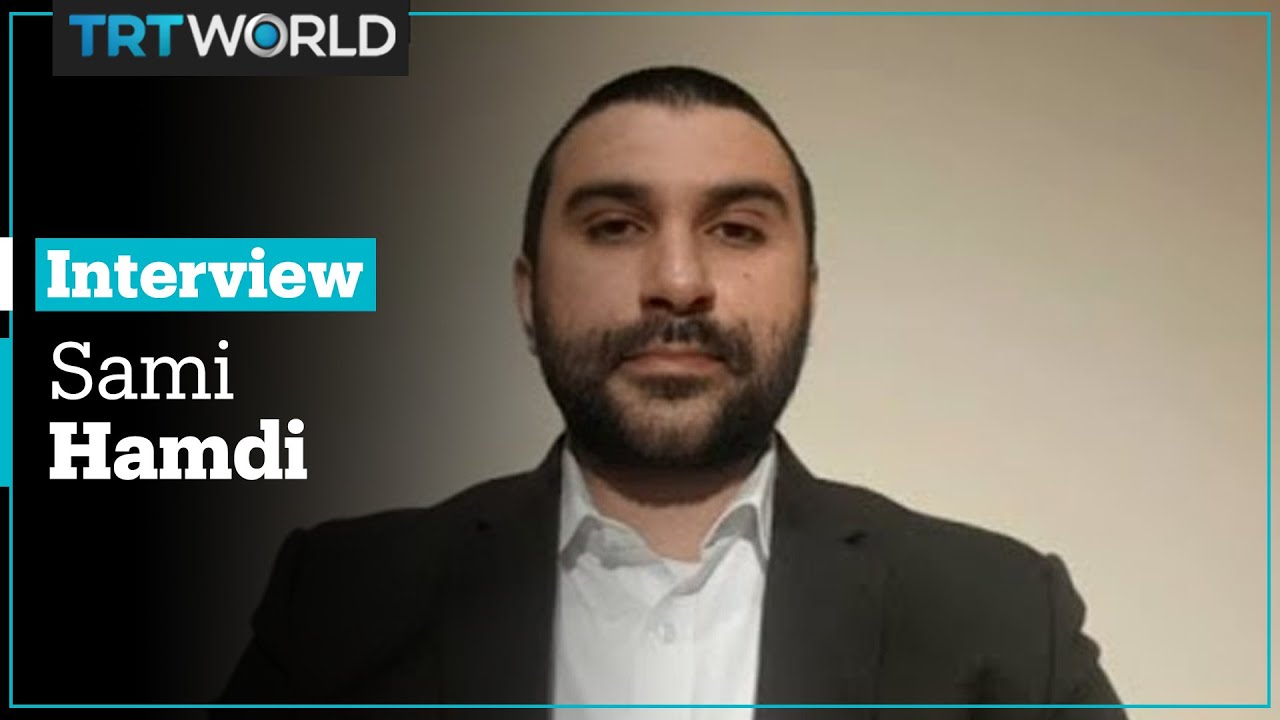 Of course, only time will tell how strong the bilateral ties between Oman and Saudi Arabia will prove to be. Thus far, the two countries have set up a coordination council, and the Saudi cabinet is said to have approved the drafting of agreements with Oman “in a slew of fields including commerce, culture, investment promotion and post and transport” – fields which would assist Oman’s economic position and likely help it create jobs that its citizens are increasingly demanding.

In addition, Oman is likely to work more closely with the Saudi leadership in its capacity in having joined UN-led efforts to mediate a ceasefire in Yemen potentially hosting the next round of Iran-Saudi talks.

Perhaps as important as what the council does or does not do in the future, however, is the fact that it has been established, signaling a potential recalibration of GCC relations, especially as the UAE-Saudi relationship has become strained in recent years. Indeed, in 2016, Saudi Arabia and the UAE established a similar body (the Saudi-Emirati Coordination Council) to facilitate bilateral ties, but the council met for the first time only in 2018.

In the past two years in particular, with the withdrawal of Emirati forces from Yemen in 2019, increasingly public differences in opinion about normalizing relations with Israel, and the most recent spat in OPEC+ about oil pricing and sustained production cuts, it is unclear where the coordination council stands and how effective (or relevant) it remains.

Despite uncertainty about what the newly established Omani-Saudi council may achieve, the Omani sultan’s visit to Riyadh, the first such visit by a leader in Oman in 10 years, signals an increasing and notable willingness to work alongside the GCC’s largest country – something which the Omani leadership has been more hesitant to do in the past. It will be instructive to see how other GCC states react to an emerging Omani-Saudi alliance and whether competition will emerge among the GCC states to engage with Oman.

In addition, the visit, importantly, demonstrates that Oman under its new sultan intends to remain an active mediator in the region, even while trying to address increasingly urgent economic challenges at home. Indeed, its efforts at mediation may grant Oman greater access to financial assistance from neighboring countries and regional powers alike, while carrying on the legacy of its long-serving Sultan Qaboos who pioneered Oman’s mediating role in the region. 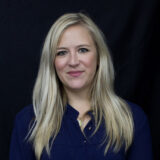 Dr Courtney Freer's work focuses on the domestic politics of the Gulf states, particularly the roles played by Islamism and tribalism. Her book Rentier Islamism: The Influence of the Muslim Brotherhood in Gulf Monarchies, based on her DPhil thesis at the University of Oxford and published by Oxford University Press in 2018, examines the socio-political role played by Muslim Brotherhood groups in Kuwait, Qatar and the United Arab Emirates. She previously worked at the Brookings Doha Center and the US–Saudi Arabian Business Council. Courtney holds a BA from Princeton University in Near Eastern Studies and an MA in Middle Eastern Studies from the George Washington University.

Also Read
Macron, the Gulf, and Islam
We use cookies to optimize your online user experience. To learn about our use of cookies and how you can manage your cookie settings, please see our Privacy Policy. By continuing to use our site you are excepting our use of cookies.Accept Cookies & CloseMore Info