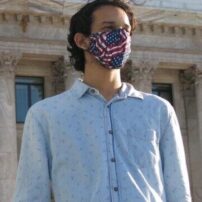 Gun Violence in the US and Puerto Rico: This Can No Longer Continue!

The Gun Violence Archive reveals that a total of at least 19,223 people lost their…