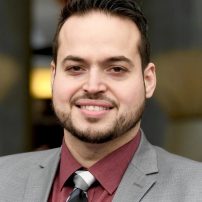 Tarek Khaill is the Education Coordinator for the American Muslims for Palestine (AMP). He is an attorney, lecturer, and activist. He worked with the Illinois Coalition Against Torture (ICAT), an organization which seeks to end domestic police torture and raise awareness of global torture. He was also a volunteer Attorney with the Council on American Islamic Relations (CAIR-Chicago), the nation’s largest Muslim civil rights and advocacy group. Tarek lectures on topics such as modern Palestinian history, Middle East politics, and Palestinian rights under international law.