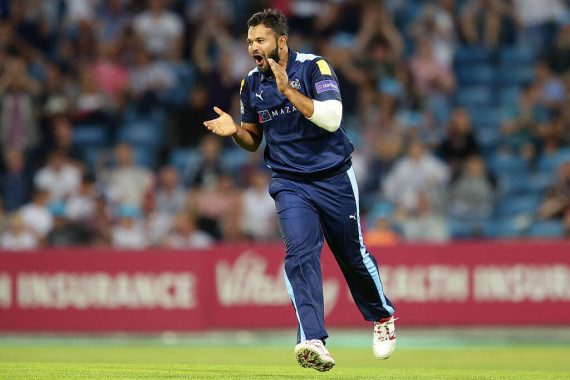 Azeem Rafiq is a 30-year-old former professional British-Pakistani cricketer who played for Yorkshire for the majority of his career. He captained England at the youth level before becoming Yorkshire captain in 2012. In a September 2020 interview with ESPN Cricinfo, he claimed that “institutional racism” at Yorkshire County Cricket Club had driven him to suicidal ideation. During his time at the club, Rafiq states he was subjected to constant abuse, including the use of racist language about his Pakistani heritage.

He addressed UK parliamentarians about his requests for Yorkshire County Cricket Club (YCCC) to take disciplinary action after an inquiry revealed he had been exposed to racial harassment and bullying. Rafiq spoke before a parliamentary Digital, Culture, Media and Sport (DCMS) hearing on Tuesday 16, 2021, following a tumultuous month that saw many charges of racism levelled against former YCCC players. Senior Yorkshire administrators are also expected to testify. He said: “All I wanted to do was play cricket. Towards the end of my first spell but constantly throughout I knew there was something wrong. I started taking medication for my mental health. It was really tough.”

A 57-page witness testimony, published by the DCMS select committee as part of Rafiq’s submission to an employment tribunal, went into excruciating detail about Rafiq’s experiences, which included hearing racist remarks from several other former Yorkshire and England players, including Matthew Hoggard, as well as sustained abuse and bullying from Ballance and former Yorkshire coach and captain Andrew Gale.

In his testimony he stated, “throughout my time at YCCC, I experienced racism, discrimination, and bullying, which I believe was because of my Pakistani ethnic origins. This made me feel unwelcome and that I wasn’t a valued cricketer or member of the club. It undermined my confidence and ultimately my performance, and drove me to depression and suicidal thoughts”.

He also stated that a former Yorkshire player Gary Ballance used the name “Kevin” as a disparaging term to refer to Black and Asian players and he later understood that another England player named his dog Kevin as it was a black dog.

The committee had to take a pause for several minutes at one point as Rafiq struggled with the emotions of remembering unpleasant memories, including being forced to consume alcohol when he was 15 years old.

“I got pinned down at my local cricket club and had red wine poured down my throat, literally down my throat,” the 30-year-old said. “The player played for Yorkshire and Hampshire. I then didn’t touch alcohol until about 2012 and around that time I felt I had to do that to fit in.”

The allegations of institutional racism leveled by Azeem Rafiq against Yorkshire have resulted in several resignations from the county’s board and continue to shake English cricket. Yorkshire stated the probe was underway in October 2020, and Rafiq delivered his initial testimony before the county-convened panel the following month.

While the investigation was ongoing, Rafiq filed a legal claim against the county under the Equality Act in December 2020, claiming he was subjected to “direct discrimination and harassment” on the basis of race, as well as victimization and detriment as a result of his efforts to address racism at the club.

Reactions from the British Asian community

Azeem Rafiq’s statement about the prejudice he faced as a cricket player has sparked outrage within the British Asian community, not only in Yorkshire but across the country. The alarming charges that players of color were referred to as “Kevin” and used terms like the “P-word,” “elephant washers,” and othering them as “you bunch” were widespread and have shined a bright light on the sport’s profound systemic racism.

Azeem’s testimony, as a result, has shown a wide support from ethnic minority communities across the UK on the importance of speaking out against systemic racism. Many have felt that they wouldn’t have been supported and that it would have been swept under the rug, which is why he feels that it is “important that we don’t let this moment go”.