Belarus and Ukraine as two Slavic nations that share special affinity, which makes a label of an aggressor towards a brotherly nation is difficult to bear. 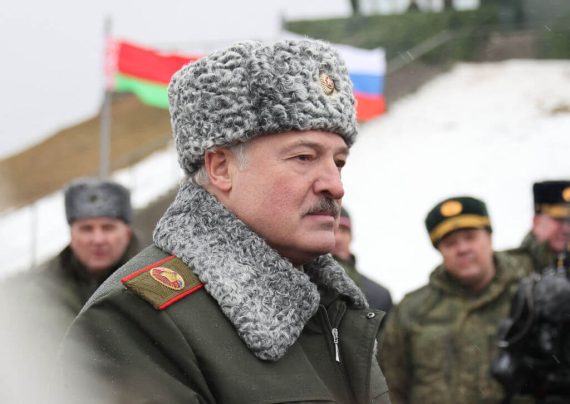 Belarus' President Alexander Lukashenko attends a joint exercises of the armed forces of Russia and Belarus as part of an inspection of the Union State's Response Force, at a firing range near a town of Osipovichi outside Minsk on February 17, 2022. Photo by Maxim Guchek, BELTA/AFP via Getty Images

The war in Ukraine has brought about a significant change in the politics of alliance between Russia and Belarus. Alexander Lukashenko provided the territory of Belarus for Russia’s deployment of its military equipment, which allowed for missile launches and the deployment of ground forces heading towards Ukraine. The Belarusian regime was condemned for its decision to support Russia, eventually becoming the target of further sanctions due to the “support for, and facilitation of, the invasion” of Ukraine by Russia, which were introduced by the United States on February 24, and followed by the UK and Japan shortly after.

The alignment of the Belarusian position with the Russian one has been unprecedented. Prior to 2020, both allies had concerns about the other’s reliability, producing a tension known as “intra-alliance security dilemma” that is underpinned by a combination of two internal forces: the “fear of abandonment,” which refers to being deserted or losing support (including political) based on the perception of a risk that the partner will defect in the face of significant costs emerging from prospective actions; and the “fear of entrapment,” which refers to the possibility of being dragged, via one’s alliance commitments, into a conflict over interests held by an ally, even though one might not be a party to those interests.

Considering the state of the Russia-Belarus alliance politics in 2022, the Russian fear of (political) abandonment was mitigated given the mutual solidarity of the two authoritarian countries’ leaders shifting into dictatorship. When Vladimir Putin’s extended support to Lukashenko in the aftermath of mass social protests and the political crisis in 2020, he guaranteed Lukashenko’s political survival, at a time when the West, responding to mass human rights violations, repressions, and torture in Belarus, started to adopt sanctions.

Russia’s unwavering support continued in May 2021, after the forced landing of Ryanair Flight 4978 and during the 2021-2022 migration crisis at Belarus’s borders with its Western neighboring countries (provoking a ban on EU aircraft flying over Belarus in addition to further, and more extensive, sanctions packages).

Lukashenko’s alignment with the position of Russia on the war in Ukraine may not be fully surprising, but it does stand in stark contrast with the previous policy. Prior to 2020, and especially following 2014 Russia’s annexation of Ukraine, the Belarusian regime was highly conscious of the implications of Moscow’s growing control over Belarus, including via the rapid exploitation of unrest. Back then, Belarus’ active Western diplomacy and Belarusian divergence from the Russian position on a number of points earned Belarus the title of Russia’s “containing ally.”

Today, however, the Belarusian regime is endorsing Moscow’s controversial decisions, including, a de jure recognition of Crimea as a part of the Russian Federation (which took Lukashenko over seven years). And in the days that marked the beginning of Russia’s invasion, Lukashenko, while reiterating that the Belarusian soldiers were not fighting in Ukraine, stated that they could be deployed in the future.

This is, however, not to say that the Belarusian “fear of entrapment” is mitigated. A deployment of Belarusian soldiers in a fully fledged war would represent a radical break with Lukashenko’s cornerstone ideology of peace and stability as something outweighing everything else and justifying all costs. Such a radical break raises the question of Lukashenko’s support from a critical part of Belarusian society that thus far had been hesitant to openly oppose the regime.

Prior to 2020, the Belarusian sovereignty was viewed as guaranteed by Belarus’s cooperation with the West, including the EU and U.S.

To be sure, the central concern is Belarus sovereignty, as constantly emphasized by Sviatlana Tsikhanouskaya, Pavel Latushko, and other representatives of the Belarusian opposition in exile. Even if Belarus’s alignment with the Russian position demonstrates the value of the alliance with the Russian elites, therefore justifying Russia’s future economic and trade concessions, resisting growing Russian influence (including the idea of Belarus becoming a part of Russia itself) remains a crucial problem.

While prior to 2020, the Belarusian sovereignty was viewed as guaranteed by Belarus’s cooperation with the West, including the EU and U.S., the new position of a comprehensive alignment with Russia leaves a very small margin for balancing. In this regard, remarkably, another poll by Chatham House, conducted in late 2021, registered an increasingly negative stance of Belarusians to the possibility of Russian airbases being established on Belarusian territory: 48% in November 2021, compared to 39% in July 2021.

Who will pay a high price?

Finally, Belarus and Ukraine are two Slavic nations that share a special affinity, and this makes a label of an aggressor towards a brotherly nation especially difficult to bear. The leadership and the population of Ukraine feels betrayed by Lukashenko who has been personally reassuring Kyiv for years that Belarus would not become a platform for aggression against Ukraine.

Prominent Belarusians who paid a high price for their position of openly condemning the Belarusian regime in 2020, such as  Melitina Staniouta, have also noted a distinctive treatment “due to the passport.” Reflections of such a changing position towards Belarusians as a whole have emerged, paradoxically, as anti-war protests have been spreading in Belarus – a country where any dissenting voice is a crime by definition, and where it takes no more than a retweet for one to be imprisoned.

Belarusian protesters are certainly aware of the mass and ongoing repressions in their country that have produced 1,076 officially recognized political prisoners as of March 1, 2022; of severe human rights violations; and of torture in prisons and detainment facilities. However, they have not stopped raising their voices, even after 800 protesters have been detained as of February 27.

As the war in Ukraine continues, the world needs to be reminded: the Belarusian regime and the people of Belarus are not the same. As suggested by the High Representative of the European Union for Foreign Affairs and Security Policy Josep Borell, Belarusian protestors have to be applauded for their courage and support for Ukraine. 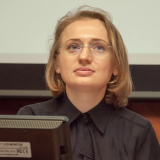 Alena Vysotskaya Guedes Vieira is a Professor at the University of Minho, Portugal, and the integrated member of the Centro de Investigação em Ciência Política. She has extensively published on Belarus and its relations with Russia, and was the author of reports for several international organizations, including the European Parliament.